Audible.com dominates the market when it comes to audiobook subscription models, and it’s not hard to see why: they offer an excellent service at a great value.

Of course, with such a great service, it’s natural to wonder if it might just be a “too good to be true” situation, especially when big corporations, in general, aren’t usually known for their strong ethics.

So if you’re wondering how ethical a company Audible may be, and whether you’re comfortable giving them your money, read on, because that’s exactly what we intend to dig into today.

Here’s Audible’s Ethics in a Nutshell:

Audible.com is a fully-owned subsidiary of Amazon.com Inc. Audible has faced criticism for its use of Digital Rights Management (DRM) and one-sided dealings with authors. Its parent company Amazon has repeatedly come under fire for workplace abuse and environmental impact. 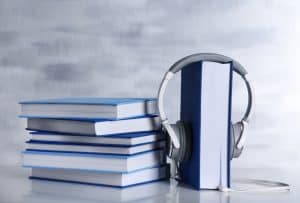 Is Audible Fair to Authors?

Audible is something of a mixed bag when it comes to its impacts on authors.

On the one hand, Audible has pushed the growth of the Audiobook market dramatically since its inception, making it a viable revenue stream for publishers, and in turn for the authors they publish.

But on the other hand, Audible still uses DRM to enforce total control on what both authors and customers can and can’t do with the audiobooks it licenses.

Audible has an effective monopoly on the Audiobook market, which means they get to “set the rules” as it were because nobody’s competing with them on a sufficient level to challenge their control.

Other audiobook services exist, both in the form of individual-purchase stores and subscription services, but Audible has the largest library by far, and offers the best value for your money.

This can certainly seem like a good thing, but when a single company controls a given market this extensively, it puts everyone else at a disadvantage when dealing with them.

Getting back to the impact on authors, Audible forces authors to agree to their restrictive terms if they want their audiobook to be included in Audible’s library.

This means that even if an author wants to distribute their audiobook without DRM, or wants it to be available to public libraries, both things Audible does not allow, the author has little choice in the matter.

While an author could in theory choose not to deal with Audible, the monopoly Audible has makes this very difficult, and most authors are forced to agree by circumstance.

In practice, very few publishers will take an author seriously if they don’t want their audiobook on Audible because it represents too large a loss of potential profits for the publisher.

Is Audible Fair to its Other Partners?

Anyone who’s played the infamous board game by the same name should have a decent idea of why a monopoly is bad: it benefits the individual or institution with the monopoly, and nobody else.

Audible’s control over the audiobook market is no exception to this rule, and it allows them to set everything up such that all other players are forced to do things the way Audible wants them to.

While publishers and other partners may deal with Audible because it brings them the most profit, they’re just as trapped in this deal as the authors.

Audible’s DRM and exclusivity agreements mean that publishers and the authors they publish cannot distribute their work anywhere else.

This forces publishers and anyone else partnering with Audible to play by Audible’s rules, or be doomed to lower profits and probable failure otherwise.

Read this blog here about how do Audible podcasts work?

How Strongly Is Audible Attached to Amazon?

Audible.com was originally an independent company, but as of now, it’s a fully-owned subsidiary of Amazon.com Incorporated.

Audible was founded in 1997, and its first product was an eponymous audio player that could be loaded with audiobooks from Audible’s online library.

So while this wasn’t always the case, the answer to the heading question today is: entirely attached. Audible is completely owned by Amazon, and Amazon therefore entirely calls the shots.

Is Amazon Generally an Ethical Company?

We do our best to consider all sides and sources before answering questions like this, but frankly, the amount of evidence against Amazon is too staggering to come to any other conclusion.

Amazon takes every opportunity to avoid paying taxes by funneling money through holding companies in other countries with more favorable (for Amazon) tax laws.

And tax-dodging is only the tip of the iceberg.

Amazon has no policy on living wages for workers at any stage in its operations, with employees often forced to work in unsafe conditions for unlivable wages.

For example, a 2018 Seattle Times article revealed how a Chinese facility owned by Amazon forced temporary/contract workers into unpaid overtime and paid them well below average wages for the area.

And this is just one of the countless examples; there are so many cases of Amazon mistreating its workers both at home and overseas, that we could write a book trying to cover them all.

In recent years, workers have been pushed to unionize to demand fair wages and humane working conditions, because Amazon will not provide them unless literally forced to by organized workers.

Besides tax-dodging and mistreatment of laborers, we must also consider Amazon’s impact on the environment.

And as you might be likely to guess by now, they don’t do so great on that front either.

Granted, Amazon certainly pretends to care, because it would be bad PR not to. But they tend to leave important details out of sustainability reports.

For instance, their July 2019 sustainability report simply did not mention the environmental impacts of their electronics or clothing textiles.

The areas they left out of their report are those with the largest general impact on the environment, and their exclusion from reports is suspicious, to say the least.

In short, Amazon has a habit of pretending to care about the environment and cherry-picking its reports to create the illusion of sustainability, while in fact doing a great deal of damage.

Finally, we’d be remiss not to mention that Amazon fails abysmally in the animal rights category as well.

Amazon places no restriction whatsoever on the sale of goods like furs and silks with notorious animal cruelty problems.

Read our blog here about does Audible do refunds?

Does Audible Care About Our Nature and the Environment?

As we’ve covered, Audible is a fully-owned subsidiary of Amazon, so it’s not really useful to talk about whether Audible cares about the environment or not because Audible is just an extension of Amazon now.

Granted, this was not always the case, and before Audible was purchased by Amazon, it likely had a much better track record on ethics across the board, including environmental impact.

That’s speculation on our part, mind you, but frankly, it wouldn’t be very hard to do better than Amazon in that regard.

Regardless, the point is academic in the present day, since Audible no longer has any independent decision-making power.

Thus, to answer the question, we have to look at Amazon’s environmental impact rather than Audible’s, because there’s no longer a meaningful difference.

And we already answered that question in the previous section. Suffice it to say, they failed.