Wouldn’t it be nice if you could watch HBO, Starz, and Showtime on your TV through an app?

There are powerful broadcast companies committed to keeping their programs off of IP-based devices.

This blog post answers these questions by revealing the truth behind these networks’ stance on taking these channels online.

Due to the way that HBO utilizes DRM (digital rights management), this service currently isn’t compatible with AirPlay. AirPlay is a proprietary Apple protocol that allows mirroring an iOS device’s display to an Apple TV but this is not possible with HBO as they have viewing rights that prevent this. 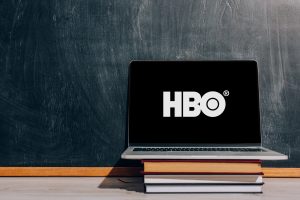 It also allows audio streaming from an iOS device or iTunes on a computer to AirPlay-compatible devices (including the Apple TV).

This means you can’t stream content directly from your iPhone or iPad to your television via an Apple TV unless you use HDMI or another wired connection.

This makes HBO the only primary streaming service that doesn’t support AirPlay—a fact which was highlighted in a recent article by The New York Times:

Though most other major services allow streaming via AirPlay, including Netflix and Hulu, HBO does not. In an email exchange, Andrew B. Rosenthal, vice president of product development at HBO Digital Products, said his company had “no plans ” to add support for either Chromecast or AirPlay.

Can You AirPlay HBO?

Yes, you can AirPlay HBO. There are two ways to do it, depending on how you watch HBO:

Either way, the best way to AirPlay HBO is by mirroring the content onto a computer screen with Reflector 3 (which is both Mac- and PC-compatible), then accessing that screen with Apple Airplay from any other screen device.

HBO Max has a pretty robust streaming library, but the service does not yet support AirPlay, which means you can’t use AirPlay to stream HBO Max content from an iPhone or iPad to your Apple TV.

So if you want to watch HBO Max on an Apple TV, the best way is to use the HBO Max app for iOS or tvOS.

Unfortunately, there is a bit of confusion around the subject. In the past, HBO went on record and said that it would block AirPlay support for its new HBO Max service.

However, nothing on the FAQ page indicates anything has changed since that statement was made.

The good news is that the Apple TV app is available on all HD and 4K versions of Apple TV. Some users have reported encountering some problems while using AirPlay to mirror their iPhone to their Apple TV so they could watch content on their television.

However, as long as you are using an iPhone running iOS 12 or later and an Apple TV running tvOS 12 or later, you should be able to use AirPlay to stream directly from your phone to your television without any issues.

Why Can’t I Airplay HBO To My Tv?

If you don’t have an Apple TV, you may wonder why HBO is not on Apple TV?

While HBO Max is not yet available on Apple TV devices, it can still be used through your Apple device. You can stream HBO Max to your Apple TV using AirPlay.

However, AirPlay is limited to streaming content from your iPhone or iPad (not Mac) in standard definition (SD) due to technical restrictions.

As soon as AirPlay supports streaming in HD and 4K, we will enable this feature for subscribers.

Check this blog about HBO on Amazong Prime.

Why Can’t I Screen Mirror HBO?

There are a few reasons why you may not be able to screen mirror your HBO app. Here is a list of the most common reasons:

Does HBO Work With iPads And AirPlay?

If you’re looking for a way to enjoy HBO content on your iPad or iPhone, Apple’s AirPlay technology is an excellent option.

The streaming service works with this system, allowing you to use your Apple smartphone or tablet as a remote control while viewing your television.

While it isn’t possible to stream HBO’s iOS app directly to your TV through AirPlay, the streaming service does allow you to beam videos over the air from its apps on either device.

Provided you have both an Android device and an Apple TV hooked up, here’s how you can mirror video from one screen onto another:

How To Stream HBO On Apple TV With Airplay?

Before we delve into the details, here’s a quick explanation of how AirPlay works.

If you have an Apple device (e.g., iPhone or iPad) with iOS 4.2 and later, you can connect to your Apple TV wirelessly through Airplay Mirroring, which lets you stream whatever you’re looking at on your screen to an HDTV via a WiFi network.

This is ideal if you want to play music or watch a movie while lying in bed—and it’s also useful for business presentations because it allows other people in the room to see what’s on your computer screen.

Though HBO doesn’t make it easy for subscribers to use AirPlay on their devices, there are ways around this restriction.

Good News Is That AirPlay Isn’t Impossible with HBO.

The good news is that AirPlay isn’t impossible with HBO.

But it’s worth noting that getting it to work may change with every new update to iOS, tvOS, and macOS. And you might need more than one device on hand to make it happen.

To get things working on an iPad or iPhone, you’ll need a second Apple device running tvOS 12 or later—an Apple TV 4K or Apple TV HD, for example.

To AirPlay content from your iPad or iPhone running iOS 13 or later to your Apple TV, simply swipe up from the bottom of your screen and tap the “screen mirroring” button (it looks like a rectangle with two curved lines underneath), and select your Apple TV from the list of options that appears.

For users who prefer to cast their screen from Macs—and don’t have access to a second Apple device—you can still play HBO content on your Apple TV by connecting an HDMI cable directly between them.

But if you already have an iOS device running iOS 14 beta hanging around, keep in mind that HBO doesn’t currently support AirPlay from devices running this software version.

So even if you’re not unable to cast your screen using a Mac, you might have better luck using another method instead.

So, does HBO block airplay? The answer is a resounding no. There’s no reason not to try AirPlay from your Mac or PC if you have an Apple TV.

Just be sure that your operating systems are up-to-date (10.6 for Mac and 7 for Windows). And if you aren’t able to mirror your screen, there are other options like using third-party apps on your TV or using a device like Chromecast instead of Apple TV.

Be sure to also read this blog about HBO vs Showtime: Which has the best content?