Apple Music is a popular music streaming service and a direct competitor to the pre-existing giant of Spotify. Before Apple Music launched, Spotify was the music service to use; others exist too, but none with libraries so massive.

With so many streaming platforms available, it’s natural to wonder if different services might have something new to offer, like maybe better audio quality?

If you’ve found yourself musing on such matters, wonder no more because the audio quality of Apple Music is exactly what we’re taking a close look at today! 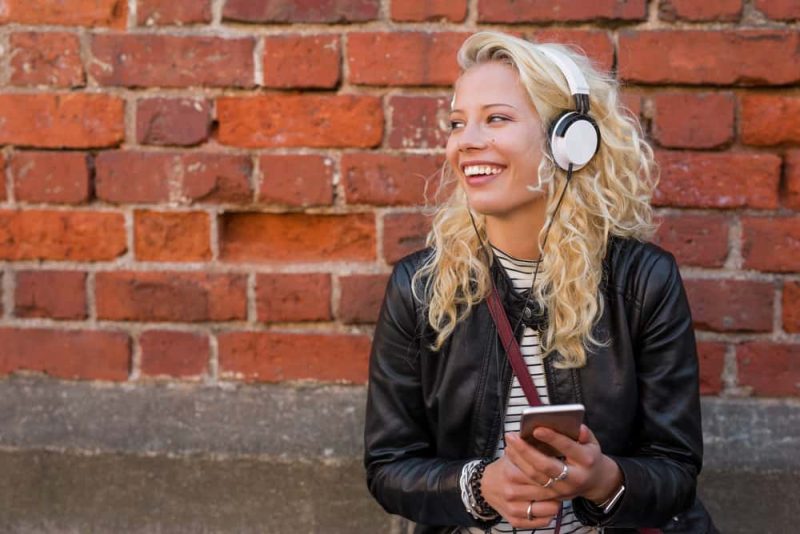 What Does “CD Quality” Equal in Streaming?

This is actually a surprisingly complicated topic.

To explain, we’re going to have to define a few terms before we can make sense of the question.

First off, there’s the difference between “lossless” and “lossy” compression formats.

In file compression, a “lossless” compression format means that when the compressed file is decompressed again, it will return exactly the same data as it had before compression.

By contrast, a “lossy” compression format means that the file loses some details when it’s compressed so that the decompressed file will return almost exactly the same data.

This means that true to the terms, lossless compression incurs no loss in quality, while lossy compression does incur at least a small loss.

Now, what does this have to do with “CD quality?”

Well, CDs are lossless in the sense that whatever you encode onto the CD will be stored exactly as it is and play back with no loss in quality.

However, that doesn’t mean that the data on the CD is going to be the same as the master recording.

This is because, while the CD itself will not compress or lose data, the data which gets encoded onto the CD may be compressed beforehand and therefore incur a loss in quality.

There’s also the vinyl vs. CD debate, and the reason some people still prefer vinyl records is that CDs are often not capable of storing the full-quality studio version, and vinyl records are.

So as you can see, asking if something is “CD quality” is a bit of a loaded question, because the truth is very complicated, and what “CD quality” means will differ from one CD to another.

With all that said, however, what we can say is that the closest equivalent in streaming to your average CD would be lossless audio streaming.

Notably, Apple Music does offer lossless compression as a streaming and download option, but more on that later.

For now, just remember that “lossless” streaming is the closest you’ll get to the quality of listening to a CD, and “lossy” streaming will be slightly lower quality than most CDs.

Does Apple Music Sound as Good as CDs?

As we’ve just covered, asking if something sounds as good as a CD is a tricky question because the quality of CDs varies.

That said, we’ll assume for the sake of argument that we’re talking about a CD encoded at the maximum quality possible for the medium.

Apple Music offers more than one streaming and download option for subscribers.

The “normal” option that you’ll get if you just hop onto Apple Music without changing any settings is their default streaming encoded in a lossy compression format.

Now, let us be clear that most people (read: those who aren’t major audiophiles) will find this sounds just fine and might not even notice the difference between it and higher quality options.

But there is also the lossless option Apple Music offers.

In this case, what you’re hearing when you stream or listen to a downloaded Apple Music track with the lossless option is probably directly comparable to a CD track.

In short, we can roughly summarize by saying that the default streaming option is not quite as good as listening to a CD, but the lossless option is.

Check out our solution guide to Apple Music pausing after a few seconds!

Here we have yet another question that requires us to define more terms before we can even begin to answer it.

Namely, in this case, what does “HD quality” even mean, exactly?

Well, the truth is a bit muddy because different people will use it to mean different things.

However, the Recording Industry Association of America (RIAA) has tried to set a formalized definition. According to the RIAA, High-Definition audio is defined as any audio file with a higher than 44.1 kHz Sample rate or higher than 16-bit audio depth.

And what does that mean exactly?

It would take longer than we have in this article and far more technical detail to fully explain, but the important takeaway is that 44.1 kHz at 16-bit is what CDs operate on.

Therefore, we can take the RIAA’s definition to mean, roughly, that “HD Audio” means “Audio better than CD Quality.”

Now, it’s important to note that while the RIAA’s formalized definition exists, it’s not universally used by everyone.

This means that some companies will claim that something is “HD” when it’s actually less or equal to CD quality.

To really be sure, you’d have to read the fine print and compare it to the numbers we gave above. For the sake of consistency, though, we’ll use the RIAA’s definition in this article.

And going by that definition, we can safely say that, no, Apple Music does not play all songs in HD quality.

At least, definitely not in Apple Music’s standard default format.

The lossless option is another story.

We’ll get into the details in the next section, but suffice it to say that by the RIAA’s standard, some of the lossless Apple Music tracks are CD quality, and some are HD (better than CD quality).

If you’re using the Voice subscription plan, this is all you’ll have access to.

However, if you pay slightly more to get the Individual plan, you’ll also have the option to stream or download songs in a lossless format.

The exact quality of each track available in ALAC varies, but they are all at least CD quality, with some exceeding that threshold and falling under the RIAA’s standard of High-Definition.

Which Music Streaming Service has the Best Sound Quality?

While there are a number of different streaming services out there, the two giants with the biggest libraries are easily Spotify and Apple Music.

As such, we’ll be focusing on a comparison between those two, although one service called Tidal gets an honorable mention for being a dedicated lossless audio option.

CNET did a review of Apple and Spotify, comparing the sound quality between the two services, and also using Tidal as a point of comparison for its lossless audio.

This review found that, overall, Spotify had the better sound quality, with Apple Music sometimes sounding more distant and tinny on certain tracks.

It also generally found Tidal to have the superior versions of any given track, although this is because Tidal uses exclusively lossless audio, and was being used as a control for the tests.

This test was done before Apple introduced the lossless option of ALAC tracks to Individual Plan subscribers, so it does not mention this option.

That said, what we can gather from these results is that Spotify has higher quality when using the default, lossy compression options.

However, Apple Music’s ALAC encoding option, as well as dedicated lossless services like Tidal, are at the top of the pile by sheer virtue of what lossless audio means.

About Lossless Audio in Apple Music
Spotify vs. Apple Music: Is there a Difference in Sound Quality?
High-Resolution Audio
Was this article helpful?