There are several different types of extension cords and cordsets available on the market. The most important thing to know is that they are not all created equal.

When you’re charging your devices, it’s important to get the most out of your cord. This makes sure that your devices are optimally charged.

So what about extension cords? Do they affect the charging time?

Extension cords will affect charging time. The longer the cord, the less power you can draw from it. This is because there is only a certain amount of watts passing out the outlet. If you use a long extension cord, it will take longer to charge your device because of the watts lost. 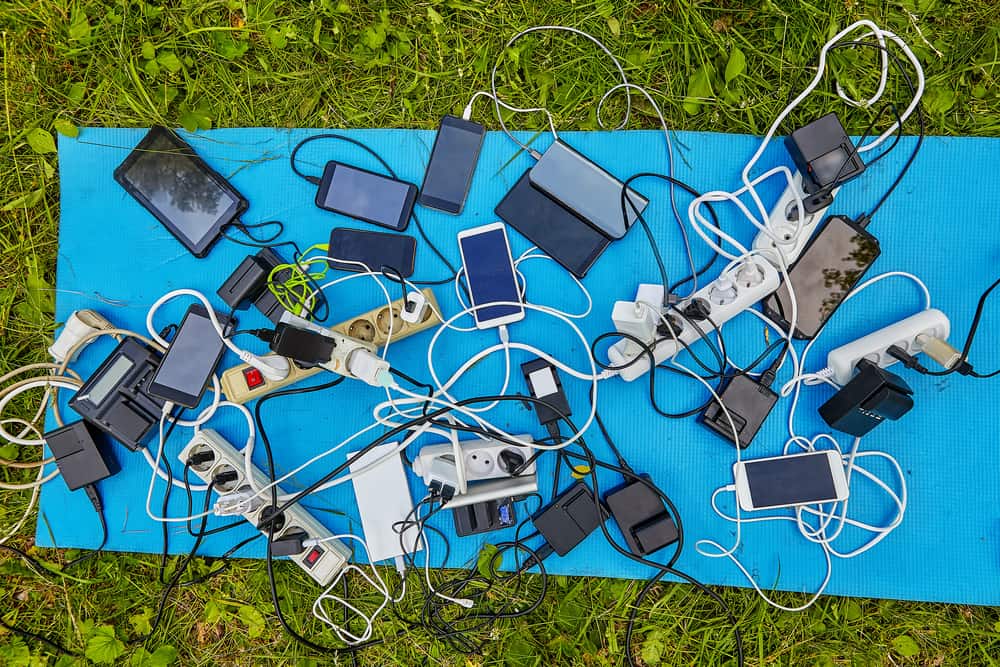 As long as you are using a good quality extension cord, there should be very little difference in charging time. The main thing to consider when using an extension cord is whether or not it is rated for the amperage of your device. This is why cords that come with devices are so short and only allow for 1 or 2 Amps of charging.

The other thing to consider is if your device supports fast charging. If so, then you will want a good quality USB Type-C cable that can deliver up to 3 Amps.

If you’re charging a large device, like a laptop or tablet, then we recommend getting a 15 Amp extension cord which will let you use the full power of your wall charger.

The short answer is yes. The longer answer is that it depends on the length of the extension cord and how much electricity you’re using.

When you plug in an extension cord, one of these components will begin to heat up if too much electricity is flowing through it.

In most cases, it’s the female end that becomes hot — especially if you’re charging an iPhone or iPod Touch.

When you plug in an iPhone or iPod Touch, the device immediately begins drawing power from its battery. That’s because it needs energy to boot up and initialize its software.

Once this process is completed and your device is fully functional, it stops drawing power from its own battery and instead draws power from the wall outlet via your extension cord.

If there’s too much resistance in your extension cord, though — such as when you try to charge your device with a very long cable — then the device won’t be able to draw enough power from its outlet and will shut down automatically because of low battery power).

When you plug in your iPhone or iPad, it begins drawing power through the wall adapter and into the device itself.

If there’s a problem with the wall adapter or if there aren’t enough volts coming out of it, then it might not be able to provide enough power for your device to charge properly.

If that happens, you’ll see an alert message saying that your device isn’t charging properly and may need service from Apple or another company who specializes in repairing phones and tablets.

For smartphones, charging time depends on the battery capacity of the phone.

Let’s take an example of iPhone XS Max, which has a battery capacity of 3,174mAh.

However, if your phone is using a slow charger, then it will take more than 2 hours to charge the phone completely.

If you connect your iPhone XS Max to a 5V/2A AC adapter (a fast charger), then it will take approximately 1 hour and 50 minutes to charge fully.

The short answer is no, not in the way you might think.

The longer answer is that it depends on what kind of cord you’re using and how long it is:

In home wiring systems this isn’t usually an issue because they’re designed to handle a certain amount of resistance and voltage drop without experiencing any problems.

But if a device has a lot of resistance (like some older appliances do) or if there’s a lot of distance between points A and B (like with extension cords), then voltage drop becomes an issue — and that’s what causes slow charging speeds.

Read our blog here about do extension cords reduce power?

The charging speed of your smartphone depends on many factors:

Should You Plug Phones and Laptop Chargers into Sockets for Fast Charging?

Your phone doesn’t know if it’s being charged by a computer or an AC plug-in charger — it just recognizes the voltage being supplied by whatever it’s plugged into (usually 5 volts).

If you plug your phone into an extension cord with multiple outlets, then each outlet will be supplying different amounts of power (depending on how many other devices are plugged in).

This means that some of those outlets will supply less than 5 volts while others may give more than 5 volts.

Most chargers are also smart enough to slow down or stop charging when they’re full — a feature called “automatic voltage regulation.” This prevents damage to your devices by preventing overcharging and overheating.

Can Extension Cords Wear Out Over Time and Change Charging Speed?

The short answer is yes — but not by much.

If there’s no resistance in the path between two points — like when there’s no wire connecting them — then electrons will travel freely from one end to another without having to go around anything else first.

The cord itself can become damaged over time from repeated bending or twisting. This can cause the wires inside the cord to break down and fray at the ends.

When this happens, you might notice that your phone charges slower than normal. The same problem could happen with other devices that plug into electricity through a cord like lamps or fans.

You should ALWAYS throw out extension cords and power strips if they are getting hot or look worn!

Why Does an Extension Cord Affect the Charging Time?

If you’re using a MacBook Pro or other laptop that requires a specific voltage for charging, for example, using a lower-voltage extension cord could cause it to take longer to charge.

Apple says its 12W USB Power Adapter and 29W USB-C Power Adapter can be used with any USB-C enabled device that supports charging over USB-C in addition to Apple’s own Lightning cables.

However, it warns against using third-party chargers because they may not deliver enough power or may even damage your device.

Similarly, the company recommends against using third-party Lightning cables with its devices because they may not be certified safe by Apple. For example, if you connect your iPhone XS or XR to a Lightning cable from an unofficial manufacturer instead of Apple’s official cable, there’s no guarantee that it won’t damage your phone — even if it appears functional at first glance.

Many people believe that the longer an extension cord, the longer your charging speed will be. However, this is true but the drop is very small, in most cases.

The real reason for slow charging speeds is voltage drop, which is caused by the power supply being unable to deliver enough juice to your device at all times.

Read our blog about can I leave chargers plugged in all the time?