Whenever a corporation gets incredibly popular or successful, it tends to get snatched up quickly be even bigger companies looking to get a slice of the pie.

With Etsy, this wasn’t the case.

Etsy has been owned by Etsy Inc. since its inception in June of 2005 and has not been bought out by another company to date. They have since acquired other online marketplaces and eCommerce sites, and have allowed sellers to partner with manufacturers.

Furthermore, Etsy has done all it can to emphasize the importance of human interaction and creativity into their business plan – this sets them apart by allowing themselves to do well on their own without compromising their principles. 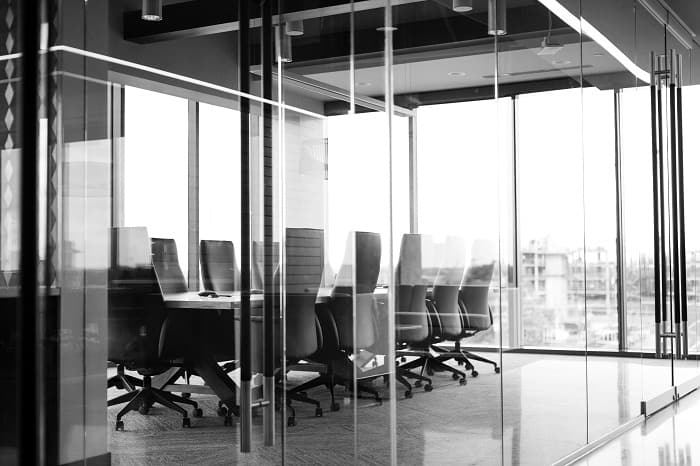 Etsy is owned by Etsy Inc. with John Silverman as the current CEO of the company. He and Etsy Inc. Board of Directors has been running and operating Etsy fon their own without the support of a parent company.

Due to Etsy’s success and “boom” from 2005 to 2011 (before becoming a stable, household name and major online eCommerce marketplace), they have been able to maintain themselves and have even acquired other eCommerce marketplaces like A Little Market and Blackbird Technologies.

Their staff and CEO’s have changed hands since creator and co-founder Rob Kalin’s firing in July of 2011. Furthermore, Etsy has been working hard to become a major competitor against brands like Amazon Handmade and eBay.

Through all these efforts, Etsy has become a worldwide phenomenon with customers in the millions each year running through their site, buying products, and making connections with small business owners and handmade sellers all over the world.

Etsy does not professionally partner with other sites such as Facebook, eBay, or Amazon.com.

As of 2020, Etsy’s major competitors are sites such as Amazon Handmade and eBay.com.

However, it does teach and recommend sellers to promote their shops on social media such as Instagram, Facebook, Twitter, and others. While this is not necessarily a partnership, many sellers and customers find that using this method does help Etsy shops get noticed and grow their buyer bases.

Furthermore, there are many blog posts and Etsy Seller Handbook entries about how to utilize these other sites to your advantage in order to be bigger on Etsy.com in the future.

While there is no partnership there, one could argue that you can’t have a popular Etsy shop without working on external sites to get the word out there about you and your products.

How is Etsy Different from Amazon and eBay?

Etsy is different from Amazon and eBay in a number of ways.

For one, Etsy is its own search engine and marketplace, catering to a specific clientele and holds its sellers to standards of “handmade” and “vintage” items. They also offer premium options for sellers as well as the ability to purchase a domain name for your shop – that way you can branch out farther and grow your business bigger.

Because of this, Etsy has created a unique and specific name for itself, which sets it apart from the competition every single time!

Amazon and eBay both allow their sellers to sell anything – whether that is reused items or antiques that were not made by the owner, to brand-new collectibles and major clothing brands through connections and partnerships with big fashion conglomerates.

Furthermore, Amazon had to branch out and create Amazon Handmade, a clear response to the popularity of Etsy and the genuine originality that it boasts. This has made customers, and sellers wonder if Etsy is the better option, especially if world corporate powers like Amazon are trying to emulate it.

Etsy, however, only allows its sellers to outsource their work to third party manufacturers. Even if they are getting their photos or watercolor replicas printed by a different company, they are still operating under “handmade” because the ideas and designs are almost always completely original.

This is a huge difference from the online marketplaces of Amazon and eBay, which are used for convenience on many products you could get at the supermarket or mall.

Instead of partnering with massive companies that mass-market their products in other countries or within the United States, Etsy works hard to push their “originality” and “handmade” brands and small business owners to the forefront of the market.

Amazon also allows major fashion industries to use them as a seller instead of solely on their own websites or within their own stores. Etsy does not allow this – instead, they like to cater to small business owners who gradually got big over time to run through their site.

Furthermore, Etsy feels like an online marketplace, with thousands of “shops” to browse and support. It almost feels like a giant farmer’s market full of amazing and creative people who are willing to sell their works of art and design to people who support them!

Amazon and eBay operate under individual sellers who could sell anything from Star Wars collectibles to self-published novels to live animals like insects. They also have issues with scammers who resell something that they didn’t create for a profit, and usually don’t credit the artists or companies they buy in bulk from.

It would be impossible to find what you’re looking for as specifically through Amazon or eBay, as you do through Etsy.com.

You can absolutely open an Etsy store without having your foot on a separate social media platform.

Opening an Etsy shop requires an email, financial account, and a product to sell. Having social media is considered a plus, or a bonus toward marketing and advertisements – not a requirement.

That being said, it is important to note that successful Etsy shops will have their foot in ALL forms of social media, and tend to have huge followings on many platforms.

This can take years to acquire, and often will be part of the growth of the shop as customers spread the good word about your products over time to their friends, family, and other strangers on the internet when they post about their items or reblog them.

If you want to try to own and operate an Etsy store without an online following, you will have to most likely pay for advertisements or other forms of spreading the word that social media already does.

Where is the Etsy Company Located?

Etsy is headquartered in Brooklyn, New York, where it originally began in 2005.

It is a 200,000 square foot space that offers a place for employees of the site to work in person. It is generally for those who work on the technical parts of the job or who is on the board of directors.

Many writers and photographers also operate through this space. Furthermore, many Etsy reporters and bloggers for their site will, at one point, most likely work in this space – although a lot of work can be done these days remotely.

What Does the Future Hold for Etsy?

This is great news for many online business owners who have made a living off of their creations, and have even been lucky enough to quit their 9-5’s.

However, in the wake of a world that has renewed its love for small business owners and entrepreneurs, there are many sites out there looking to compete with Etsy.

Sites like Shopify, Wix, and Squarespace want to house new business owners and creative professionals all over the world through their own platforms – and are working hard to make that a reality.

As they grow, the online business-owner industry is asking a vital question: what else is there, besides Etsy?

With this line of thinking, both Etsy and its competitors are trying to stand out from the crowd to be the “best” eCommerce site out there. Etsy has introduced features like Etsy Plus and “Pattern,” subscriptions and added benefits to those shops that are looking to be their own domain and website to grow in the industry.

We can expect many new things from Etsy and its competitors in the near future, but as for Etsy’s standing as a popular eCommerce site, I think it would take a lot to replace them.

Etsy has done a great job of making itself a powerful figure in the eCommerce space online and all over the world.

Though it does not partner with major companies such as Facebook or Amazon, it does have a major influence in the market today, and often when something is considered good on Etsy, other sites will seek to emulate it.

On the flip side of that, many companies are working hard to be “unlike” Etsy and will try to stand out from the crowd with new and innovative ideas.

So it seems that Etsy has done incredibly well for itself by becoming the major online marketplace that we know and love today!