Apple Music has a vast library of music for you to stream on-demand, surely there’s something for everyone, right?

Certainly, that’s what Apple would like you to believe, since the wider an audience they can appeal to, the more subscription fees they can collect.

But how true is this notion? Will your favorite genre be as well-represented as you hope if you take the plunge into an Apple Music subscription?

In this article, we take an in-depth look into Apple Music’s genre diversity!

Here’s What you Need to Know About Apple Music’s Genres:

Apple Music sorts its content into a predefined list of 51 genres. Each genre on this list has a page with recommended artists, albums, and tracks. Genres not on this list may also exist in Apple Music’s library but must be searched for manually. 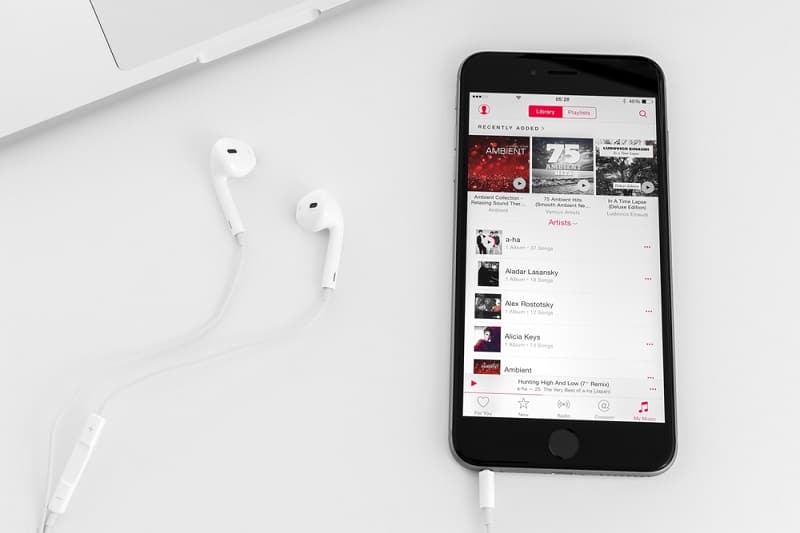 How Many Genres Does Apple Music Have?

That’s an impossible question to answer for one simple reason. This is because what exactly counts as a genre of music is an inherently subjective thing.

New genres and subgenres are being invented all the time, and often fans may disagree on whether their favorite song or artist counts as being part of one genre or another.

With all that being said, let’s reframe the question.

And the answer to that question is a lot easier to come by: 51.

There are currently just over 100 million songs in Apple Music’s catalog.

How Do I Find a Specific Genre on Apple Music?

That’s pretty easy, actually, as long as it’s one of the 51 genres Apple Music recognizes.

Simply open up the search function on Apple Music, and you should see them all laid out in front of you.

If you’re confused, just click on the link at the bottom of this article, under “sources.”

Of course, if you have a specific genre in mind that’s not on Apple Music’s list of 51 recognized genres, it might be more difficult.

Here are two alternative ways to find a genre on Apple Music:

How Much Jazz Music Does Apple Music Have?

Apple Music is a bit frustratingly opaque on numbers here; while there certainly is a “Jazz” category to click on, doing so gives us a curated page of featured content.

We’d very much like to be able to tell you, for example, that 3,201 results come up when we click “Jazz” in Apple Music, but we can’t, because we just made that number up.

That being said, while Apple may not want to give us any precise numbers, we can see that the Jazz page features a vibrant assortment of artists, albums, and playlists.

This assortment seems to range from old to new, giving you access to both the roots of the genre as well as modern takes on it.

How Much Classical Music Does Apple Music Have?

We’ve already covered why we can’t give you exact numbers on any genre in this list, but that aside, Apple Music does have a Classical music page, and it is replete with content.

There’s plenty of Mozart, Beethoven, Wagner, and all the old names you’d expect.

There also seems to be a healthy selection of modern classical music. While that might sound like a contradiction, there are modern musicians creating classical-style music even today.

It might be worth a listen if you’re interested in the genre; after all, the famous old, dead, composers who started it all aren’t exactly around to make anything new.

Since purchasing Primephonic in 2021, hidden in Apple Music, you can also find some playlists of classical music in the Primephonic category.

The exciting news is that Apple also announced in 2021 that Apple Music Classical is in the pipeline. Many have wonder that this may result in an app dedicated solely to classical music.

However, at the time of writing, there hasn’t been much more said on the matter. So, we wait with bated breath!

Does Apple Music Have Full Concerts?

Concerts don’t appear in Apple Music’s predefined list of 51 genres, but that doesn’t mean it doesn’t have any!

Manually searching for concerts in Apple Music yielded a handful of results, so while the selection doesn’t appear as diverse as other areas, it certainly does have some.

Does Apple Music Have Christian Music?

That page of listed genres we keep mentioning does, in fact, include Christian music.

The Christan music page features multiple subgenres and many artists, so if you’re interested in the genre, you should find something you like here.

Does Apple Music Have Bollywood Music?

Bollywood does not appear in Apple Music’s genre list, but that doesn’t mean it’s not on the platform.

In fact, a manual search revealed plenty of soundtracks from Bollywood movies, as well as curated playlists for Bollywood fans, so while you might have to dig a little, it’s definitely there.

Does Apple Music Have Instrumental Music?

Instrumental music isn’t on Apple’s list of genres either, but that makes sense since it’s not really a genre.

Rather, instrumental music is just music made by instruments, without vocals, which can apply to music from a wide variety of genres.

Needless to say, there is instrumental music on Apple Music; it’s just difficult to say exactly how much because Apple Music’s sorting system doesn’t recognize it as a distinct category.

Does Apple Music Have DJ Mixes?

DJ Mixes are, in fact, on Apple Music’s genre list, and they seem to have plenty.

With a variety of different DJs, playlists, and styles, you should definitely find what you’re looking for here.

Does Apple Music Have Nature Sounds?

They’re not on the list of genres, but they’re definitely out there.

From crickets to waterfalls and everything in between, just search for “nature sounds” on Apple Music, and you should find something to your liking.