If you need to fine-tune something, can you fix a particular audio source in post-production?

With the ability to record different sources simultaneously, it’s become a popular tool for streamers and video producers.

What To Know About Recording Audio and Video on OBS:

OBS allows you to record multiple sources of audio and video at the same time while maintaining complete control over the outputs. You can render the audio to different tracks, while you need to plot your videos in a grid to ensure you get full quality when rendered. 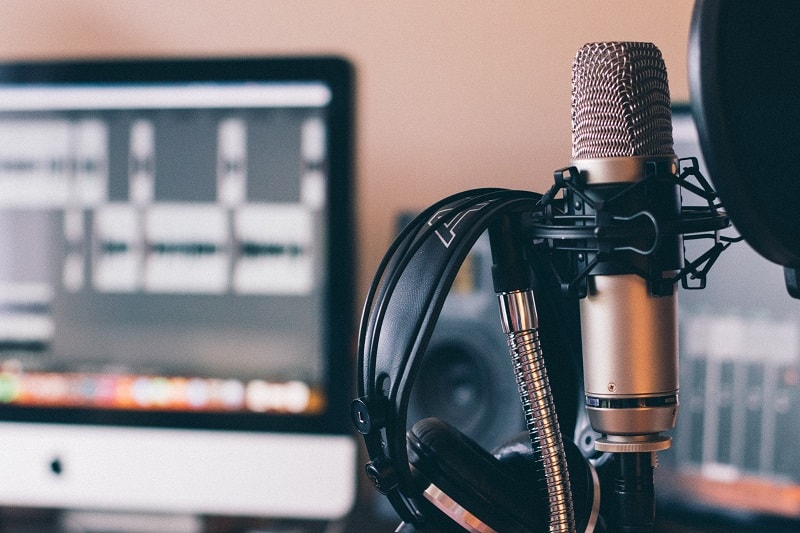 How Do you Record Video and Audio Separately in OBS?

Now, in the Mixer panel of OBS, you’ll have several audio tracks based on how many you set active. Click the Gear icon on each channel and select “Advanced Audio Properties.”

You’ll have listed all the audio input sources to choose which track each audio source records. Select which tracks you want to route each source and click “Close” when finished.

To record separate video tracks, you need to create a wider canvas to accommodate the different screens or cameras. Once you’ve made the video file after recording, you can then crop these videos to their original video size for editing.

The reason you’d want to do that is to avoid stretching smaller videos, which will mess up the video quality.

To adjust the video resolution to accommodate all your videos, get the resolution of the lowest video source, and adjust the height and length of the display.

If your lowest video source is 1280 x 720, scale the canvas or the display within these proportions. It would be best to scale it based on these dimensions and the number of video sources.

If you have four video sources, you may want to set them up in a grid. That would mean multiplying the height and length of the display by two on each side. If the resolution is 1920 x 1080, you should set the canvas size to 3840 x 2160.

The important thing here is that you can fit all video sources without sacrificing video quality. The good news is OBS allows you to snap to an object or grid when you resize and position these videos.

Do You Have to Set this up Beforehand?

It’s best to set this feature beforehand, as making changes while recording can disrupt the overall Output.

If you are recording with a guest on your show, it can be disruptive to change settings.

How Do you Export the Audio and Video Files Separately?

Since the output setting of your video project is in MKV, you need to convert this to MP4 for you to extract the audio files.

In OBS, open the Remux Recording menu and select your MKV recording. If you have not exported the video, export it first to MKV, as this file format supports multiple audio tracks.

In the Remux menu, click on Remux once the video clip is loaded. That will convert your video to MP4 with multiple tracks.

The next thing you need to do is download and open Audacity, an open-source audio recording software available for all operating systems compatible with OBS. You will also need the FFmpeg plugin for Audacity, so don’t forget to install it before running Audacity.

In Audacity, import the newly-created MP4 File, and choose which audio track you want to separate. Make sure to put the sound clip at the beginning and not change the length of the hook to ensure that it aligns with the original video.

You can then export this audio clip as a wave file for editing by going to the File menu and selecting Export Audio.

You’ll need to export the video with the exact resolution used for video content. With the exported File, you can then crop or edit it in your video editor of choice.

How Good is the Sound Quality When Exporting the Audio File?

The audio quality depends on the settings you use.

If you’re recording audio, it’s good to look into USB microphones for lower latency or minimal delays in your recording.

Yes, you can record multiple audio channels at the same time.

The nice thing about OBS is that you can register a master track with all audio content while recording them separately.

How Many Channels of Sound and Video Can you Record?

For audio tracks, you can record up to six audio channels.

You can do a wide canvas to handle different video panes for video, but the limit here will be how much your computer can take. Having a video canvas needs more power and even storage space.

Are the Files Stored Locally or in the Cloud?

OBS stores your recording in your video folder.

You also have the option to save them in the cloud by connecting your Google Drive account.

Do You Need any Special Devices to Record Different Tracks in OBS?

You don’t need special devices to record different audio tracks since you can record with the built-in microphone and from another app. For particular applications, you will need special tools.

For example, if you are recording multiple camera angles, you need to use added web cameras to pull this off. If you’re recording different audio sources from outside your computer, you need additional equipment such as an audio interface.

An audio interface allows you to input different external audio sources. You can use OBS to route these audio sources to each track on OBS.

What Are the System Requirements of OBS?

It would be best to have a computer running at least Windows 8.1, 10, or 11 and a DirectX 10.1 compatible video card for Windows operating systems.

For Linux/Unix users, you need an OpenGL 3.3 compatible video card and an X window system or Wayland.

Does your Device Matter when Recording Multiple Tracks on OBS?

Your device specs matter when recording multiple tracks on OBS.

While the system requirements of OBS aren’t as complicated, having better specs for your computer will improve the overall performance during recording. You wouldn’t want to experience OBS hanging while recording with only 4 GB of RAM.

Likewise, you may also want to use a computer with a powerful processor. An entry-level processor may do the job, but it won’t be as efficient as the more powerful models in the market. You would not want your streaming or recording to be riddled with lag spikes, nor do you want your rendering or exporting to take days.

Unless you have a dedicated computer for editing, you’re likely to use the same computer to edit your multiple outputs, which is why it helps if you have more than the minimum requirements for OBS.

Having the bare minimum will also cause your workflow to slow down during the final Output.

Recording separate video and audio tracks is a handy feature for any content creator.

You can fine-tune your raw footage or recording so that your audience can easily understand your content. You can even use this feature to take out unnecessary sounds, such as throat clearing, to make other parts clearer.

Any creator who wishes to take his content creation to a whole new level should have OBS in his tools. After all, it’s free yet is packed with features that improve your content.

OBS Studio 112 – How to Extract Multiple Audio Tracks from OBS