Streaming services have become so ubiquitous today, we’ve gotten used to having them around, playing in the background, or waiting on standby for us to decide to stream something.

But what if one of your favorite streaming services could be hogging far more of your device’s resources than it should be, or worse still, causing damage somehow?

This is exactly what many have accused the Spotify app of doing on desktop computers; causing major slowdowns and possibly even permanently damaging the hardware.

How true are these accusations? Well, strap in and keep reading, because we intend to find out!

Here’s How Spotify Affects Your Computer:

The Spotify application demands a surprising amount of processing power, sometimes taking up as much as 40-50% of the CPU usage on a desktop computer. Processing demands of the app have increased over time as features have been added. Spotify may also reduce the longevity of Solid State hard drives. 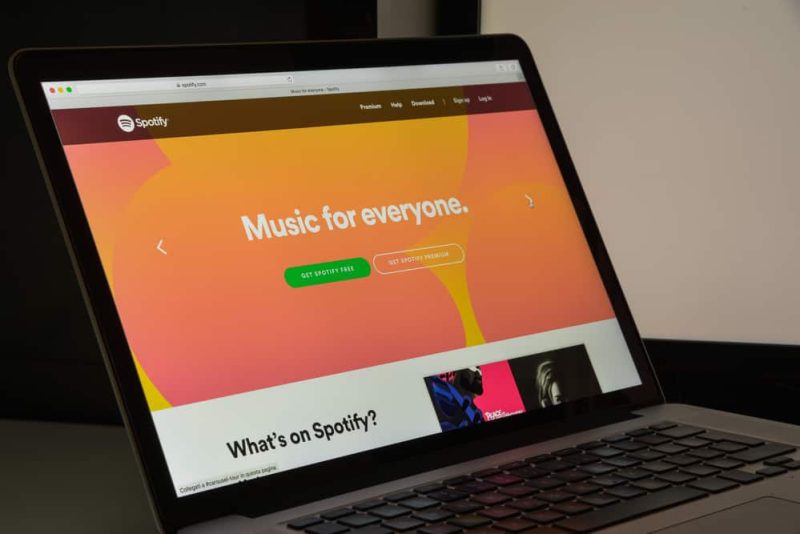 Will Listening to Spotify Make Your Computer Slow Down?

Before we dig into this one, please note that this issue affects both Windows and Mac computers.

Please note that when we refer to computer or PC in this article, we refer to both Windows and Mac. PC simply stands for “personal computer”, Macs included!

With that out of the way, let’s talk about the Spotify app’s frankly absurd processing requirements.

The average user reports very high CPU usage from the Spotify app, even using 50% or more of the CPU’s capacity at times.

Even if we assume a lower-end processor, 50% is an enormous requirement for a music streaming application.

So why does Spotify demand so much processing power? The answer, it seems, may be feature bloat.

As the years go on, Spotify, along with its competitors, continually adds features, services, and options to its applications and associated streaming services.

Competition and innovation has been encouraging the design of more and more new features to draw in more customers.

And as we can see in the case of Spotify’s absurd memory usage, feature bloat has a price in the form of performance.

So yes, the Spotify application will slow down your computer, and it’s been doing so since the 2010s, at least.

To answer this question, we need to understand some basics when it comes to how frame rates in video games work.

Spotify shouldn’t be using your GPU at all, as it doesn’t need to process any kind of complex visuals.

That leaves the CPU – and, unfortunately for your framerate, Spotify is a massive CPU hog, as we just established above.

This means that, yes, having the Spotify app open and running is definitely going to reduce your frame rate unless your computer build is absolutely bleeding-edge.

Can Spotify Cause Lagging in Games?

This depends on which kind of lag we’re talking about.

There are two main types of lag that gamers often complain about: framerate lag and network lag.

Now, how does Spotify affect these two types of lag?

Well, the bad news is that it can actually cause both of them.

We’ve already covered why it causes framerate lag; asking if Spotify causes this kind of lag is the exact same question as asking if it affects the framerate, which we already answered above.

As for network lag, mercifully, Spotify isn’t nearly as bad an offender in this regard.

So why did we say it can cause network lag too?

Well, because any kind of streaming adds to the amount of information your internet connection has to transmit.

So Spotify isn’t a particularly onerous offender here, but streaming anything while playing an online game could potentially tip the scales when it comes to network lag.

Any Other Ways Spotify May Affect Your Gaming Performance?

The one other major way that Spotify could be affecting your computer—and by extension, your gaming experience—is by reducing the longevity of your SSD.

Not all computers have a Solid State Drive, or SSD for short, but if yours does, there’s a chance Spotify is wearing it out.

That’s because Spotify has a tendency to write and re-write on your hard drive constantly.

It even does this when idle! So even if you’re not actively streaming, but have the app open, it could be writing data to your drive over and over again.

This isn’t a huge deal if you have an old-fashioned Hard Disk Drive, or HDD, which uses spinning magnetic disks to record data.

But SSDs, while they have many advantages over HDDs, do have one major downside; they have a limited lifespan measured in the number of possible re-writes.

In other words, every time you write over existing data in an SSD, its performance weakens.

This isn’t a major problem most of the time; generally, you’re not likely to be writing data frequently enough to worry about wearing out your SSD too fast.

However, Spotify writes and re-writes data so often by comparison that it might just be an issue.

Now, keep in mind the most relevant reporting we have found on this issue is from 2016, and Spotify claims to have taken steps to address the problem.

Just to be on the safe side, though, if you use a combination of HDD and SSD memory storage, you might want to make the SSD off-limits to Spotify.

Should You Avoid All Streaming Apps for Better Game Performance?

This entirely depends on how beefy your PC build is.

That is to say, any kind of streaming is going to use both CPU power and network data.

If you have a top-notch CPU and a very fast internet connection, you might be able to handle a lot of streaming and gaming at the same time.

But if you have a mediocre-to-average computer build or poor internet speeds, it might be a good idea to avoid streaming while you play.

And whatever you do, just remember the Spotify application is still a massive CPU hog; you probably don’t want it open while you game.

If it’s giving you more trouble than it’s worth, consider uninstalling it; after all, you can always just play Spotify from your internet browser instead!

Spotify Could Be Damaging Your Computer
How to Fix Spotify High CPU Usage
Was this article helpful?