Spotify is one of the best music streaming apps available. Not only does Spotify have a wealth of artists and songs to discover, but it also features thousands of podcasts and playlists to enjoy.

But Spotify has come under fire for simply having too many ads. It can be frustrating to have to weave through so many ads just to get to your favorite song.

Here is everything we learned about why you may be experiencing an increase in Spotify ads.

Here’s Why Spotify Has so Many Ads:

A basic plan on Spotify is free to use. However, Spotify needs to make money. This is why Spotify plays adverts every 2-4 songs while you are listening favorite playlist. But, if you hear multiple adverts after each and every song, your Spotify app may have a bug. 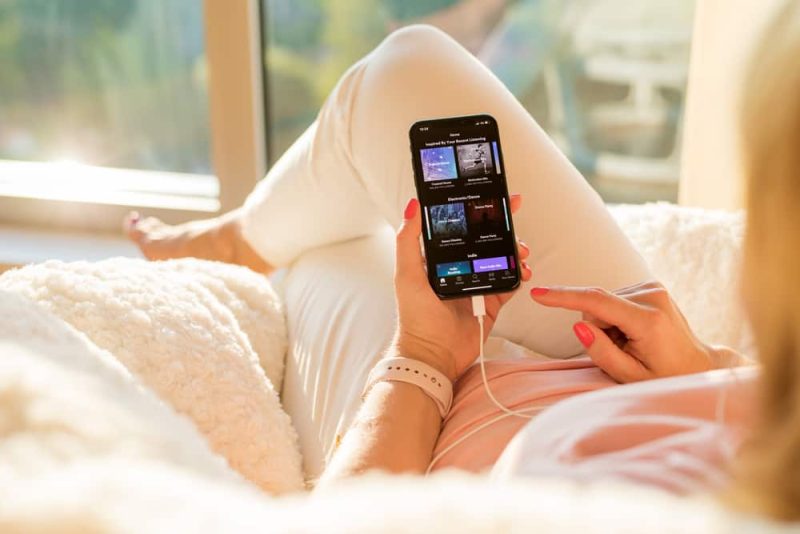 Why Are There Ads On Spotify?

The main reason there are ads on Spotify is that this is the primary way the streaming service makes its yearly revenue.

In fact, in 2021, Spotify made a record profit of 7 Billion Dollars off of ad revenue alone. This far surpasses the profit that is made from subscriptions altogether.

Anyone can apply to have their ad played on Spotify, which has helped smaller companies connect to a new audience.

However, this isn’t exactly good news for users who don’t want to pay for a Premium Spotify account. Generally, ads are played every 2-4 songs.

It seems that more recently, Spotify has really ramped up the number of ads that are played which has left some users to become frustrated with the music streaming service.

How Come Spotify Started Having More Ads Than it Used to?

Back in 2021, Spotify came under fire from its users for simply having way too many ads.

In fact, many users complained that they were getting hit with several ads in a row after each song that played. Trying to listen to a 3-minute song with 4 minutes of ads in between is obviously frustrating.

However, this problem was swiftly resolved because Spotify claimed that it was just a bug causing so many ads to play and that it wasn’t intentionally done by the Spotify team.

While this bug was quickly dealt with, it doesn’t change the fact that there are far more ads on Spotify than there used to be.

Along with Spotify wanting to make serious money selling ad space, there is one big reason why there is a major increase in ads playing.

Over the past 5 years, podcasts have become more popular, and Spotify has been cashing in on this trend by now offering 4 million different podcast titles to listen to.

Unlike music, podcasters rely on advertising in order to make their show profitable. So, along with regular ads that will run on Spotify, you are also getting hit with ads that are under contract with the podcast itself.

Can You Get Rid Of Ads on Spotify?

The best way to get rid of ads on Spotify is to sign up for a Premium plan.

With the Spotify Premium plan, you not only will get rid of ads, but you also get unlimited skips and playlists, which is a great option for any music enthusiast.

However, if you don’t want to spend the $9.99 for a Spotify premium account, there are some ways to get rid of ads:

You can use Virtual Private Network (VPN) in order to block ads. But, while this works to block ads from playing while you listen, it won’t stop all of them.

Users could also download an ‘Ad Blocker’ to mute or block adverts.

The last way to completely rid yourself of Spotify ads without committing to a premium account is to download a music converter. This will convert your playlists and saved songs, without ads, to a file on your device.

But remember, these methods are condemned by Spotify, and if they catch on, you may find yourself banned from the music streaming app.

Check out our article about 7 Ways to get Banned on Spotify!

Does Spotify Have More Ads Than Other Free Music Services?

While Spotify is a fan favorite for streaming music and podcasts, they are not the only one ruling this realm. Along with Spotify, there is Apple Music, Tidal, and Amazon Music.

But how do they all stack up when it comes to ads?

This is because Apple Music does not offer a free subscription plan. So, if you want to enjoy Apple Music with no ads, you will have to pay for it.

Amazon Music is another great option for streaming music and podcasts; however, depending on the subscription plan you choose, you may still have to listen to some ads.

Amazon Music offers full service without any ads as long as you are signed up for Amazon Prime. Amazon Prime not only lets you ship most packages for free, but it also allows you to enjoy their music and entertainment streaming services without any ad interruptions.

How Come I Still Hear Ads With Spotify Premium?

Signing up for a Premium Spotify account promises that you will not have to hear any ads while streaming your favorite playlists and artists.

However, that doesn’t mean your experience with Spotify Premium will be 100% ad-free.

It may surprise you that Spotify has little control over what ads podcasts play and how often they are played. This is because podcasts independently seek advertisers for the show.

The more popular podcasts often are under contract with certain advertisers, which means that they are obligated to mention that service or play that specific ad during the recording of their show.

Since podcasts are their own entity and the shows are independently recorded, Spotify has no control over editing. This means that even if you have a Spotify premium account, you will still have to listen to advertisements while listening to your favorite podcast.

Why Does Spotify Have Ads on Podcasts for Paid Users?

As mentioned, having a Spotify Premium account doesn’t mean that you won’t hear some ads, especially when it comes to podcasts. While this is done so the podcast can make money, why can’t Spotify simply remove these ads for premium accounts?

Podcasts have to sign a royalty contract in order to have their podcast featured on Spotify, and part of this contract specifically states that the podcast owner has full control over advertising as well as editing.

So, contractually, Spotify’s hands are tied regarding how many ads will play during each podcast. These ads are recorded and edited right into the podcast show.

Does Spotify Get More and More Ads Every Year?

If you have noticed that your Spotify ads are increasing each year, a good thing to note is that you are not alone in this frustration.

In fact, many users claim that the longer they have a Spotify free account, the more often they find that ads play.

While the main reason there is an increase in ads is that Spotify wants to make more money, there is a deeper reason why there is such an uptick in ads.

This is because Spotify doesn’t have a cap on how many ads they can sell. Since Spotify is one of the most popular streaming apps with over 350 million users, companies are buying up Spotify ad space in the hopes of reaching a wider audience.

This has caused some people to criticize the Spotify advertisement team since it seems they value advertisers over their listeners. However, as long as there is money to be made, corporations like Spotify will continue to sell ads.

Can You Use Spotify for Free Without Ads?

The only way to completely remove ads on Spotify – with the exception of podcasts – is to purchase a Spotify Premium account.

As mentioned, there are other alternatives you can try to help reduce the number of ads.

However, it is important to keep in mind that Spotify often does checks for these types of alternatives. When you sign up for a Spotify account, you are required to accept their terms of service.

Hidden away in these terms, it clearly states that using any type of ad blocker to stop ads from playing isn’t allowed and can result in your getting banned from Spotify. So, to be safe, using a Premium account is the best way to knock out those ads completely.

Please also read our article about why Spotify may stop after each song.

Why Don’t You Always Hear Ads When Using the Free Version?

While Spotify sells ads to almost everyone, this doesn’t mean that you will hear each ad. Along with selling ad space, the Spotify advertisement team also created an algorithm so that the ads you hear are more tailored to you.

Advertisers want their ads to reach their target audience in order to increase sales, so that’s why you often hear ads that are geared toward your age group as well as your interests.

If you find that you are not getting as many ads with Spotify free, there is a very simple answer for this.

Chances are, you haven’t been as active on the Spotify platform, which means that the algorithm needs a little bit of time to catch up.

Once you are more active, you will probably start hearing ads again. After all, ads playing for people outside of the target audience are considered to be a waste.

How To Remove On Spotify

Spotify Plays Ads After Every Song?