There’s a myth that video games use up all your Wi-Fi bandwidth.

The truth is, they don’t. They only use up some of it, and that depends on the game, broadband speed, and systems that you are using.

In this blog, we will look at how games, old or new, affect broadband speeds and how to monitor and possibly improve your Wi-Fi speeds.

Games slow down Wi-Fi by using up a portion of the broadband allocation. Most of the time, you will not notice a drop in speed. However, if you are using newer games and multiple devices, then you will most likely see the speeds fluctuate. 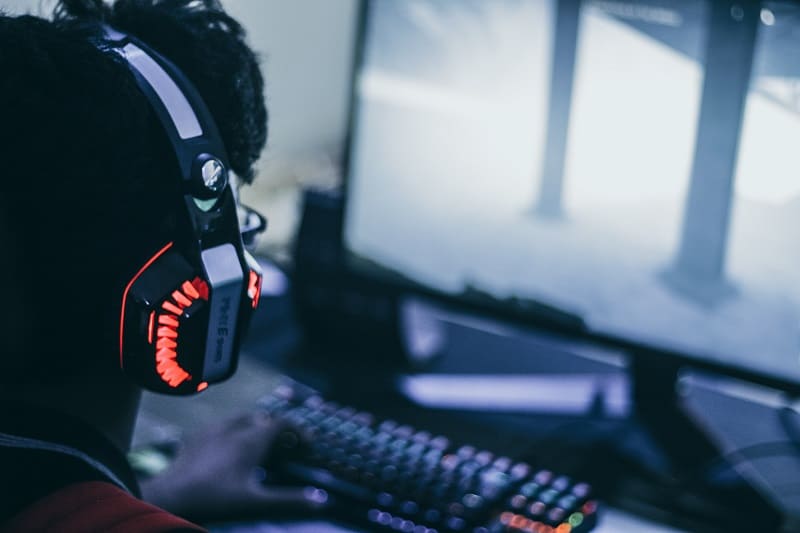 Let’s look at this in more detail:

One way to avoid poor connection quality while playing video games online would be to reduce interference with other wireless signals in your area by using an Ethernet cable instead of Wi-Fi; however, if that’s not possible, then try turning off any devices that may interfere with your internet signal such as microwaves or phones with Bluetooth capabilities.

How Come My Wi-Fi Is Slower When Playing Video Games?

Playing video games online uses a significant amount of bandwidth. This is true of most online activities, but video games are especially bandwidth-heavy because they require you to quickly send and receive large amounts of data with other players.

Video game consoles like the Xbox One, PlayStation 4, Nintendo Switch, and more all use an internet connection to play most modern games that offer online functionality.

This includes competing against other players via an online network and downloading updates, DLCs, and game content from the internet.

The difference between older games and newer ones is that older games only need to establish a single connection at once to communicate with a server somewhere else in the world.

On top of that, older games use much fewer data per second than modern ones. So, in general, it’s easier for a home internet connection to support multiple people playing old video games than new ones.

The more players you have competing on your home network at once, the less room there will be on your Wi-Fi for everyone else who needs it. If someone else is watching Netflix or trying to download files while you’re gaming, they will suffer from extra lag thanks to your activity (and vice versa).

Good news: you can play as many video games as you want, and your Wi-Fi will still work, so long as your router is running correctly.

On the other hand, it’s not uncommon for video games to use up a lot of bandwidth if they’re downloading or updating while you’re playing.

That said, it’s essential to keep in mind that all Internet activity requires a constant connection; data is constantly being exchanged between your device and the website or game provider’s servers.

Like any other application on the web, video games require this data exchange to function.

Because of this ongoing communication, video games are more sensitive to fluctuations in speed than streaming services like Netflix (which store most of their content on local servers).

If your Wi-Fi speed drops while using a video game, it might affect how quickly characters move or react.

As mentioned above, when you play online games, the information about what’s happening in the game must be sent back and forth between your gaming device and the game server many times per second for everything to run smoothly.

This is where bandwidth comes into play: bandwidth refers to how much data can travel through an Internet connection at once.

But just because they don’t use up all your bandwidth doesn’t mean it’s not a problem.

A Combination Of Factors Can Slow Down Your Wi-Fi Connection:

The first step to determining if your video game is interfering with your Wi-Fi connection is to test your Internet speed. Speedtest.net has a simple interface that allows you to run three different tests on your Internet connection easily:

You can perform these tests on multiple devices, each time looking at the download and upload speeds.
If there isn’t a consistent loss in speed when you switch from a wired (Ethernet) connection to a wireless one, then it’s unlikely gaming is causing an issue.

Suppose your internet moves around 30 percent slower while using Wi-Fi versus Ethernet. In that case, it could be slowing down because of interference with other devices in the network or traffic being placed on it by other uses such as streaming or downloading files.

Do Newer Video Games Use More Or Less Bandwidth Than Old Video Games?

Older video games tend to require less bandwidth because they don’t need as much data transmitted to the device.

However, new games are more graphically intensive and require faster speeds for smooth gameplay. Let’s look at examples of both types of games and how their varying download requirements affect your Wi-Fi connection.

A famous example of an old game that uses up very little bandwidth is WoW, which requires only about 100 kbps (kilobits per second), which equates to about 1 Mbps (megabits per second).

The average file size for WoW is just 4 gigabytes.

In contrast, a more recent game might use hundreds of megabytes during download, with some files exceeding 2 GB (gigabytes) in size.

Take Grand Theft Auto V as an example: it was released in 2013 and used around 449 MB of data during the download process at the fastest speed possible—which would be 100 Mbps or 100 megabits per second can take up to 3 hours at 1 Mbps speeds.

In general, all high-definition games require more than 50 GBs during installation but still demand high speeds for online play.

How Much Bandwidth Do Video Games Use?

So how much bandwidth does gaming use? Depending on your network connection and the game you’re playing, different amounts are required for each session.

Some games will eat up more bandwidth than others. For example, streaming-based games like World of Warcraft require very little bandwidth because most of their resources are stored on servers that players connect to over the internet rather than hosted on their computers.

However, massively multiplayer online (MMO) games hosting player information on local machines generally need more bandwidth to play smoothly because they have fewer opportunities to compress data before sending it over the network.

In general, you should expect around 1 Mbps (1 megabyte per second) for every player connected to a server during multiplayer mode.

For the most part, video games don’t force your Wi-Fi to slow down. If you’re experiencing issues with your Wi-Fi connection, it may be either a problem with the game you’re playing or with your network setup.

If you find out that a particular game is causing a problem with your Internet connection, you can try connecting directly to your router via an Ethernet cable and see if that helps.

Otherwise, it could be time to invest in some new networking equipment to boost the speed of your Wi-Fi network.