There is no better way to relax at the end of the day than to listen to your favorite songs on Apple Music. But, have you ever tucked into your most popular playlist only to find that a song you loved has been blocked?

Believe it or not, Apple Music blocks songs and artists all the time. While it may be frustrating, there are several reasons why this is. Here is everything we learned about why you may find your favorite song blocked by the streaming service giant, Apple Music. 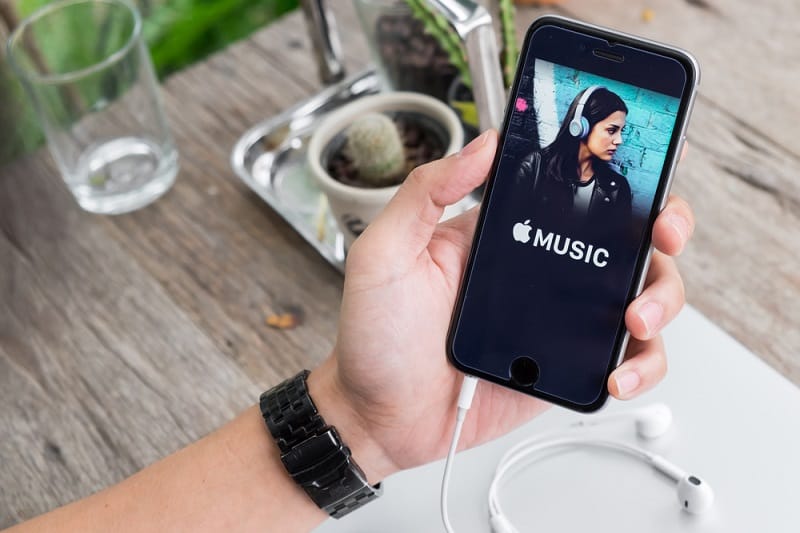 What Causes Songs to be Blocked?

One reason why you may find that a song is blocked on Apple Music is simply that the song hasn’t been released yet. Releasing new music isn’t what it used to be since the digital age of downloads and streams.

In the past, you had to wait until your favorite artist launched their new album, and then you would have to run to the store to get it. These days, people will wait up all night to hear their favorite artist’s new album once it drops at midnight.

This has forced the music industry to rethink the way they market new music.

Since the artist has to rely on downloads to turn a profit, oftentimes, they will release a single or two from their new album prior to the whole album being dropped. Pre-releasing a single is a great way to promote an upcoming album.

So, if you search for that album on Apple Music, you will find that the majority of the album has been blocked from streaming until the full album is released.

Next, you have your specific region. Artists don’t always release music at the same time across the world. This is due to listening laws that are set up in that specific area.

Also, some countries have much stricter guidelines to follow when it comes to deeming which music is considered to be appropriate.

So, if you find that a certain song or album is blocked in your region, chances are it just hasn’t been released in your area yet.

Lastly, it is important to remember that the Artist has complete creative control over their music and content. So, if an artist isn’t happy with a single they released, they have the right to block it and re-upload the song with the appropriate changes.

For example, recently, the mega superstar, Lizzo, had to remove her latest single in order to change lyrics after coming under fire for using language that wasn’t inclusive.

Does Apple Music Block Entire Artist’s Catalogues from its Platform?

Apple Music has made it very clear that they don’t have any future plans to block artists from releasing or featuring music on their platform. This means that Apple will not block entire albums or catalogs of music from any specific artist.

This is mainly because it is not the job of a corporation, like Apple, to control or filter what it considered to be appropriate. This has caused some users to fight back against the media giant. However, the complaints have not been specifically addressed.

But, this doesn’t mean that you can’t personally remove an artist from your music listening experience with Apple Music.

Users can remove and block certain songs from their playlists. However, you are not able to completely block an artist that you don’t want to hear.

While it is impossible to block an artist, eventually, your algorithm will catch up with you and stop playing artists that you give a thumbs down.

Another thing to keep in mind is that Apple Music has very little control over which artists are featured specifically to you. Most of the time, these artists have a deal with Apple Music based around when their new music will be released in an order to promote their new work.

Check out our article about Apple Music’s EQ Settings!

Do Songs that are Unavailable Show as “Blocked?”

When searching for a song or album on Apple Music, you will not get a pop-up that simply states that the music is blocked.

So, how can you tell if an unavailable song has actually been blocked by the streaming service?

When scrolling through Apple Music and its library, you will be able to click on a song and start your listening experience. If the title and the artist listed are grey and slightly faded, that means that song has been blocked.

Knowing that a song is blocked is one thing, but knowing why is a completely different problem. This is because Apple Music doesn’t let you know why a specific song is greyed out.

So, how can you fix the problem if you don’t actually know what the core problem is?

Most commonly, the problem will be that the full album has not been released yet, so you are not able to access all of the songs you want to listen to.

To be sure that this is the problem you are facing, simply head over to that specific artist’s profile and check to see when the album is due to release.

Usually, you will find that the release will happen in a few days, but the tracklist is there so that the user can get excited and start to plan for the big launch.

Most recently, Taylor Swift dropped her album details on media services like Spotify and Apple Music. Even though her music wasn’t set to be released for a few more days, her team wanted her fanbase to be able to see the tracks. This helped to make her album launch one of the biggest in recent years.

If you are unable to access a certain song because it isn’t available in your region, there is no real way of knowing unless you look up your specific location.

If this is the case, you will have to just be patient until the album drops for your country.

Can You Unblock Songs On Apple Music?

Unfortunately, as a user, you have very little control over what happens with the music that is featured on any streaming app, especially Apple Music.

There is a lot happening behind the scenes when it comes to working with the music industry as well as the artist’s creative team. Along with royalty contracts, there are very strict rules about where and when music will become available.

So, you will not be able to unblock any music that has been greyed out. However, there is one exception.

Some users have found success in trying to change their geographic location in order to have access to content that was once unavailable in their area.

This is done by changing the actual location settings on your device. By doing this, you are tricking the application into thinking that you are somewhere else in the world other than where you live.

But, this method does come with a certain amount of risk. Buried deep in the terms of service for Apple Music, you will find a line about how changing your location to access content is forbidden. If you get caught doing so, you could find yourself permanently banned from Apple Music, so proceed with caution.

Can You Block Songs or Artists from Your Apple Music Recommendations?

Apple Music Recommendations is a great way to discover new artists or fall back in love with an artist that you may have forgotten about.

But what do you do if Apple Music keeps recommending music that you are simply not interested in? Are you able to block those recommendations?

As mentioned, users have little to no control over the music that Apple recommends. Most of the time, it is based on your algorithm, so the suggestions are music and artists that Apple thinks you will enjoy based on other artists you enjoy.

This will let Apple Music know that this particular suggestion is not something you want. However, this doesn’t mean that you still won’t get the same artist recommended to you.

This is because it takes a little while for the algorithm to catch up to your likes and dislikes. Also, that particular artist may have an advertisement deal with Apple Music, meaning that the recommendation is actually just an ad that you have no control over.

The best way to keep certain music off of your home page is to consistently let Apple Music know when you are not interested. This way, not only will your algorithm start to be more customized to you, but you also may find that you are discovering new artists that you hadn’t heard about before.

While we do live in a world where music can be censored at times, there is usually a good reason why you may find your favorite song blocked or unavailable on Apple Music.

No matter what the specific reason is, most times, the songs that are currently unavailable will eventually be ready to listen to and enjoy. So, be patient and know that the problem will soon be resolved. Take care.

If Your Songs Are Greyed Out