Remember iTunes? So do we, but do we understand exactly what happened to it, or why?

What about Apple Music? Is that going away too? If you believe certain rumor mills, you might think so.

Well, today we’re here to get to the bottom of this little mystery, to try and answer these and other questions about Apple’s various media platforms.

So if you’ve been wondering how to figure all this out, keep reading, and hopefully, we can help it make a little more sense.

On October 7, 2019, macOS version Catalina was released, and with it, iTunes was subdivided into three apps: Music, Podcasts, and TV. This change does not affect older macOS or Windows iTunes users. Apple Music is a subscription with almost 100 million subscribers. 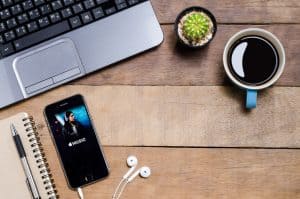 What Happened to iTunes?

As you can see above, iTunes didn’t so much disappear as it got split into separate apps.

For all users of macOS Catalina and newer, the Music app now handles what iTunes used to in terms of playing music.

So basically, everything iTunes used to do for you, still exists in the form of these three apps which have taken its place.

Unless you’re using iTunes for Windows, or have somehow avoided updating your macOS since 2019, in which case iTunes still exists in its previous form.

What Happens to your Music on iTunes After it Shut Down?

As we’ve said, everything iTunes used to do is now handled by the Music, TV, and Podcasts apps.

This means that your old iTunes library can still be accessed using the appropriate app.

The Music app should read the music portion of your iTunes library, the Podcasts app will find and play your podcasts, and so on.

Apple’s support page on the subject explains everything you should need to know to keep using your old iTunes library with the new apps.

It certainly seems to. A quick look at the home page seems to confirm it’s definitely still around.

In fact, Apple Music has nearly 100 million subscribers as of February 2022 (the last time the count was updated on Wikipedia’s page on the service).

We’re not exactly sure what’s sparking the rumors that the service is dying, but it doesn’t take more than a quick internet search to confirm the service is live and seemingly thriving.

To be sure, Apple Music faces some stiff competition from the likes of Amazon and Spotify, and it’s entirely possible that it will one day lose the battle with the other industry leaders.

Spotify in particular has managed to consolidate so much music onto its platform that any other streaming service struggles to keep up.

So it’s entirely possible that over time, users of Apple Music and other services will gradually convert to Spotify and/or Amazon Music, to the point where Apple Music will ultimately fail.

But while this may not be entirely unfounded speculation, it is, for now, still just that: speculation.

Maybe Apple Music will go under in the near future, maybe it won’t, but what we do know is that, at least for now, it’s still going strong with a seemingly very large user base.

As we’ve covered, Apple Music is still live as of this writing. While nobody can say for sure what the future will bring, it certainly works right now!

Nothing lasts forever, and there is stiff competition between Apple Music, Amazon Music, and Spotify right now, but for the moment all three of them are still going strong.

In fact, lesser-known music streaming services exist too and manage to survive in the shadows of these three industry giants somehow.

If streaming services most people haven’t even heard of can survive in the current environment, Apple Music will probably stick around for a while too.

But again, we’re getting into purely speculative territory. What we can say for sure is that Apple Music is still here, and will probably still be here in the near future.

Does All of this Have Consequences for Apple Music Users?

Not really, considering both iTunes and Apple Music still exist and can be used more or less as they always have been, with a few changes.

The biggest “consequence” is that you’ll be using the Apple Music app to listen to your iTunes library and to expand said library if you want to buy tracks rather than stream them.

That, and that if you’re used to using iTunes, you’ll have to accustom yourself to using multiple apps to do everything iTunes used to do.

Unless you’re using iTunes on Windows, which still exists and can be used just like it always has been.

Why Did Apple Shut Down iTunes?

Why’d they shut it down? Well, that’s a difficult question to answer. Technically impossible, in fact.

Because they didn’t shut it down.

The iTunes store still exists. You can access it via the Apple Music app on iOS and macOS, and through the same old iTunes app on Windows.

Yes, Apple Music is a streaming service and you can pay a subscription fee for unlimited access to its entire library.

But, should you wish to, you can also still buy individual tracks and albums that are yours to keep, with or without a subscription.

All functionality that used to exist on the iTunes app for macOS now exists in the Music, Podcasts, TV, and Finder apps.

As for why they separated iTunes into multiple apps, there are a lot of potential reasons for this.

The first to come to mind, though, is the persistent criticism of the original iTunes app which a lot of users voiced: it was getting pretty bloated.

While iTunes may have started as just a music app, it expanded over the years into video, podcasts, TV, and much more.

Not everybody agrees on whether this is a good thing or not, but certainly, a lot of people were complaining that iTunes felt bloated with all these different services and features crammed into a single application.

Splitting it into separate apps almost feels like a response to this criticism, and could have been a motivating factor for the decision.

Of course, that’s speculation on our part too. Speculation that’s founded on reasonable assumptions made with the evidence at hand, but still speculation.

Ultimately, Apple split iTunes into multiple apps because someone or multiple someone with decision-making power in the company decided to do so, and all we can do is deal with the consequences.

Read our blog here about Apple Music or Spotify for students.