Apple Music had a rocky start when it launched, but it is still up there as one of the big music streaming platforms of our times.

However, despite its updates and improvements over the years, some users still absolutely detest it and favor other platforms such as Spotify.

In this article, we take a look at the reasons why some people hate Apple Music. 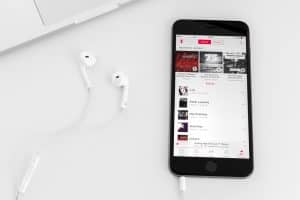 Nobody Likes A Slow Search Bar

Users are going to become frustrated when it takes too long to find the music they are looking for.

Apple Music has a huge library. Over 90 million songs and counting and so finding the one track you’re looking for could be like finding a needle in a haystack. However, this is why platforms such as Apple Music employ the use of a search function.

The search function relies on users inputting the name of the song or the artists into a search bar and, what should happen is, that the platform provides results.

In theory, this should not take long at all. In fact, Spotify, Apple Music’s competitor has no issue filling in the blanks for you and providing search results in a timely fashion.

However, users have reported that this is not always the case with Apple Music:

The website RandomAdult.com pointed out that they experienced similar issues with Apple Music’s search function and stated:

“It took 3 searches before it could even find the artist and then I had to click through and wait for it to stream.”

The basic necessity of being able to quickly and efficiently find the music you want to listen to is a cornerstone of a music streaming platform.

The fact that Apple Music has let its users down in this department is a key reason why people are unhappy with the service.

It Shouldn’t Be This Difficult To Discover New Music

A music platform is a place in which we can grow our musical tastes, explore more of what we love, and take a musical journey.

Music platforms such as Spotify have engaged their users by providing a wealth of ways in which new music can be discovered by its users. One aspect especially that has been given high praise is Spotify’s sophisticated algorithm that tracks a user’s musical tastes.

Unfortunately, Apple Music has not had the same success with its particular algorithm.

In fact, users have found that the playlists that Apple Music have curated for them are simply not good enough.

“It makes the app feel like a collection of billboards, rather than a user-focused experience.”

Unable To Add Playlists Or Songs To iCloud Library

iCloud is a fantastic iOS feature that enables users to upload files, photos, and music to one area which can then be accessed across all of their iOS devices.

Efficiency is dramatically improved due to no time being wasted by having to download the same songs over and over again onto each device.

The ability to upload songs and albums to the iCloud Music Library is a great feature with Apple Music, but only when it works.

Some people have reported receiving error messages when they go to upload files, such as:

There’s nothing worse than an error message with no explanation; especially when it involves one of Apple Music’s supposedly best features.

A possible reason you cannot upload music could be that the file doesn’t meet the requirements needed. iCloud Music Library has certain specifications that uploads have to abide by, such as:

This can frustrate Apple Music subscribers because sometimes these specifications just cannot be met – it’s not a customer’s fault if the file is too large or the quality isn’t deemed suitable.

When you download a song on your device for offline listening, you assume that you will always have access to the downloaded file unless you remove it yourself.

That’s not always the case with Apple Music and people have found that songs or playlists that they have previously downloaded seem to just randomly disappear from their Apple Music libraries.

People have come to expect a certain standard with Apple products and disappearing songs is not one of them!

However, if you have “Optimize Storage” enabled on your iOS device it could explain the strange disappearance of your music.

This setting is designed to automatically delete files that haven’t been played after a certain amount of time to free up your phone’s internal storage.

Freeing up space is a great feature, but if you aren’t aware it is happening it can be rather confusing. If this is happening to you, you can simply disable “optimize storage” in the Music app settings.

With Apple Music, members should have the ability to download songs for offline listening as well as streaming online.

However, many Apple Music members have been left feeling exasperated when they discover their downloaded music just won’t play offline.

Most would agree that there really isn’t much point in downloading songs and using up your internal storage if they cannot be accessed unless you are connected to the internet. You might as well just skip the hassle and stream them instead.

There are solutions to this common issue, but they come with their own downsides.

The most frequently used solution is to log out of your Apple Music account and log back in again, which seems fairly easy and simple in itself.

However, you will have to re-download all of the music that you just spent some time downloading already, which doesn’t really seem fair and has understandably created some highly frustrated customers.

Read our blog here about Apple or Spotify for students?

There’s No Such Thing As Free Music With Apple

One of the biggest differences between the two music streaming giants is that there is no way you can listen to music on Apple Music for free.

Okay, so you can sign up for a free trial you of course pay nothing whilst you browse Apple Music’s library, but once that trial comes to an end you either have to cancel your account or start paying up at a monthly fee of $9.99.

Spotify on the other hand allows users to access their service for free.

Of course, free users don’t get everything that a paying user does. For example, a free user cannot download songs for offline play, and additionally, they’ll only be able to skip tracks a limited amount of times per hour.

However, Apple Music hasn’t done themselves any favors by not matching their competitor’s deal.

The ability for a user to downgrade their account and still access their library of playlists and tracks, all without having to spend a dime, is a marvelous perk.

It’s no surprise that some people take a look at the fact that this perk does not exist on the Apple Music platform and shake their heads.

Despite the subscription fees for both Spotify and Apple Music being nearly identical, no one can argue with a deal that costs you nothing.

Playing Podcasts Should Be Painless

It’s worth noting that Apple Music was knocked off the top spot in the world of podcasts by its rival, Spotify, which now hosts thousands of top-quality podcasts for users to enjoy.

However, the number of podcasts that the platform supplies is not an issue here. Unfortunately for Apple Music, users prefer to listen to podcasts elsewhere and that’s because Apple Music is lacking in some features.

When you use a music streaming service, you expect it to do just that – stream music.

Sadly, this most fundamental feature of the music streaming platform has let Apple Music users down over the past few years when they find they simply cannot play a single song.

It may sound ridiculous, but it is unfortunately true and can happen after an iOS update.

The best solution to solve the fact that your music is not playing is to delete and reinstall the Apple Music app, but you need to be aware that all previously downloaded music will be lost.

Users who have become frustrated with the service may choose simply not to redownload the app at all and join the people out there who hate Apple Music.