Apple Music can be very convenient and user-friendly when everything’s working well.

Unfortunately, things don’t always go so flawlessly, and there are a number of annoying glitches that can make Apple Music frustrating to use.

One of those little bugs is the duplication problem: your saved songs, albums, and playlists keep making copies of themselves in your library.

If you’re tired of having to remove redundant files in Apple Music because they keep duplicating, then keep reading, because this is exactly the issue we’re going to tackle today.

There are many possible explanations for duplicate tracks, albums, and playlists. However, the most common and obvious culprit is cloud synchronization. Sometimes, synchronization with your iCloud storage can cause your device to download files you already have saved locally. 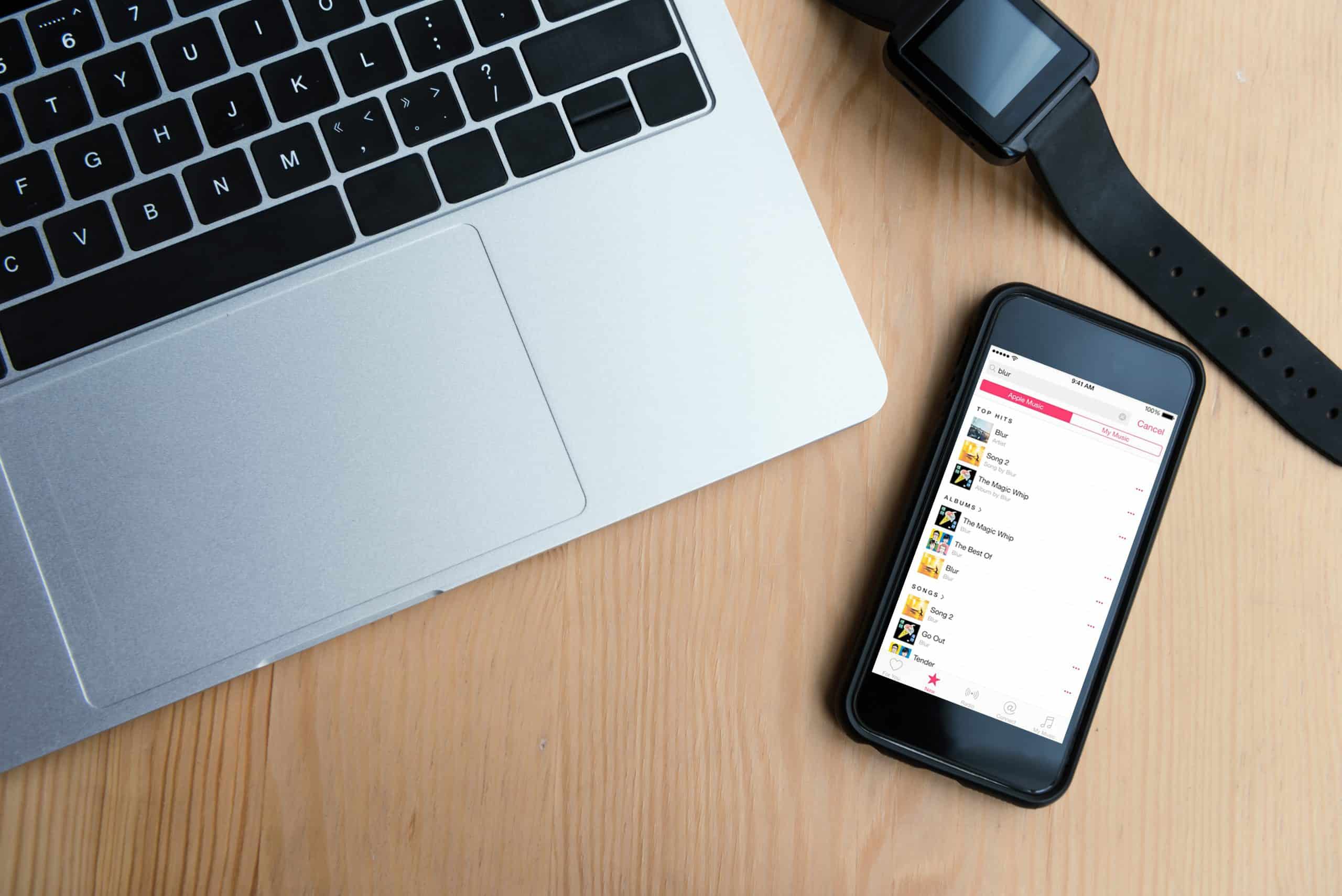 Why Do Duplicates in Apple Music Appear?

There are many reasons why this could be happening, but let’s go over the most common causes.

The number one culprit is cloud synchronization, often in conjunction with other factors, such as having a playlist open while synchronization occurs.

In theory, when you synchronize your cloud and local storage, everything should be updated and synthesized together.

For example, if you have a playlist with 10 songs, add one more, then sync it; it should update the playlist automatically, now with 11 songs so that the cloud and local versions match.

However, when things go wrong, what can happen instead is that you get two versions of the playlist. This includes a copy of the old one with 10 songs, as well as the new one with 11 – and some songs keep repeating.

Many users have reported that this specifically occurs when you synchronize while at the same time having the playlist open on your device.

In this case, the fix is to close the Music app before starting synchronization.

For many users, this allows synchronization to occur as it should, with no duplicates.

Synchronization errors can also be responsible for duplicate songs and albums, not just playlists. This is especially likely if something has been updated or changed about an album, such as if the artist added songs, or made an edit to something.

However, it can also occur when this is not the case, for seemingly no reason.

Similarly to duplicate playlists, it can help to make sure the Music app is closed before you synchronize.

This is because, much as it is with playlists, having a particular track or playlist open during the process may cause it to be duplicated.

Of course, some users report still experiencing this problem even after following all the above troubleshooting advice.

In this case, it would seem to rule out having the app open during synchronization as the culprit.

Unfortunately, we can’t know every possible cause for an issue, so if you still can’t figure it out after trying everything in this article, we recommend contacting Apple Support.

Why Does Apple Music Add the Same Song Twice?

As we’ve covered, this issue usually results from an error in the cloud synchronization process.

If you’re already listening to a given track, album, or playlist while synchronization is occurring, it’s likely to get duplicated.

This is likely because Apple Music “sees” that you are currently listening to something, and rather than interrupt your listening by editing it, just creates a new version of it instead.

However, this could also happen for other reasons, such as if the details of a song or album change at all.

For instance, sometimes, an artist may have reason to update the metadata for one or more of their tracks.

Alternatively, the music itself could need to be altered in some way. For instance, if an explicit version of a song got mistakenly uploaded on Apple Music as the clean version or some other mistake along those lines.

In cases like these, the latest official version of the file(s) in question is now different from what’s on your local device’s memory.

Because of this, the synchronization process might not recognize them as the same thing, and therefore adds a new version of them, leaving the old one behind instead of overwriting it.

Interestingly, some users have found that upon further investigation, what they’re seeing as duplicates aren’t what they appear to be.

That is to say, they will see duplicated songs, albums, and playlists displayed on the app, but upon checking the files on their hard drive, find only one copy of each.

This can occur because Apple Music is showing you both the cloud copy of your song/album/playlist as well as the local one.

If this happens to you, while it may be mildly annoying, you can rest assured that the apparent duplicates aren’t actually taking up extra storage space.

In that case, if your primary concern is storage space, you can just go on using Music like normal and ignore the extra copies of your files, since they’re not actually copied locally.

How Do You Stop Apple Music from Duplicating Your Playlists?

The simplest and most reliable fix for duplicate playlists is to avoid using the Music app during the synchronization process.

If you have Apple Music open, synchronization may cause duplicates, presumably in order to prevent interrupting your listening experience.

However, if you close the app, allow synchronization to fully complete, then re-open Music, you’ll be far less likely to find duplicate playlists waiting for you.

Of course, if you’re experiencing the slightly different problem of seeing both the cloud and local copy of your playlist at the same time, it may not be so simple.

On the one hand, if this is happening to you, those “extra” copies aren’t actually using up file space, so you can simply ignore them if that’s your primary concern.

However, if you simply find it annoying to see extra copies of your files, even if they’re not actually taking up file space, you may still want to try and resolve the issue.

In this case, you could try signing out and back in again, which sometimes resolves the issue.

A more drastic fix would be to delete your local library and then run synchronization again, but this is risky if something goes wrong and is not guaranteed to work.

Unfortunately, if none of the above works for you, you may wish to contact Apple Support.

How Do You Get Rid of Doubles in Apple Music?

Well, that depends on whether they’re actually duplicate files, or if you’re just seeing both the cloud and local copies displayed separately.

Let’s assume you have the former problem for a moment, where the duplicated files are, in fact, duplicate local copies on your hard drive. In this case, you can simply manually delete one copy of each file, one by one.

This can be tedious and time-consuming, but it should work, and leave you with just one copy of everything when you’re done.

A less tedious means to achieve the same ends is to use Apple Music’s sorting options, specifically to find duplicate items.

Here’s how to search for exact duplicates:

On the other hand, perhaps you are also needing a solution to the opposite issue. Check out our troubleshooting tips on what to do when some songs or albums are missing from Apple Music.

Can You Prevent Duplicates from Happening?

Given it’s such a widespread and recurring problem with Apple Music that has been ongoing since far back in the days of iTunes, it can be difficult to completely prevent this issue.

However, a few best practices will help reduce the likelihood that you’ll need to deal with duplicated songs, albums, or playlists.

The biggest of these practices is simply to never have the Music app open while synchronization is taking place.

While this alone won’t guarantee that you’ll never get duplicated files, it is probably the most common cause of them and, therefore, should reduce the odds of it happening significantly.

The other thing you can do is to always sign out of the store, then back in, when you see duplicated files.

This can potentially nip the problem in the bud by resolving the glitch in Apple Music, where you see both local and cloud copies of the same file.

And finally, the one and only way to be absolutely sure and avoid duplicated Apple Music files would be to stop using Apple Music.

This might seem drastic, and we’re certainly not suggesting you abandon the platform if you enjoy and get a lot out of your Apple Music subscription.

But if you’re someone who keeps getting this error time and time again, no matter what you do, and you are frustrated enough to consider abandoning the service altogether, it is an option.

After all, Apple Music has been having this problem since it was created, and iTunes was having the exact same issue well before that point.

So if it really bothers you, you might be better off trying another music streaming service instead or simply not using one at all and buying your music directly.

How to Remove Apple Music Duplicates