Spotify is a great way to discover new music and stream your favorite artists. However, like most other popular applications, Spotify does have its fair share of problems.

This is why it is important to understand how to protect yourself when using Spotify. This is especially true when it comes to protecting your personal devices from viruses.

So, if you want to know all of the important ways you can keep yourself – and your devices safe – keep reading.

Can You Get A Virus From Using Spotify?

The first thing to note is that Spotify does not use any malware in its software. However, even without malware, the application is still at risk for hacking and even viruses. It should also be noted that you are more likely to get a virus while using Spotify on your computer rather than your phone. 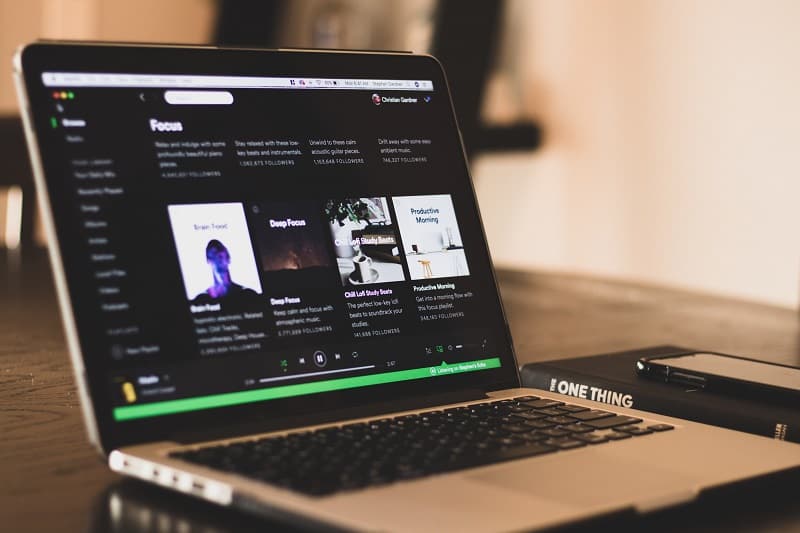 1. Can You Get Viruses Via The Spotify App?

Getting a virus directly from the Spotify app is not as likely as it used to be. This is because recently, Spotify came under fire for its use of malware which caused thousands of Spotify users to have their personal devices impacted by a virus.

Back in 2016, users reported that files were downloaded without their consent to their personal devices, causing them to become infected with a virus.

However, it wasn’t the Spotify app itself that was using the malware but instead, the advertisers.

Since Spotify is a free platform to use unless you choose to pay for a premium account, the main way that Spotify is able to be profitable is by selling advertisements. Everyone who uses a basic Spotify account will be subjected to these ads.

But, it isn’t just the ads that play that you have to worry about. It is also the banner ads that run on the application.

After this virus breakout, it was discovered that some of the ads that were in rotation featured malware coded into the ads which was the reason why so many users got a virus.

Getting a virus through an application is dangerous in many ways. Most importantly, it can impact your privacy and data. Phishing viruses that try to collect your personal data for profit are more common than you may think.

While Spotify has taken the necessary steps to try to prevent future malware outbreaks with its advertisements, the risk of getting a virus will always be there.

2. Can Clicking On Ads On Spotify Give You Viruses?

Since the majority of viruses that users got from Spotify come from advertisements, it is natural to assume that actually clicking on ads is the best way to give yourself a virus. But, is that actually the case?

While this used to be the case, it is very unlikely that clicking on an ad will give your computer a virus. However, the chance is never zero.

When you click on an ad that is in Spotify, a pop-up will appear, re-directing you to that advertiser’s website. Since Spotify has little to no control over how companies will re-direct you, it is absolutely possible that the site you are being sent to is a phishing site.

But, it is important to mention that it used to be much easier to get a virus back when Spotify would still allow pop-up ads. Since the breakout problem of advertisers using malware on Spotify, Spotify has been working to prevent future attacks like this. Most notably, they have removed pop-up ads from their platform.

Along with the removal of pop-up ads that can be harmful, Spotify now works to warn users to use caution when clicking on advertisements.

Like most applications, when you click on an ad, Spotify will let you know that you are about to leave the platform and that you should only visit a trusted site.

If you are using your computer to run Spotify, your computer should already be scanning pages that you visit to make sure that they are safe.

If malware is detected, your computer system should work to fix this. However, if you are using your phone to run Spotify, you are more likely to get a virus by simply clicking on an ad.

3. Have There Been Any Reports Of Viruses Attacking Spotify Listeners?

Like most popular applications, Spotify has certainly not been immune to the dangers of malware and viruses. To this day, there have been several reports of users getting viruses from simply using Spotify’s streaming services.

As mentioned, the biggest outbreak happened back in 2016 when thousands of users were affected, but this certainly wasn’t the first time that Spotify users were in danger.

Since Spotify first came on the scene in 2008, there have been plenty of reports of viruses that started out right when the company began.

However, you have to remember that in the early 2000s, there was still a lot to learn about how malware works as well as how to prevent getting a computer virus. Since Spotify became popular fairly quickly, the application was more susceptible to harm.

As early as 2013, many users were reporting that downloading Spotify and clicking on links from the application has installed malware onto their personal devices. It may surprise you to learn that this 2013 outbreak happened for the same exact reason why it happened again in 2016 – due to advertisements hiding malware in the coding.

You’d think that after the 2013 outbreak that Spotify would find a way to combat this problem; however, this same exact problem happened again in 2018 as well as 2020.

It was only after the last outbreak in 2020 that Spotify removed certain features like pop-up ads as well as adding a user warning when an ad is clicked.

Along with viruses, there have also been plenty of scams that users have fallen for, where they are sent an email or a text from someone pretending to be Spotify. These scams work by sending out a link to have you confirm your account and once the link is clicked, you are then directed to a phishing site.

Since there is little that Spotify can do to prevent these scams, the burden falls on the user to be more cautious when clicking links.

4. Can Spotify Harm Your Computer In Other Ways?

The most common way that you can find that Spotify will harm your computer is through the use of malware in its advertisements. However, there are plenty of other ways that Spotify puts not only your computer but also your privacy at risk.

Along with viruses, many applications experience bugs and issues that can affect the way the application works and can even do some damage to your computer.

Most notably, back in 2016, Spotify came under fire for having a software glitch that was affecting users’ hard drives.

The problem happened when an extension in the Spotify programming was bugged and, as a result, installed software onto some users’ hard drives, which were slowly burning the life of their computers.

In fact, the people that were affected reported that the programming issue actually removed several years of life from their hard drives meaning that they had to replace their computers much sooner than expected. However, it should be mentioned that those who experienced this problem often left Spotify running in the background all day long.

Another issue some users were having a few years back was that they found that running Spotify would drain their battery life. Again, this ended up being a problem in the programming of Spotify and was quickly fixed by the company.

Please also check out our article exploring whether Spotify affects a computer’s performance.

5. How Do You Keep Your Computer Safe While Using Spotify?

The number one way that you can keep your computer – and your data – safe while using Spotify is to be vigilant. This means that you should avoid clicking on advertisements or any external link that will open up any unknown websites.

However, if your computer has a virus detector, your computer should always be running a scan in the background to help keep your hard drive safe.

This is why it is recommended to always make sure to log out of Spotify on any public computer as well as change your password often. A red flag that you might have a virus or be a victim of hacking is if Spotify asks to switch to the desktop player mid-playlist.

Lastly, it is always a good idea to remove any third-party applications that may be running with Spotify. A 3rd party app is something that you attach to your Spotify application that will give you more features and a better way to customize your music listening experience.

But, since these 3rd party apps are not officially associated with Spotify, you are putting yourself – as well as your computer – at risk.

Like any application, using Spotify should come with a certain amount of caution. However, most recently, the media giant has worked to put steps in place to remove the risk to you and your devices.

Most notably, Spotify is constantly working to make its advertisements safer. It is also important to mention that the majority of problems that people have with Spotify come along with using their free basic subscriptions as opposed to a premium account.

So, if you really want to keep yourself safe, consider paying the monthly subscription fee. Good luck.

A Spotify Bug Could Be Killing Your Hard Drive

All The Ways Spotify Tracks You – And How To Stop It