Spotify is among the leading streaming platforms with its massive library of music and podcasts. A whopping 44% of its users plug into Spotify daily.

However, some users have complained that Spotify draining their device’s battery.

In this article, we answer your questions about Spotify and battery usage.

Here’s Whether Spotify is Decreasing your Device’s Battery: 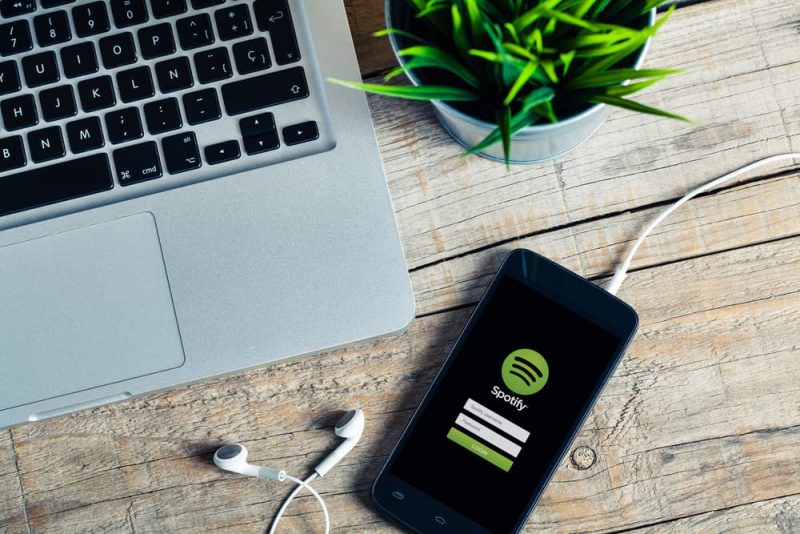 How Much Battery does Spotify use?

Some Spotify users have complained that Spotify began decreasing their iPhone battery at an astonishing rate. On consumer forums, some have claimed that there was 30-40% battery usage when the app was in use.

Spotify was not been entirely straightforward on the issue but did eventually make efforts to address the issue.

However, it’s likely that older Spotify app versions will use more battery than recent updates.

We are not able to state categorically how much batter Spotify uses. This is because the amount of battery an app uses can be dependent on a variety of factors, such as:

Why is Spotify Draining my Phone’s Battery?

It seems that many Spotify users using iPhones with iOS 14.8 and iOS 15 experienced excessing battery drain.

Spotify did acknowledge this problem and stated that a fix would be implemented. However, it’s worth keeping in mind that it is entirely likely that the extra battery was used up due to a bug in the OS.

Android users have also experienced problems with the app sucking their battery life and this could be due to several reasons, including outdated firmware.

Regardless of the device you are using, the best way to ensure your apps function optimally is to check that you are running the most up-to-date operating system and app version.

However, it’s important to keep in mind streaming media from any app will drain your battery fairly quickly. We will explain more about this later in the article as this may be the very reason your battery isn’t lasting as long as you’d like.

We recommend that you follow the guidelines outlined below to identify and solve the Spotify battery drain issue.

What Can you Do to Make Spotify use Less Battery?

There are few things more frustrating than your device shutting down on you due to sudden and unexpected battery drainage.

We have compiled a list of tips for you to prevent Spotify from using so much battery.

Here’s how to make Spotify use less battery on iPhone:

You can also try force-closing Spotify and re-opening the app and closing any apps running in the background.

Here’s how to make Spotify use less battery on Android:

Here are some other troubleshooting tips:

If none of the above works, you may need to delete the app and download it again. This could be due to a fault when first downloading the app.

There is also the option to enable “power save mode” on your device. This can be found in your device’s general settings. However, some users have found that enabling this can cause playback issues.

Does Spotify use More Battery than Apple Music?

According to a 1-hour observation, one consumer reported that Spotify used between 5% to 6% of the device’s battery, as opposed to Apple Music which drained approximately 3% of the phone’s battery.

However, this may not necessarily be true for your device. This is because the age of a device, its last OS update as well as what you are currently storing on your device all impact a battery’s longevity.

Many people love the convenience of being to listen to music via their Apple Watch while they exercise or work.

If you stream content frequently, the Apple Watch battery will drain very quickly. As a result of streaming music depleting the battery, you might opt to download audio files instead.

Here’s how to add music to Apple Watch from iPhone:

Just be careful when storing these files on your Apple Watch. Pay attention to how much storage space you have available on your device.

The amount of free storage will determine how much capacity your device has for more downloaded music.

Here’s how to check storage space on Apple Watch:

Very importantly, Apple Watch is designed to pair seamlessly with iPhone, not Android. While there are some ways in which you can sync Android to Apple Watch, you will lose functionality.

Does Downloaded Music use less Battery (than streaming)?

Streaming music eats up more of your phone’s battery reserves compared to listening to stored music— whether downloaded or synced.

Streaming music or podcasts will use more battery than playing tracks from your device’s local storage.

This is because your device has to perform multiple functions at once – access the internet, locate the song and play it back through your device.

If a music streaming platform has an offline version (as with Apple Music and Spotify), you can take advantage of this function to download songs that you listen to often.

If you are consistently streaming a song, download it and save it on your device provided that you have ample storage space.

Bear in mind, only Spotify Premium subscribers can download music; on Spotify Free there are limitations.

This way, you’ll be able to enjoy your favorite songs on the go without the worry of your device’s battery draining unexpectedly.

Spotify is a great app for downloading music and other content from popular artists.

While the battery drainage is a huge setback it does not stop users from accessing and listening to their favorite tracks on the platform daily.

That said, there are ways to ensure that you can continue to enjoy the app without your battery life decreasing drastically.