Apple Music has proven to be a hugely popular streaming service by providing its subscribers with an expansive music library where they can download their favorite songs to listen to offline.

However, it can happen that your listening experience is interrupted when you realize that your music has been ‘undownloaded’ by Apple Music.

This article will look at common issues that can result in Apple Music removing downloaded songs and how to fix them. 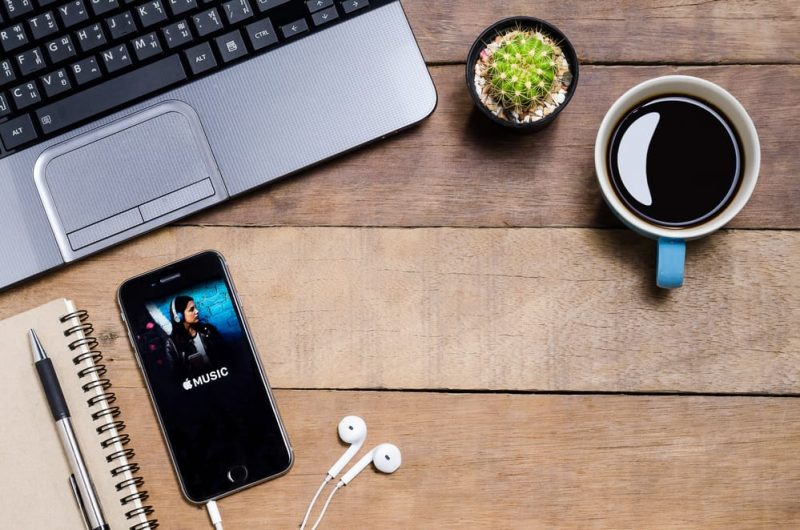 1. There is Not Enough Space on Your Device

The most common problem which has been noted is that your device may not have adequate space available for the music that you are trying to download.

It is important to note that it doesn’t just apply to the music you’re downloading; it also affects the music that you have already downloaded.

How does it affect the music you have downloaded?

The purpose of this feature is that when your device is running low on space, it will automatically free up space while you’re downloading music, for example.

Optimize Storage allows you to pick the storage size you want, which then permits Apple to manage the music files based on that storage size.

Therefore, your device will automatically ‘undownload’ music you haven’t played in a while to free up your iPhone music storage.

This feature can be turned off by following these steps:

2. Your iCloud Music Library is Disabled

When switching to a new iOS device, or if you have just completed an iOS update, it may slip your mind to check that iCloud Music Library is enabled on your device.

iCloud Music Library is an iOS feature that makes sure that all your downloads are synchronized across your devices.

When iCloud Music Library is turned off, it will cause all previously downloaded content to be deleted.

To prevent this from happening, follow the steps below:
Firstly, make sure that you are signed into your iOS device with the same Apple ID that you use for Apple Music

3. Your Software Update has Been Corrupted

A corrupted software update can cause certain features of your iOS device to malfunction. One such glitch is that sometimes your songs appear to be missing.

There are several causes, but the main cause of corrupted software is an unstable internet connection.

An unstable internet connection disrupts the correct flow in downloads, which results in certain files being duplicated or even ‘falling between the cracks’ and disappearing.

When the main firmware update has disrupted files, it’s very likely that apps like Apple Music and their functionality will be affected.

Here are some pointers to preventing a dysfunctional software update:

4. Your Apple Music files are Corrupted

It may occur that it is not all your downloaded songs that are being deleted, but maybe one or two from the same album.

The issue here could be that the file itself is corrupted and not the app in its entirety. In this case, you must make sure that song is really removed from your library and then simply download it again.

5. Your Apple Music Subscription is Expired

Apple Music is known for being a secure streaming site where you can download your music to listen to on the go, at any time.

However, Apple Music only works on a subscription basis, where you pay a monthly premium to use the service. This means that you can only listen to music on Apple Music while your membership is active.

DRM stands for Digital Rights Management. This means that copyrighted work in the digital world, like streamed music, is encrypted in order to prevent distribution illegally.

In this case, Apple Music obtains the rights (by the Artist consenting to release their work on Apple Music) to stream the music and protects this right through the monthly subscription.

Once your subscription lapses, you no longer have access to Apple Music’s copyrighted work, and so the downloaded music in your library will be deleted.

On this note, if you change banks, then it’s a good idea to ensure that you update all your billing information on your subscriptions, including Apple Music, so that you don’t miss out on your favorite services.

6. An Artist No Longer Loads their Music on Apple Music

When songs from specific artists are removed from your library, and their whole catalog no longer appears on Apple Music, it may just be that the artist longer streams on Apple Music.

Various reasons may be the cause of an artist’s music no longer appearing on the Apple Music platform, like label disputes, copyright issues, etc.

If the Artist has chosen to remove their music altogether, then it may seem that the song you are trying to play has been ‘undownloaded’.

The reason for this is due to the DRM licensing of music, which we looked at earlier in the article.

In this instance, the fault is not on Apple Music’s end. But, to be very certain, we suggest trying to play a song from a different artist, and if their music plays then it likely isn’t the interface or your device at fault.

7. There May be a Glitch Between Apple Music and your Android Device.

Apple Music was released on Android’s Play Store in November 2015, just a few months after its launch on Apple. This was Apple’s first official Android app.

For the most part, people who use Apple Music on Android have been able to enjoy their music with ease.

However, if you’re an Android owner and have found yourself in a pickle with your downloaded songs being removed, fret not; we have steps for you to check out.

Before we proceed, we suggest you first try force-quitting and then relaunching Apple Music on your device. Sometimes a simple reboot can fix some glitches.

If this doesn’t solve your issue of your downloaded music being ‘undownloaded’, we recommended you try the following:

1. Reconnect to your internet network provider. Downloads can be corrupted due to a poor internet connection.

2. Clear the Cache with these simple steps:

3. Update the Apple Music App by doing the following:

8. Apple Music’s Servers are Down

Apple Music on Android sometimes stops playing downloads after being disconnected from the Apple Servers for a while.

Firstly, if your download has been removed, we suggest that you double-check that your internet connection is strong.

If your internet connection is good, then there’s a chance the issue is being caused by something on Apple’s end of things.

To find out if there is a problem on Apple’s side, you can go to Apple’s System Status page.

This will give the current status of each Apple service. If you see red, it means it’s down, and green means everything is working as it should.