Apple Music has become one of the most popular music streaming services in the world, and a subscription to the platform allows access to over 100 million songs.

However, despite its giant library, some users have complained that Apple Music skips songs during playback.

In this article, we’ll take a look at the common issues that cause Apple music to keep skipping songs and give you the tips you need to solve this problem fast. 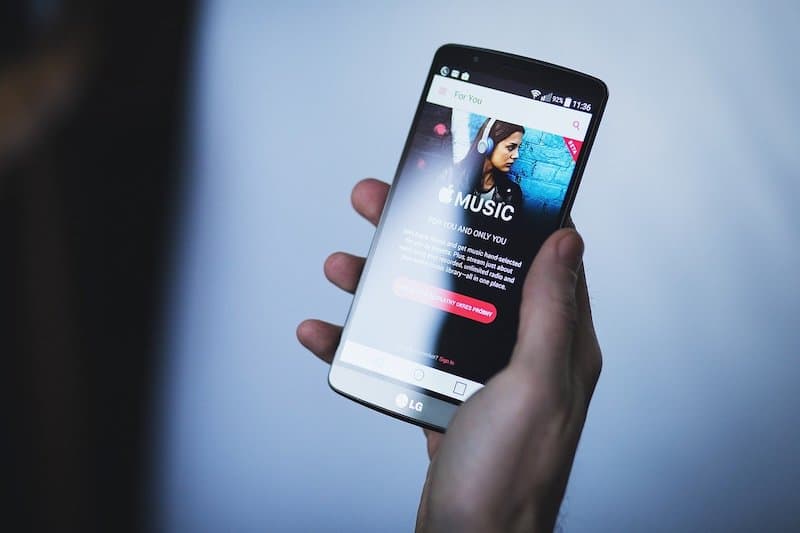 The Apple Music app allows users who are subscribed to Apple Music the ability to stream tracks on their devices. Users can search for a playlist, album, or artist and simply hit play in order to get right into the music of their choice.

However, it’s important to understand that in order to stream music from the Apple Music app, your device needs to be connected to the internet.

The major benefit of streaming music over the internet is that you can retain storage space on your device. The music you want to listen to is, as SoundCharts.com explains, sent in:

“(…)small amounts so that the user can get pre-buffered music that has been pre-buffered a few minutes or even seconds before playing a song. Given that the user has a good internet connection, streaming technology provides an uninterrupted listening experience, without ever actually saving the files on the user’s device.”

A good internet connection is fundamental to uninterrupted music streaming, as pointed out above.

Without a stable internet connection, Apple Music will not be able to provide your device with seamless playback and this can result in Apple Music skipping songs.

Apple Music has a tendency to skip to the next track if it’s having problems playing the current song. So, naturally, if internet connection issues are creating playback problems for Apple Music it’s likely this is the reason for your Apple Music app to keep skipping.

Thankfully, your device is not held hostage by a bad connection to the internet.

If you notice that your cellular device’s signal strength is low, try connecting to a WiFi connection.

You’re likely to find that it is much more stable to stream on a strong Wi-Fi network, and it will save on your cellular data allowance too!

2. Problems with your Wi-Fi are Making Apple Music Skip

So we’ve covered how you need a solid internet connection in order to stream music seamlessly with Apple Music without it skipping. However, if you’re having problems even once you’ve switched to your Wi-Fi then you’ll be looking for another solution.

Sometimes our devices need to reset their connection to the Wi-Fi network to ensure they are properly connected.

Here’s what to do:

Your iOS device should automatically reconnect with your network and Apple Music should stop skipping.

If you are using an Android device the procedure is the same, but instead of swiping up, you’ll need to swipe down first before tapping the Wi-Fi icon on and off.

However, some users have found that they need to go a step further and ‘forget’ their Wi-Fi network and then re-add it. By doing so, the connection to that specific Wi-Fi network is restored and Apple Music no longer keeps skipping songs.

Here’s How to Forget & Re-add your Wi-Fi Network on iOS:

Here’s How to Forget & Re-add your WiFi Network on Android:

If the above solutions still fail to produce results, and your Apple Music app still keeps skipping songs, it may be worth rebooting your router.

3. Apple Music is Skipping Songs because the App is Out of Date

Updates are essential when it comes to the functionality and security of your apps. Developers release updates in order to fix bugs and glitches, which are sometimes even flagged by the community of users.

Apple Music is no exception and is often updated to ensure that Apple Music subscribers have the best user experience and are free from potential problems.

When reports of songs skipping on Apple Music emerged, Apple naturally wanted to find a way to fix the issue fast.

The problem of skipping songs during playback centered around Dolby Atmos and Lossless track types. These high-definition file types are meant to provide users with the very best quality listening experience.

The availability of lossless formats is a major facet that sets Apple Music apart from competitors such as Spotify. It was, therefore, essential that Apple found a solution to ensure that these formats could be enjoyed without skipping.

To combat this issue, Apple Music released an update and, as ScreenRant.com explains:

“(…)the iOS 14.7 update fixed a bug that caused Lossless Audio and Dolby Atmos songs to randomly stop in the middle of playing them.”

This should underpin how crucial it is to keep your Apple Music app updated. However, it is also important to realize that an outdated app can lead to a lack of functionality in many ways, including, but not limited to, track skipping.

You can ensure that your version of the Apple Music app is up to date by taking using the following guides.

Here’s How to Update Apple Music on iOS:

Here’s How to Update Apple Music on Android:

Once you’ve updated your Apple Music app, try opening the app up again and testing whether your songs still skip.

With any luck, you should no longer have any glitches now that you’re running an up-to-date version of Apple Music.

4. Your Apple Music Song Keeps Skipping because you have a Bad Download

Downloading songs for offline play negates the need to stream tracks via an internet connection. By downloading tracks, albums, and playlists from Apple Music, users can listen to their favorite tracks without worrying about signal strength.

Downloaded tracks should not usually skip because they are saved to your device in full, which means that they do not need to be pre-buffered.

However, there is still a chance that your downloaded tracks may encounter playback problems which cause the Apple Music app to skip them.

If you’ve found that one or more of your downloaded tracks are skipping on Apple Music, then it could be that you have a corrupted or incomplete download.

Here’s How to Remove a Bad Download from Apple Music on a Mobile Device:

Once you’ve removed the tracks that have been skipping on Apple Music, simply search for them in your library and redownload them again with a stable and uninterrupted connection to the internet.

Once they are saved onto your device, you should find that they no longer skip.