But what about when we install programs like Boot Camp and Parallels that lets us run Windows programs? That would open up Pandora’s box, right?

When you run Windows in a virtual Mac environment your computer is vulnerable to viruses. Although potential attacks will only affect parts of your machine and not your Mac’s operating system. Remember to take precautions and create regular backups.

That’s the very short answer. But things are actually quite complicated when we’re talking about virtual machines and antivirus. 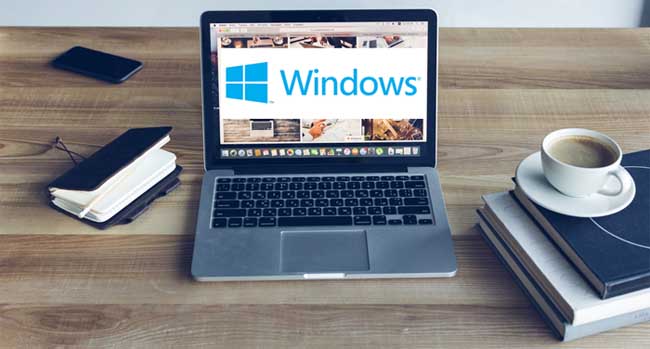 As soon as you install a virtual machine like Boot Camp or Parallels you open up your machine to all the treats from the “Windows world”. That’s basically what happens.

Even though you are still practically working inside an Apple environment you are giving the controls to Windows and the connection between the Windows program and the internet is as open as when you’re on a PC.

There’s not a big difference here.

It’s simply one of the perks that come with Windows no matter if you use it on a Mac with a virtual machine or if you run it directly on a PC (or anywhere else we can think of).

Do I Need Antivirus on Both OS X and Windows?

Yes. You will need to install antivirus programs in both environments. Even though the two systems do share some features and mechanisms they do both require a piece of antivirus software. The virtual machine fully emulates a computer.

When you install a virtual machine you are basically running two machines on your computer. They need to be treated as such.

Any Antivirus program you have on one of the machines will not protect or affect the other machine in any way. So you will definitely need to make sure both machines are protected at all times.

But that being said, you are running Windows in an enclosed environment on your Mac. This means that a virus will most likely only be able to access files and folders that are accessible from the virtual environment.

So, your whole OS X will not be in jeopardy.

And as soon as you invite Windows onboard on your Mac you also open the flood gates to (almost) all the viruses that are designed and created for Windows. But many of these are targeted to the operating system and your OS X should be 100% safe as it is placed outside the range of what Windows can reach on your machine.

Will the Two Antivirus Programs Conflict?

The two programs should not cause any conflict as they run on two different machines. Remember, the virtual machine you run through Parallels or Boot Camp is it’s own OS.

That being said, there are reports of problems around web forums where people are running the same antivirus program on the OS X side as on the Windows side.

This shouldn’t be a problem, but to be on the safe side you can install two different programs. You could choose Avast for Mac and AVG for your Windows installation.

Other than that, there’s some speed issues to take into account.

You might need a machine with quite a lot of ram to run programs in both Windows and Mac simultaneously.

What Antivirus Should I Use for Parallels & Boot Camp?

There’s an antivirus program pre-installed on Windows called “Windows Defender”. It’s designed by Windows to keep viruses, worms, trojans, and other malware out of your Windows machine.

But the reviews are definitely not all good.

There are many self-claimed experts online who talk badly about it.

Personally, I haven’t tried Windows Defender, but I think you should top it up with one of the “proper antivirus providers” out there. After all, they have decades of experience when it comes to these things.

You can use any Windows-based antivirus program you like. You are not limited in any way by running Windows inside Boot camp or inside Parallels.

Just pick your favorite antivirus and go ahead and install it inside your Windows environment. Here’s a list of the biggest antivirus programs for Windows that people generally trust to provide a good quality product:

Most of these programs have either a 30-day free trial or even a completely free version. So, you can just pick your weapon of choice!

There shouldn’t be any security-related arguments to choose one over the other. They both function great. The main difference is that with Boot Camp you reboot your system to switch over to Windows. With Parallel, you can run both OS simultaneously on the computer.

There shouldn’t be any differences between Boot Camp and Parallels when it comes to security issues. Boot Camp is an Apple product so I will be recommending them.

After all, they should know best about security issues in their own systems.

But if you need to shift back and forth between programs on your Mac and Windows environments you will need to use Parallels. As the name indicates, you will be running the two operating systems in parallel.

Since Boot Camp is free for Macs with Intel Chips you can always try that one out first.

We did find a few mentions of issues people had with permissions being too vague with Parallels. Some have reported problems with read/write permissions and shared profiles.

But in my opinion, the main reason to choose Boot Camp over Parallels is that it’s made by Apple themselves.

That’s a big plus in my book.

Besides installing a good antivirus program, let’s look at what else you can do to make sure to stay safe when running Boot Camp or Parallels.

1) Don’t Use Windows for Browsing

The best advice I have is to limit the use of Windows programs on your virtual machine.

You don’t need to browse the web inside your Boot Camp environment when you have your Mac programs running alongside your Windows installation.

I would be very careful to always use browsers, FTP programs, etc. from the Mac side and not from the virtual machine. The Mac does have a better reputation when it comes to online security and antivirus protection.

Make sure to install ALL updates from the software providers. We don’t want any rogue code when there’s a patch or update available online. After all, they are there for a reason.

Typically, software providers push an update when there’s a security breach or a vulnerability to the systems.

So make sure to update as soon as you can. Don’t ignore those annoying messages on the Windows machine.

Public Wi-fi’s are the words. Period.

They are where most viruses, trojans, worms, etc. are shared and caught. Make sure to never open your browsers inside the virtual machine when you’re online in places like:

These places have very low security and they are the primary target for hackers for several reasons:

4) Use a VPN To Increase Your Security

If you have been reading other articles on our site you know that we LOVE VPNs. We love the privacy they offer and we love the level of encryption you get when working over public Wi-Fi (in particular).

But no matter whether you’re using public Wi-Fi or not you should always use a VPN when using Windows programs on your Mac.

Especially if you don’t want to run an antivirus program on the Windows part of your Mac!

You won’t be protected from viruses directly from using a VPN but you will make it harder for hackers to access the Wi-Fi you have joined. Just remember, you will still be getting trojans, worms, and other malware if you click a malicious link!

You can just put up an “echo-device” that mimics the router and in a second you will have everybody’s traffic routed around your machine.

So, stay away from public Wi-Fi, unless you are using a VPN.

Yes, also on your phone! Read our guide to VPN on phones (and why you need it here the most)