If you’re an eero customer, you might have noticed that your internet speeds are slower than they used to be. It’s a problem we’ve heard about from several customers, and it’s one we’ve experienced ourselves.

As such, I wanted to share some information about why this might be happening, as well as how to solve the issue so you can get back up to speed ASAP.

Here’s If Eero Can Slow Down Wi-Fi:

It’s possible that eero could slow down your Wi-Fi if it’s interfering with your network. If you have a lot of devices connected to a single router, the slower the internet will be. This is because every device slows down each other as they send out packets of data to the router. 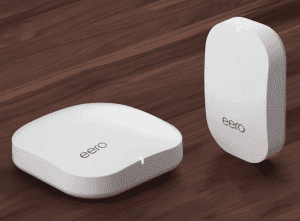 This can also happen if there are too many walls or floors in between router and eero.

The signal strength decreases with distance so if there is a wall or floor in between where one device lives and another one lives, then both signals must travel farther than necessary before reaching each other.

This takes longer for both signals than just traveling directly from one place to another without any obstacles getting in their way (which means less interference). So hopefully now you know why eero might not work well for everyone.

How Come My Wi-Fi Is Slower When Using Eero?

If you’re using eero, it’s important to understand that the device uses a lot of bandwidth.

Since each eero node is connected to the internet independently, each node acts as an individual access point and router for your network.

This means that each eero node has its own IP address and can serve up data independently from other nodes on your network.

If this sounds like too much information for you, don’t worry—we have some solutions here;

If you want to make sure that only one (or two) of your eeros are connected through Ethernet cables instead of being wireless, simply remove the Ethernet cable from any other nodes and connect it directly into one or two Ethernet ports on your modem/router of choice.

eero uses the same 2.4GHz and 5GHz bands as your Wi-Fi router.

You can think of this like a highway, with your router being the main road and the eeros being smaller roads branching off to connect with each other and your devices.

As cars travel on these roads, they all have different destinations in mind. Some are going straight home; some are traveling through town to get there; some might be stuck in traffic or waiting at a stoplight for awhile before getting there.

The same goes for how information moves through each band—some data is going from point A (your device) to point B (the eero), while other data is traveling between multiple points along its way from one end of town to another end of town (or even across continents).

Check out our blog here about do Amazon Firesticks slow down wi-fi?

How Do I Check If It Interferes with My Wi-Fi Connection?

In order to check if eero is interfering with your connection, you’ll first need to confirm that it’s the problem. You can do this by checking your wireless adapter settings and router settings.

If eero does appear to be the culprit, there are several ways you can fix it:

How Much Bandwith Does Eero Use?

It’s important to note that eero uses about 1% of your home’s internet speed. This means that if you have 100 Mbps, eero uses 1 Mbps. If your internet is slow, this will only make it slower because of the amount of bandwidth being used by all connected devices.

If you don’t connect eero to the internet for a long time (or never), it won’t use any data at all.

It does not need to be connected 24/7 because it doesn’t send or receive much information while not connected; instead, it simply keeps track of new devices in its network and sends out updates when necessary (for example: when someone connects an iPhone).

In addition, even when connected to the internet, eero doesn’t send many packets (data) per second so even if someone were watching YouTube videos on multiple devices at once they wouldn’t notice any drops in speed due to increased traffic caused by them watching those videos at once!

Can You Stop Eero from Interfering with Your Wi-Fi?

If you have an eero Wi-Fi system, there are a few things you can do to make sure it doesn’t interfere with your existing network.

If you’re having problems with your Wi-Fi network, eero has a few ways to help. However, if you want to stop eero from interfering with your existing Wi-Fi, here are some suggestions:

Use a Different Channel

The first step to solving any Wi-Fi issue, including eero interference, is to check the channels on your router and eero.

If the two are too close together, they’re going to interfere with each other.

You should try switching them around so that you have more distance between them. This will help reduce any problems with speed or connectivity.

Keep Your Router & eero as Far Apart as Possible

While this is not always possible (like in small spaces), it’s still important that you keep at least 5 feet of space between your router and eero units whenever possible.

If you have multiple eeros in one room or location, it’s possible that they are interfering with each other as well as your existing Wi-Fi network.

To prevent this from happening, set up each one using our app or WPS button individually so they don’t have to communicate with each other during setup.

How Can You Stop Eero from Slowing Down Your Wi-Fi?

Use a different wireless channel. If you’re in an area with many other routers, some of which may be on the same frequency as your own, eero can be forced to use slower channels to communicate with them.

To fix this issue, change the wireless channel on your router and/or eero until you find one that is free from interference (e.g., Channel 1 and 6 are generally best).

Change the wireless channel on your router or eero individually by following these steps:

What Factors Slow Down Wi-Fi?

The speed of your Wi-Fi can be affected by a variety of factors, including the number of devices connected to your network, the distance between the router and your device, and even other devices in your home. The good news is that most of these are easy to fix:

The first step is to ensure you have enough bandwidth (the amount of data transferred per second). If you’re exceeding this limit due to too many devices or streaming content—such as multiple people watching Netflix at once—you will notice a significant slowdown with every new connection.

Even if it’s still slow after going over what you thought was an acceptable amount, don’t worry: there are several ways you can increase your bandwidth without upgrading expensive equipment or calling in an IT expert.

One thing to realize is that eero devices are great, but they won’t help if you have poor internet speed. In fact, it can actually make your speed worse if your router doesn’t work well with eero.

If you want faster speeds, try connecting all your devices to one router instead of using two routers at once—that way there’s less interference between them and no chance for eero slowing down Wi-Fi.

Read our blog about can someone slow down my wi-fi?