If you’ve ever wondered if there might be a camera hiding in your cable box (or any electronic device, for that matter), you’re definitely not alone.

We live in a world where it’s increasingly common and accepted for corporations to spy on us and harvest our data for profit without our consent.

If this fact alarms or worries you, that’s good, because the more aware you are about the ways you’re being surveilled, the more you can do about it.

So if you’re wondering if your cable box is spying on you through a hidden camera, read on, because we’re going to take an in-depth look at this phenomenon, and how you can take back some control of your own privacy.

Here’s If There’s A Camera In Your Cable Box:

The answer to this varies, as it depends on what brand and model of cable box you’re using. But what we can tell you is that cameras installed in cable boxes definitely exist as a general phenomenon. But some manufacturers will still advertise them as included and then sell them separately. 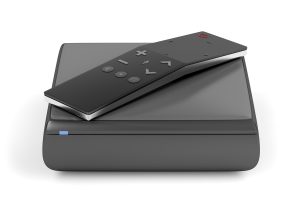 Sometimes the presence of a camera is advertised as a feature and doesn’t have to hide, such as in the case of many smart boxes with motion controls or other camera-based features.

In terms of hidden cameras, however, that’s a bit harder to say. By the very nature of being a hidden camera, its presence isn’t going to be broadcast and might even violate the law as a result.

This absolutely does not mean it’s not possible, however. Instead, it means that it may or may not be true and is going to be very difficult to verify.

Furthermore, even when the presence of the camera isn’t hidden, there’s no reason to expect the company to be fully honest about what it’s being used for.

For instance, it might be claimed that the camera is only used to, say, facilitate smart motion controls, but in truth it might also be covertly gathering your data to better advertise to you and/or sell to third parties.

What Cable Box Brands Use Cameras in the Box?

Since it would be literally impossible to find conclusive data on the possibility of hidden cameras not mentioned even in fine print or user manuals, let’s take a look at the various brands that are actually admitting to putting cameras in their cable boxes.

Back in 2007, Google caused some concern with an announcement of its plans to manufacture and market smart TV boxes with cameras and motion sensors.

Naturally, Google claimed that these surveillance devices would only be used to help improve the end user’s experience by collecting data on their watching habits and using this data to give better watch suggestions and tailored advertisements.

But as we’ve already alluded to, big companies like Google have a long history of being dishonest about exactly what they’re using your data for, and how much of it they’re collecting.

Verizon and Microsoft came forward with patent applications and plans for similar devices around the same time, and these days it’s honestly a moot point to try and list which big companies are and aren’t doing this.

That’s because at this point we’re looking at a trend that’s caught on, and now every big name has at least one smart device on the market stuffed to the gills with monitoring devices.

Check our article out about is my Fitbit listening to me?

How Do I Know if There Is a Camera in My Cable Box?

Not to be alarmist, but the short answer is that you can’t really know for sure whether there’s a camera in your cable box (or any high-tech device in your home) or not.

This is because, as we’ve covered so far, if a company wants to include hidden, undisclosed, and maybe even illegal monitoring devices in their products, they’re certainly not going to make it obvious.

It’s for that reason we can’t say with certainty one way or another whether this is occurring; all we can say for sure is that there are smart devices with non-hidden cameras, and as to the potential of hidden cameras, well, it’s certainly possible, but we can’t make any definitive claims.

With all that being said, there are a couple of steps you can take to do your best in determining whether or not your box may include a camera or other monitoring device.

Firstly, the simplest step is just to check whether or not your box is advertised as a “smart” device. If it is, it almost assuredly has a camera, and the camera may even be mentioned in the user’s manual.

Speaking of user’s manuals, that’s your second step: read the manual. While a lack of mention of any cameras in the manual isn’t a guarantee there isn’t one, it’s a good idea to check anyway on the off chance the camera’s existence is hidden in the fine print.

Finally, if you’re still concerned, you can try the “flashlight trick” or the “phone trick.”

Wait until it’s dark outside, and turn off all the lights in the room. Then, shine a flashlight on the cable box and look for the reflective shimmer of a camera lens on its surface.

Similarly, you can try looking through your phone’s camera at the box and try to spot a similar sort of lens shimmer that’s more easily detectable through another camera lens than the human eye.

Neither of these methods guarantees the presence of a camera, as there are other explanations for reflective surfaces on your cable box, but it’ll give you a better idea than naked-eye observation and manual reading alone.

Let’s take a look at some of the most common places a camera might be located in your cable box.

As a necessary disclaimer before we begin, we must be clear this isn’t an exhaustive list nor is it guaranteed to be accurate. We cannot tell you for sure if there is a hidden camera in your device or where it is; we’re just making informed guesses here.

Somewhere in the Front of the Device

This might seem obvious, but before we continue any further it’s important to point out the obvious.

For a camera to be of any use, it’s going to have to be forward-facing. A steady feed of the inside of your entertainment system, however reliable, isn’t going to give anyone any usable information.

Therefore, when trying to determine the presence of a hidden camera, you should focus your attention on the front of the box that faces outward.

In the Remote Sensor

Any device that uses a remote control, including TVs and cable boxes, is going to have an easily recognizable bit of reflective material somewhere on the front of the unit that picks up the signal from the remote control.

This is an ideal place to hide a camera or other monitoring device because it’s unlikely to arouse suspicion.

After all, that little square of reflective material has a reason to be there, right? You need it for your remote to work. Therefore, if they were to slip a tiny camera into the same spot, it would be the perfect hiding place.

In a Corner of the Screen

Okay, this one doesn’t actually apply to cable boxes, but rather TVs. Even so, as long as we’re on the subject of hidden cameras in general, it’s still worth a quick mention.

On a TV, computer monitor, or another device with a screen, the very edge or corner of that screen would make a great place to sneak in a hidden camera.

The “border region” between the screen and the casing would make a particularly tiny camera harder to notice because it’s being slipped in between two things that otherwise belong there: the screen itself and the casing that holds it in place.

Can You Disable Cameras Altogether in a Cable Box?

Yes! You can unplug and discard the cable box, and stop using cable. This will entirely disable any included camera and prevent it from being used to spy on you.

Sound a bit dramatic? Maybe so, but it actually is a viable strategy. Especially with the number of streaming services available these days, neither cable nor satellite is really necessary to enjoy the kind of entertainment you’re looking for.

That being said, if you’re not ready to cut the cable altogether, there are a few things you can do to continue using your cable box and minimize the risk of being recorded yourself.

If you’re using a smart device, you should be able to change your privacy settings in the options menu, however, this is no guarantee that your data won’t be harvested anyway.

If you think you’ve located a camera using any of the tips above, you can simply cover the camera with a bit of cloth

If you’re willing to risk voiding your warranty and possibly breaking your device, you could even try snipping the wire to what you believe is a camera. Needless to say, we can’t recommend this approach so try it at your own risk.

Read this article about is my Roku is listening to me?