HDMI extenders are devices that can extend the length of an HDMI cable. They do this by splitting the signal and sending it over two cables.

So, if you need to run a cable longer than what’s available in your home theater or commercial setting, an HDMI extender could be your solution.

But how do they work? And do they reduce signal quality? Let’s find out.

HDMI extenders do reduce signal quality because they introduce new sources of interference into your system that may disrupt your picture or sound quality. HDMI carries both video and audio signals, so it needs more bandwidth than traditional analog cables (like composite). 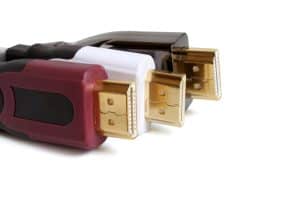 HDMI extender cables are designed to make the transmission of HD video signals more reliable and effective. They can be used in situations when a short distance separates two HDMI devices, but still the signal needs to be boosted or extended.

HDMI has become the preferred way to connect high-definition video sources, such as Blu-ray players, cable set-top boxes, game consoles and other devices, to HDTVs and home theater receivers. Unfortunately, this format does not travel well through long distances. The combination of copper wires and electronic components tends to cause interference and distortion in the signal if it is sent over too great a distance.

This is where an HDMI extender cable comes into play. The device acts like a relay station for an incoming signal before re-transmitting it over another cable — or even over the airwaves in some cases — so that it arrives at its destination without any degradation in quality.

But how much difference do these devices actually make? Are they worth using? Does using an HDMI extender cable affect image and sound quality?

If you’re using a long HDMI cable, it’s important to know that electrical interference can cause problems with the quality of the signal.

Extending an HDMI signal over a long distance increases the risk of this kind of signal degradation.

How Does Electrical Interference Affect HDMI?

HDMI cables contain copper conductors that carry data signals at high speeds (up to 10 gigabits per second). If a cable is too long or if it’s poorly shielded, it may pick up stray voltage from nearby power lines or other sources of electromagnetic interference (EMI).

This EMI can interfere with the quality of your video and audio signals, causing them to look distorted or grainy onscreen.

The longer your cable is and the more interference there is along its path, the greater chance you’ll have for image distortion or loss of sound quality.

Will HDMI Extenders Cause Graphic Delays?

HDMI Extenders are devices that can be used to extend the distance of an HDMI connection. These products are often used in commercial applications where long cable runs are needed.

For example, an HDMI extender can be used to connect a projector to a receiver located in a ceiling box or other inaccessible location.

The problem with using HDMI extenders is that they introduce additional delay into the signal path which can cause graphic timing delays or other problems with the video output.

What is Graphic Timing?

Graphic timing is the process of synchronizing all aspects of a video signal so that they start and stop at exactly the same time.

This includes synchronizing audio and video signals as well as adjusting for any differences in signal propagation speed between cables and components such as processors, scalers, switchers and displays.

The answer to this question is yes and no. It depends on the type of HDMI extender you buy and whether you are using it in a digital or analog mode.

The main issue with HDMI extenders is that they use various types of signals to extend the length of your network cable.

These include Ethernet, fiber optic, and copper wire. The type of cable used depends on how far you want to extend your signal.

Can Two HDMI Cables Be Coupled Together?

Yes, you can couple two HDMI cables. This only works if both cables have the same number of conductors. The most common case is to have two identical HDMI cables, but it can also be done with a single HDMI cable and a standard audio cable.

If you’re using one of our HDMI cables, then this is easy to do as all of our HDMI cables come with an attached adapter. The adapter has a male connector for each end of the cable, so it can be easily coupled with another identical adapter.

If you’re using other types of cables, then there are two different ways to connect them together:

When combining two HDMI cables together, there are three things you need to consider:

This myth may have started because early HDMI cables were often poorly constructed and tended to fail at higher resolutions. However, modern HDMI cables are much more reliable and do not suffer from these issues.

The only time you should be concerned about the length of your HDMI cable is if you plan on connecting multiple devices together with one long cable. In this case, it’s possible that interference could occur between devices if they’re too close together.

It’s still perfectly safe to use long cables if you’re just connecting one device to another though!

HDMI extenders are devices that allow you to extend your HDMI cable over a long distance. They’re useful for connecting your TV to a computer or other device, but they can also be used to connect your Firestick to the TV.

However, there’s one big problem with using an HDMI extender with a Firestick: they can affect the quality of the picture on your TV. This is because they amplify any interference in the signal as well as add their own interference.

As a result, you’ll get worse picture quality and sound from your Firesticks if you use an HDMI extender than if you use a direct connection between them.

Read our blog here about do HDMI cables carry both audio & video?

In the end, a quality HDMI extender will be made of high-quality components and packed with features, allowing you to stream your HDMI signal without worrying about signal quality.

If the high-definition display is your goal, then taking the time to research which extender is right for you is crucial, and the product reviews in our roundup should help you get started.