If you’re wiring a new house or remodeling an existing one, you may be wondering if it’s safe to run multiple electrical wires together.

The answer depends on several factors, including the gauge of the wire and the voltage that will be carried through the junction box.

In this article, we’ll tell you everything you need to know about running multiple wires together in your home or business.

Here’s If You Can Run Multiple Electrical Wires Together:

You can run a few wires together as long as they’re not covered. However, don’t bundle together 5-10 wires as they can start generating heat. It’s also important to ensure that all wires are in good condition. Contact between two exposed or damaged wires could cause shorts and fires. 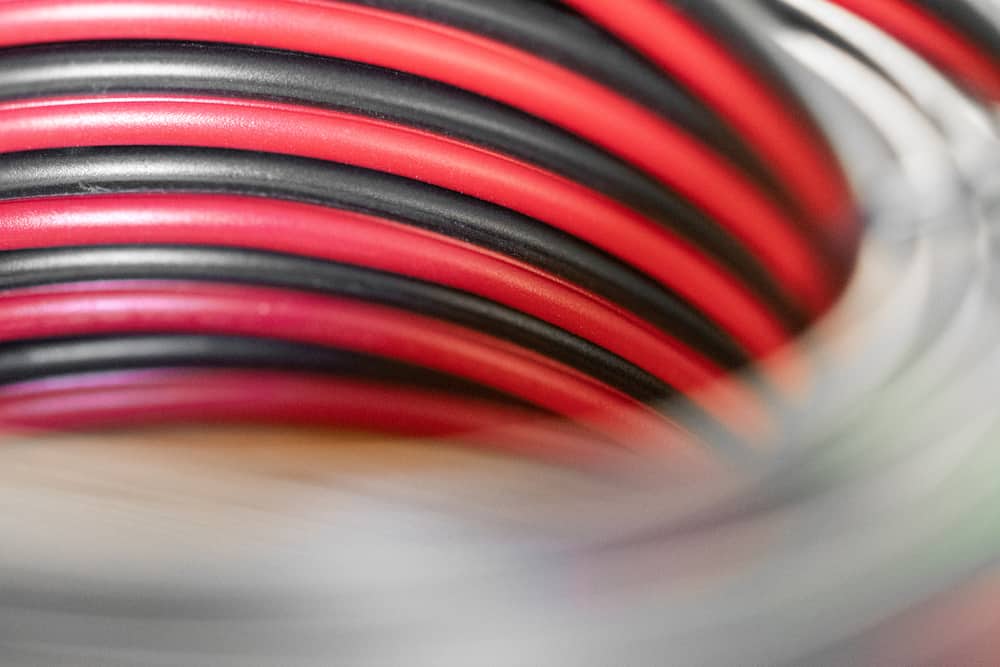 Can You Run Multiple Electrical Wires Together?

You can run electrical wires together. But there are some rules that apply.

First of all, you need to make sure the wires are placed in the open air so they can get rid of any heat they may generate.

You need to make sure that the wires are not placed on top of each other in several layers.

Place the wires NEXT to each other so each wire only touches one or two other wires. That way we can ensure that any generated heat will evaporate into the air and not get added to the heat of the next wire, and the next, and so on.

A big bundle of 10-15 wires stripped together to form a thick “wire” can be problematic as the heat form the wires in the center cannot escape other than through the next layer of wires.

This can cause the whole bundle to slowly build up heat as you connect more and more devices to the wires in question.

Do Electrical Wires Interfere with Each Other?

The standard answer is that electrical wires don’t interfere with each other.

But there are some situations where you might want to consider running them separately.

If you run two or more electrical cords in close proximity, the electromagnetic fields generated by the currents in those wires can interfere with other cables.

This kind of interference can cause problems with radio reception and even damage signals to electronics like computer monitors, televisions, and stereo equipment.

You can run several audio cables (speaker cables) together, but not electric wires.

Can You Run Electric Wires Next to Each Other?

The best way to fun electric wires is to run the next to each other rather than on top of each other (in a bundle).

You can do that by using something like this:

These cable stackers helps you separate the cables out so they don’t wind up in a big pile. So, it’s good for your safety (they get spaced out and stop generating heat together) and it also looks much better and you get more organized.

Can Cables Bundled Together Get Too Warm?

The answer is yes, cables bundled together can get too warm.

This can easily happen if you run your cables in a bundle rather than placing them nicely next to each other as you can do with the stackers we link to above.

Cables increase in temperature when current passes through them. The more current that flows through a cable, the warmer it gets. It also gets warmer, the thinner the cobber core is.

So how can you tell if your cables are getting too warm? Well, there is no exact answer to this question because it depends on what type of cable you are using and how much current passes through it.

For example, if you have a thin copper wire with high resistance then it will get hot very quickly compared to a thick wire with the same resistance.

Cables can get a little warm, but not too warm.

As long as the cables are bundled together, the heat from one wire will heat up the next cable. So, you need to space them out to let the heat dissolve into the air.

The amount of heat generated by each cable depends on its length and thickness. For example, a thinner cable will generate less heat than a thicker one with the same length. It’s also important to consider how much power is being drawn through each cable because this will determine how much energy is being used to generate that heat.

In general, if you notice that your cables feel hot to touch, you should immediately turn off your device and let it cool down before continuing use.

In conclusion, you can run a few wires together; however, it’s generally not recommended.

You should space them out using the plastic thing we link to next to the image further up in this article.