When it comes to microphones, you need to be aware of certain risks that can affect the functionality and performance of your equipment.

The first thing that comes to mind when thinking about magnets and mics is the interference that they can create. 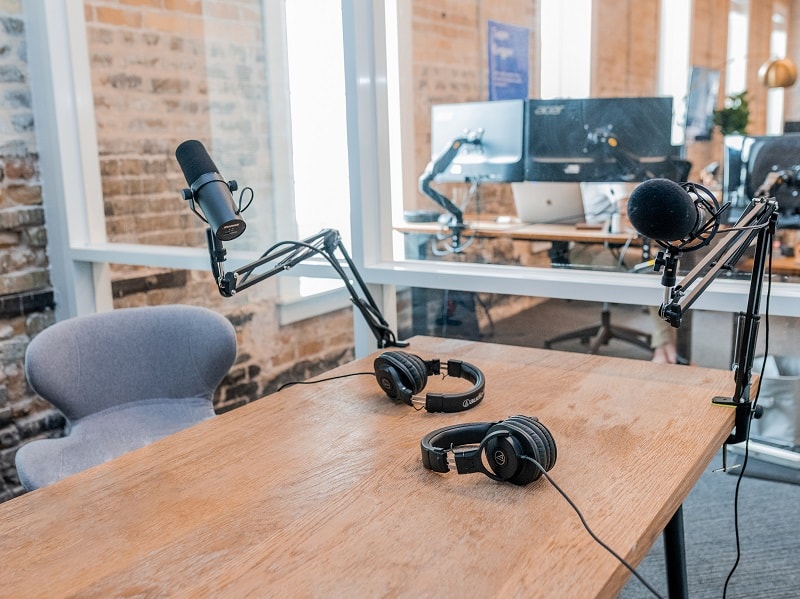 The magnets in microphones are extremely powerful and can be damaged by other magnets. The magnets inside a microphone will cause the electromagnetic radiation to move, which will disrupt the signal being picked up by the microphone.

When a magnet gets close to a microphone, it can cause interference with the earth’s magnetic field.

This is why you should never place your hand or any other object near a microphone while recording, as it could interfere with the sound quality.

Is it problematic to have magnets near microphones?

If you’re wondering if magnets will affect your mic, the simple answer is yes. Magnets affect microphones and can cause some adverse side effects when recording audio.

There are specific types of microphones that are more susceptible to magnetic interference than others.
Both dynamic and condenser mics contain a thin metal strip in the form of a ribbon or diaphragm that vibrates when sound waves hit it. This vibration causes a small current to flow through the ribbon or diaphragm as it moves back and forth in the presence of an electromagnetic field.

This current is what we hear in our headphones or monitors as the recorded sound. Suppose there’s any sort of magnetic interference in the room.

In that case, it can easily disrupt this process and cause unwanted distortion, buzzing, and other strange noises that can ruin your audio quality.

Magnets have a tendency to attract each other, which makes them ideal for attaching things but not so great at recording clear audio with no distortion or hums from electrical equipment nearby.

Magnets also repel each other if they’re close enough together, which is how speakers work.

There are two main types of microphones: dynamic mics and condenser microphones. The main difference is how they convert sound into an electrical signal.

1) Dynamic microphones are built with a diaphragm that moves a coil in a magnetic field to produce the sound signal.

Some dynamic microphones use multiple coils for more functionality.

2) Condenser mics are built with a thin metal plate (diaphragm) charged by an external source of power. The diaphragm is placed very close to a solid metal plate, which acts as a backplate.

When sound waves move the diaphragm, it changes the distance between the plates, and this change in capacitance is amplified into an audio signal.

The difference between these two types of mics is how they function and how magnets affect them. Dynamic microphones are already dependent on magnets, so you don’t want to get too close to other magnets with them.

Condenser microphones are much more sensitive to magnetism than dynamic mics. They also require external power for their operation, so you should avoid getting near any kind of electronic device when using them.

Do Microphones Rely On Magnetism To Work?

Yes, they do; two types of microphones rely on magnetism, dynamic and condenser.

Dynamic microphones use the magnetic field of a permanent magnet to create movement in a conductor. That movement is then picked up by a coil that is also in the magnetic field. The motion of the coil then produces an electric current that can be amplified.

An example is a Shure SM58 vocal mic.

Condenser microphones use the same basic principle but with a very thin ribbon of aluminum or other metal instead of a wire coil. The ribbon moves in the magnetic field and produces an electric current amplifier to produce sound.

An example would be a Royer R-10 condenser mic.

Microphones are used to record sounds by converting sound waves into electrical signals. There are many different types of microphones, but most use magnetism somehow.

The term transducer refers to a device that converts one form of energy into another. Microphones are transducers because they convert sound waves into electrical signals.

Most microphones contain a transducer capable of converting sound into a measurable current.

A microphone’s diaphragm is a thin membrane that moves back and forth when it comes in contact with sound waves.

The diaphragm moves an attached coil back and forth within a magnet, which creates an electric current.

The size of the electrical signal depends on the size of the movement and can be measured electronically or by listening to the signal through an amplifier and speaker system.

Does A speaker’s Magnet Affect Microphones?

Yes, a large speaker magnet can affect the operation of some microphones.

A speaker is an electromagnet. When it’s playing music, it pulses very quickly, which causes the magnetic field to fluctuate, and this is what moves the speaker cone.

On the other hand, a microphone works by using a permanent magnet to establish a magnetic field around a coil of wire.

Sound waves are hitting the mic’s diaphragm, causing it to move back and forth through that magnetic field, creating an electrical current in the coil.

So when something like a speaker is introduced near a mic that has been placed on stage or anywhere nearby, there can be interference with the mic. If you have problems with this in your situation, you can try moving your mics further away from any speakers or other magnets.

The good news is that the magnets in most speakers aren’t very powerful, so this effect will usually be minimal.

The biggest concern is with neodymium magnet-driven speakers (which use rare earth metals), but these are generally reserved for high-end sound systems anyway.

Can Microphones Pick Up Noise From Magnetic Objects?

In short, the answer is yes. Microphones indeed need sound to pick up noise, but it doesn’t have to come from the outside world. Since magnetic objects move when an alternating current is passed through them, they produce a sound that a microphone can pick up.

But there’s a catch: the sound produced by magnetic objects is extremely quiet and inaudible to the human ear.

Unless you use an extremely sensitive microphone, you won’t be able to pick up any sound at all. In fact, only special microphones designed for this purpose are capable of picking up sound from magnetic objects.

If your device is picking up unwanted noise from magnets, there are several things you can do to prevent it:

What can cause problems around microphones?

Several things can cause problems with microphones. One of the most common is feedback. Feedback occurs when the speakers’ sound is picked up by the microphone and amplified again. This causes a loud, high-pitched squeal that can be very painful to listen to.

Feedback can be reduced by using directional microphones (such as shotgun mics or boundary layer mics), moving the speakers as far away from the mic as possible, or reducing the gain level on the microphone.

Another common problem with microphones is popping. It usually happens because you are speaking too close to the mic and blasting it with air from your mouth, which causes a ‘pop’ noise.

A third problem is handling noise – this is caused when someone moves or touches a mic while it is recording, and it causes a noise/click in the recording. It’s best to have one person who handles all microphones while recording so everyone knows not to touch them.

If magnets have a strong enough magnetic field, they can cause interference in electronics and affect various devices.

However, this is uncommon and unlikely to happen.

There is no need to worry about this happening to your own devices.

If you’re ever going to use a magnet with your mic, you should know that, yes, magnets do affect microphones. This effect will be minimal, but it’s something to look out for, especially if your microphone is particularly sensitive.