If you have ever worked in IT, you know that sometimes it can be difficult to find the right power cord for a device. This is because every manufacturer has their own proprietary power cords that only work with its products.

However, there are some monitors that come with universal power cords and adapters that allow you to plug them into different devices. This allows them to work with other computer components and peripherals without having to worry about finding the correct adapter or purchasing a new monitor altogether.

Monitor power cords are universal but power adaptors are not. Computer screens that only require a power cord can use any that fits but for monitors using an adaptor, you need to use the right adaptor. Each adaptor will have it’s own voltage output and you can damage the monitor if it’s off.

Are Power Cords for Monitors Interchangeable?

The answer is yes.

The power cord itself doesn’t matter.

However, we need to dive a bit deeper here as there’s a difference between power cords and adaptors. Here we have a picture of a power cord that you can use with some monitors and computer screens: 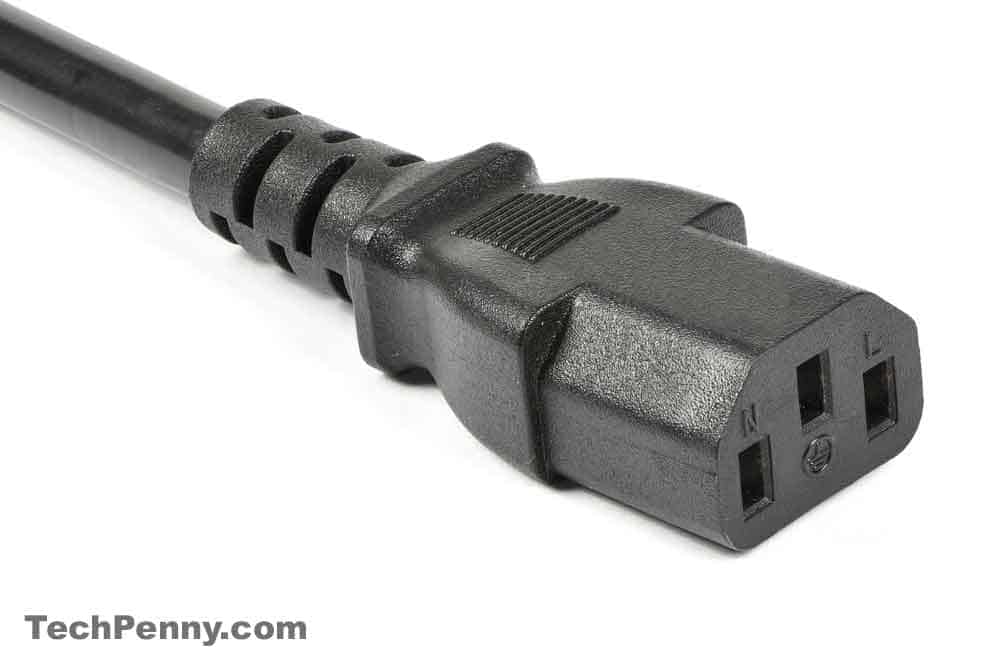 If this is the kind of power cord you need for your monitor, you can go ahead and plug in any power cord that you have laying around from a printer, a TV, or something else.

Or any other monitor, for that matter.

In that regard, they are universal and can be used interchangeably.

However, when we’re talking about adaptors, it’s something else. Now you need to pay attention to what it says on the adaptor. Those volt numbers need to match 100% the numbers on the back of the monitor.

You need to make sure you’re not plugging 18 volts into a monitor that runs on 20 volts.

Here you can see what it says on my Samsung monitor adaptor:

You need to pay attention to the OUTPUT numbers.

Other adaptors for another monitor will require more volts or it will run on less. For some reason there are no standards among adaptors. Now even within the same brands such as Samsung, Panasonic, Acer, Dell, or HP.

Can You Get Universal Power Cords for Monitors?

The power cord itself will be universal, but again – you need to distinguish between the adaptors and the power cords. As long as you got that down you’re good. You can certainly use any power cord but not any adaptor.

You can use any power cord in the adaptor if it’s only used to power the ADAPTOR or if it fits directly into the monitor itself.

Here you can see of the most common power cord male ends: 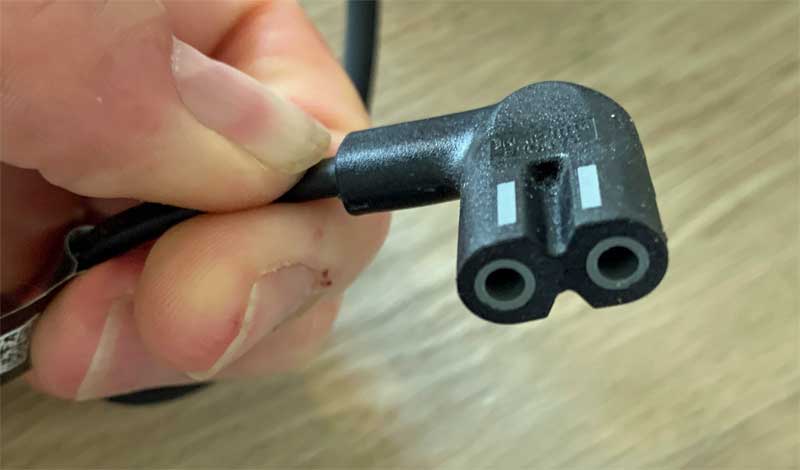 So, again. You can plug this one directly into either the monitor or the adaptor. But you cannot plug the little round adaptor plug into the monitor unless it aligns perfectly with the numbers you see on the charger (the adaptor).

This is what the little round plug from the adaptor looks like and that should always be checked up against the numbers on the back of the monitor because it MIGHT into the female slot on the monitor but not supply the right amount of volts. 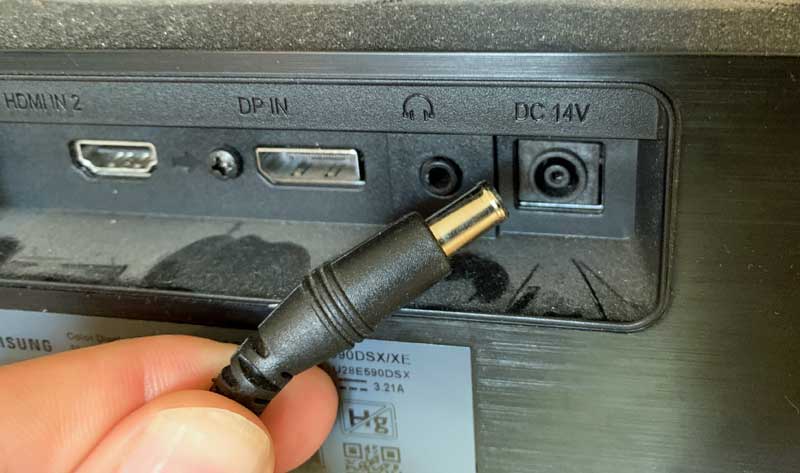 There are plenty of options out there for universal power cords for laptops and monitors, but they’re not all created equally. Some are more powerful than others and some are even more expensive than others with very little added benefit over cheaper options.

The best way to tell if a cord is made from good materials is to read the product description and look for reviews from other customers. If you see that the cord has multiple positive reviews and it’s made from high-quality materials, then it’s probably a great choice for your monitor.

What Happens If You Use the Wrong Power Cord with a Monitor?

Most monitors come with a power cord that requires a certain amount of volts. If you use the wrong adaptor or number of volts you will most likely damage the monitor or cause it to flicker and not work properly.

It’s important that you use the correct type of power cord with your monitor, as using the wrong one can lead to damage or even a fire.

Here are some things that could go wrong if you use the wrong power cord for your monitor:

Read our blog here about are dryer power cords universal?

How Much Power Do Monitors Normally Use?

The amount of power a monitor uses depends on the type of monitor you have. CRT monitors use more power than LCD monitors, but they also have greater resolution and can display better color.

The amount of power a monitor uses is typically measured in watts (W) or kilowatts (kW). A typical CRT monitor uses between 50 and 100 watts, while LCD monitors use somewhere between 20 and 30 watts. You’ll have to check the manual for your specific model for exact figures.

There are also other factors to consider when determining how much power your monitor uses:

Where Can You Buy Power Cords for a Monitor?

Power cords are not all that expensive, but they can be hard to find. The best place to look is online. You can find them at Amazon, eBay, and other online retailers.

The only downside is that they may not be available in the exact length that you need. If you want long power cords, you will have to buy lengths of cable and cut them down yourself.

There are several places where you can buy longer power cords for your monitor:

Can You Get Longer Power Cords for Monitors?

There are companies that sell longer power cords for monitors, but they charge quite a bit more than what you would expect from a standard cord.

For example, if you want an 8-foot cord instead of 5 feet, it will cost about $30-$40 more than buying a standard 5-foot cord from the same company.