If you’re interested in streams and let’s plays, you’ve doubtless seen some interesting tricks like switching between gameplay footage and camera footage on the fly.

You might’ve even wondered, “how do they do that?” Or perhaps, “can I do that too?”

And if so, you’re in luck, because those are exactly the questions we’re going to try and answer today, specifically whether it’s possible with the Open Broadcaster Software or “OBS” for short.

Here’s If You Can Use OBS Can Record Multiple Video Tracks:

You can record multiple video tracks using OBS. If you want to record more than one video at a time in OBS, or record multiple videos and then edit them together into your final product, the good news is this is possible with OBS. Its features allow for many recordings at the same time. 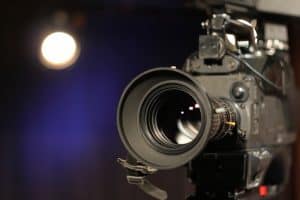 The less good news is there are many caveats and it can get a bit tricky and technical.

Recording multiple tracks at the same time is technically unsupported but can be done by having multiple instances of the OBS client running at once, which is extremely taxing on your CPU.

Recording multiple tracks separately and then editing them together is much more doable, but requires a bit of fiddling. Keep reading to find out how!

How Do You Record Multiple Video Tracks with OBS?

OBS allows you to add a diverse array of visual and audial content to your stream or video with the highly versatile “sources” box. This field is used to insert everything from your primary video source to backgrounds, additional audio tracks, and much more.

The one major limitation of this function is that, by default, OBS will only accept one live video source at a time. This means you can add as many pre-recorded video or audio tracks to the studio as you like, but only one that is actively recording as the stream runs.

This means that if you want to record two video sources at the same time for a stream, you’re out of luck unless you have an additional computer and maybe a friend to help.

Or, unless you want to try running two instances of OBS at once, but more on that in the next section.

The good news is that if you’re trying to put together a static video like a let’s play, you can quite easily record as many video sources as you want, separately, then import them all to OBS once finished and edit them together into the video you want to make.

So, as an example, if you want to record yourself at multiple camera angles, you can set that up as long as you have enough cameras and they can record to their own storage space.

You could then upload the footage from each camera into OBS and splice the footage as desired.

Can You Run Two Instances of OBS at the Same Time?

The short answer is yes, you absolutely can run multiple instances of the OBS client.

The longer answer is that while this is possible, you’ll need a very powerful processor and even then your case might get a little hot. Suffice to say this is one of those things that are technically possible but very taxing on your computer.

If you think your computer can handle it, here’s a step-by-step guide to opening two instances of OBS and getting them ready to record multiple video tracks at once:

If you’ve gotten to the end of the list and your computer hasn’t melted yet, you might just be able to do a live stream with two live video tracks from the same computer.

However, if you don’t have a beefy enough PC for this, all hope is not lost.

On the off chance you have a spare computer lying around, or the money to acquire one, you could simply run OBS studio on the other computer and send whatever footage you desire as a “guest” to your main PCs stream.

Alternately, you could enlist the help of a friend.

Just set them up to record whatever you want for your additional video stream, then invite them as a guest to your stream to broadcast that footage to your audience at the same time as your own main feed.

Is OBS the Obvious Choice for Recording Multiple Video Tracks?

As near as we can tell, recording multiple video tracks at the same time is not a common feature of any popular streaming software.

This likely has to do with how demanding it can be on your CPU, so a feature like this is not common because it would only work for a handful of people with very powerful PCs.

That being said, OBS can do it with the trick we mentioned, though it requires having multiple clients open and is not an intended feature so much as a hack.

With all that in mind, we can’t say OBS is the obvious choice for recording multiple video tracks at once, but we also can’t tell you what is. Simply put, there is no obvious choice because this is a somewhat niche feature that often requires advanced hardware.

Check out our blog about can OBS record audio and video separately?

How Stable Is OBS When Recording More than One Video Track?

As we’ve mentioned, recording multiple tracks using separate instances of OBS studio is very demanding on your processor. Therefore, how stable it is will depend on how powerful your Central Processing Unit is.

If you have the latest, most advanced, most expensive commercially available CPU, it might be quite stable for you. If your hardware is middle-of-the-road, you’re likely to run into a lot of problems and instability.

And if your processor (and to a lesser extent, the rest of your build, like your graphics card) is old and out of date, it probably won’t work at all, and you’re better off not trying.

What Are Common Issues When Recording Multiple Tracks?

The most common issue for recording multiple video tracks is the demand on your processor and the need to open two OBS clients, which can be a little tricky.

If you get it running, the most likely issue you are to run into is that your CPU can’t handle the stress and you’ll need to stop recording and maybe even restart your PC.

Recording multiple audio tracks, by contrast, is much easier and something OBS is actually set up to do.

The most common issues with audio come down to user error, like checking the wrong path for your audio track and causing them to overlap. As far as OBS itself goes, recording separate audio tracks can be done quite smoothly and natively in the OBS client.

How Do You Output Individual Scenes as Separate Videos?

OBS studio is not able to output scenes as separate videos by default. You’ll have to use the trick we guided you through above to use two instances of OBS studio at once if your computer can handle it.

Normally, scenes are something you can set up in advance and swap between on the fly while streaming.

For example, you could have an intro scene that’s just a background letting your viewers know the stream is starting soon, a streaming scene set up for when you’re gaming, and a talking scene with just your webcam feed when you’re streaming in between gameplay or other content.

You could set these scenes up in advance and simply click the scene you want your audience to see whenever you like.

But what if you want to use the scenes feature to record multiple videos at once? For this, you’ll need to follow our guide for starting multiple OBS clients above.

Once you’ve done that, set up the scene as you want it in each client, then hit your “start recording” hotkey.

Now each instance of OBS studio will record a video based on the scene you’ve set up, and you can record to your heart’s desire as long as your computer can handle it, then use the resulting footage as you please.

Can You Record Video and Audio Separately?

Recording audio and video separately is actually quite easy in OBS studio. What’s more, unlike the video feed, you can have up to six separate audio tracks recording at the same time.

To separate your audio tracks, follow these handy steps:

Following these steps should not only let you record audio and video separately, but record as many separate audio tracks as you want, to boot!

Read about can OBS stream to multiple platforms?