Spotify is one of the giants in music streaming services and has numerous satisfied users around the world and an extensive library spanning across all kinds of genres.

However, even the best have their shortfalls which can dampen the user experience. One notable flaw is duplicate songs on the platform, which we will delve into in this article.

Here’s why Spotify has Duplicate Music and Artists

Duplications can be caused by Artists re-uploading their music onto Spotify or artists having the same name. Music distributors and artists might both open profiles in the Artists’ name. Spotify may list a song that appears on an EP, an album, and/or compilations, and “Best Of” as different songs. 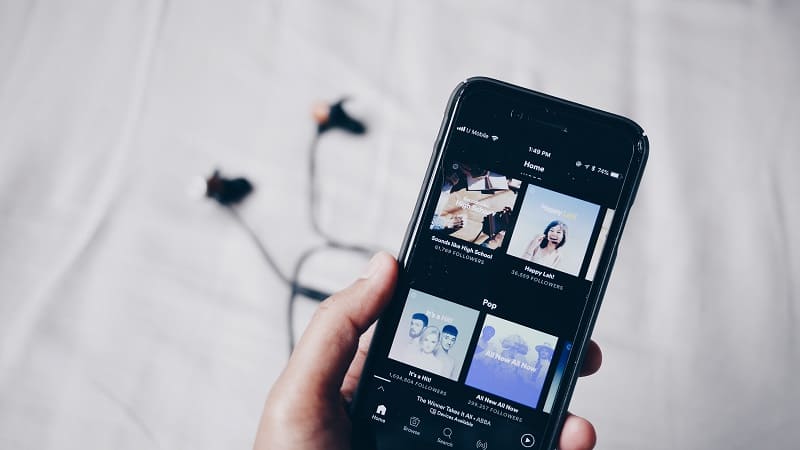 Do Artists Upload the Same Songs and Albums Twice?

There’s nothing more stressful than your favorite artist having their music disappear on the Spotify database and magically reappearing in an unorganized collection of music and saved in multiple locations, like the Library and Playlists.

Artists often have their songs and albums duplicated when they re-upload their music onto the Spotify platform.

The new upload has a new URI (Universal Resource Identifier) linked to it. However, when the old version of the music is removed, the original URI attempts to redirect to the new upload.

This leads to having two identifiers linked to one upload, thus causing a duplication.

Also noteworthy, Spotify does not completely remove the original URI as that may break links that have been shared on social media or websites.

An Artist’s fanbase consists of two kinds of music consumers, the die-hard fans and the casual fans.

More often than not, an artist will have a substantial number of true fans, but casual listeners will generally always be greater in number.

An Artist who understands this, knows that their fans will support them no matter what, but will be cognizant to constantly release new music in the form of singles, EPs and albums to keep their casual fans interested.

Often, a single will be released individually and then added onto a fuller body of work like an EP or an album. Likewise, certain songs on an EP will be made part of an album.

Every time an Artist uploads a project, inclusive of a song that they’ve already uploaded on the platform, it is listed again.

For example, Khalid’s American Teen appears twice on the interface as a single and as part of a project.

However, you might find yourself in the opposite situation from time to time. Rather than hearing a duplicate song, it seems a song is missing from your playlist. Check out our article explaining why Spotify adds or removes songs in albums.

Why Do Some Artists have Multiple Spotify Accounts?

If you’re an independent Artist and want to get your music on streaming platforms, you probably already know that it’s a lot of work.

Artists have to find the right people who will help them distribute and promote their music. And, musicians need to make sure that their music is good enough for people to want to listen to it.

If an Artist wants to get paid by Spotify, or if they want to prove that it’s really them and not an imposter (which happens), then there are many complicated steps.

It’s a lot of work! And we get it—Artists are busy making music, so why complicate things more than they have to be?

Spotify has created a platform for artists to manage their Spotify Artist profiles with more efficacy.

Yet, numerous independent Artists do not utilize this platform, either through being unaware that it exists or their access is denied due to being unable to prove effectively to Spotify that they are not an imposter.

In such instances, Artists take the route of using music distribution hubs to help get their music onto Spotify. This can lead to both the Artist and the distributor creating profiles.

However, that’s not the only way an artist can have multiple accounts.

One of the best features of Spotify, is that it allows Artists to create multiple accounts.

This means that if an Artist has the same name as another Artist, they can sign up for their own account and get their own personalized page on Spotify’s website.

Are There Any Benefits for Artists to Having a Duplicate Profile?

Just as identity theft can only be destructive to you as an individual, the same goes for having duplicate profiles on the platform.

Spotify has a specific interface for artists to make their time on the streaming service worthwhile.

Having a duplicate account, whether through using a distribution hub or certain kinks in Spotify’s functions, will make it difficult for an Artist to have insight into how well their music is doing on the platform.

Spotify has no ownership of the music on its platform, they pay artists money depending on the popularity of their songs.

When there are duplicate profiles, it makes things rather complicated for an Artist to get paid their due.

Not only that, duplicate profiles bring about confusion to the fans as they struggle to connect to their Artists of choice on the interface.

Is There a Way to Remove Duplicate Songs on Spotify?

Artists can remove duplicates by doing the following:

Spotify users can remove duplicate songs from their playlists by following these steps:

If your issue has more to do with Spotify playback, read our article about why Spotify cuts off songs at the end.

How do you find duplicates on Spotify?

To manually find duplicate songs on Spotify, you would need to actively be searching for a specific song.

There you can see it appears twice, as a single and as a song on the album of the same name.

If the manual route seems too tedious, there are several applications and websites that can help identify duplicates in your Spotify playlists.

One that stands out the most is SpotifyFinder. It has a ‘Find Duplicates Feature’ where you can:

If you’re experiencing other issues with Spotify, check out our easy guide all about why Spotify is not working.