Using a virtual personal assistant such as Siri is extremely helpful, especially when coupled with an app that you use a lot.

If you’ve ever wanted to use Siri and Spotify together, but had a few questions about how exactly that works, then you’re in the right place.

In this article, we’ll take you through some of the most common questions that surround using Spotify and Siri so that you can get the most out of them. 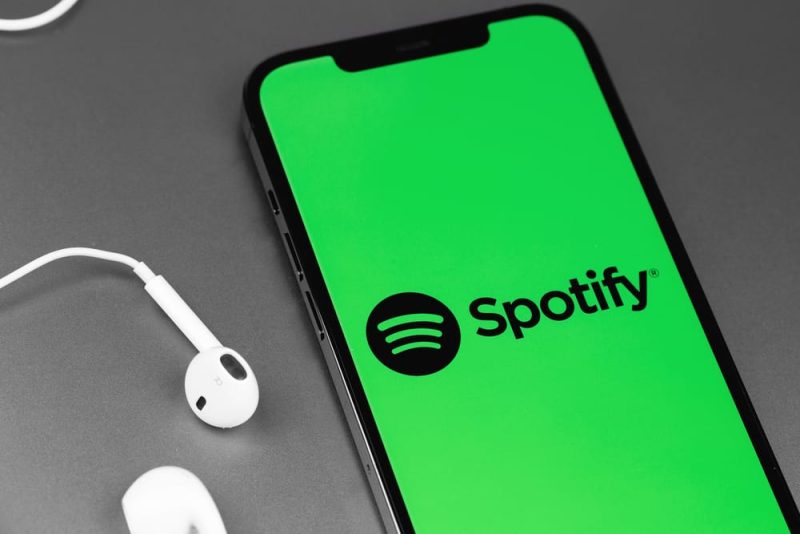 1. How do you Use Siri with Spotify?

Siri has come a long way since her first debut on the iPhone 4S, and since then, Apple’s virtual assistant has steadily become more and more invaluable.

Siri’s ability to have access to our device’s apps, issue commands to them and even allow users to make queries about their content, has served to prove how easy hands-free functionality has become.

You should know that when it comes to Spotify and Siri’s compatibility, the process of using them together is simple and, for some users, essential.

Spotify users can get Siri to do a range of actions, from playback commands to learning more about the music that they are listening to.

If you want to use Siri with Spotify you’ll need to ensure that it is enabled by doing the following:

Once Siri is enabled for use with Spotify you can simply say: “Hey Siri”, then give your command or request, and then end by saying – “On Spotify”.

For example, you could say: “Hey Siri, play rock music on Spotify”.

2. How do you Ask Siri to Play a Specific Album?

As you have seen, using Siri with Spotify is simple and easy. It all comes down to understanding what commands you need to say in order for them to be processed by Siri and executed in Spotify.

One of the most important aspects of using a music streaming service, such as Spotify, is to be able to access and listen to the music we love.

Every user has their favorite album or an album that fits a given mood, and there’s no easier way to access that album than to ask Siri to find it for you.

By using Siri in this way, you won’t need to pick up your phone, and instead, you’ll let Siri find that specific album from within Spotify’s library and have it playing in no time.

To do so, simply say: “Hey Siri”, then say the album name followed by – “on Spotify”.

If you’re not exactly sure what the album is called, you can always ask Siri to play the artist’s brand-new album instead – simply say: “Hey Siri, play the latest album by…” (the artist you want to hear) followed by “on Spotify”.

20 other Useful Siri Commands for Spotify

We’ve compiled the most useful commands that you need for using Siri with Spotify; take a look at our list below to get to grips with them all and what they can do. Remember, you’ll need to start by saying “Hey Siri…”

If you want to play any one of your songs at random from your library and then have Spotify create a radio station from the genre, simply say “Play my music on Spotify”.

If you want Spotify to play your songs that you’ve hearted or ‘Liked’ then say “Play my liked songs on Spotify”.

If you don’t mind what music you want to listen to, then try saying “Play something on Spotify”.

If there’s a specific song that you need to hear, just say, “Play (followed by the song’s name) on Spotify”. If you want to ensure that the song is by the correct artist, make sure you say the artist’s name after the song title.

Remember, Spotify will continue playing songs after your selection, but they will be based on recommendations for the song you chose.

Say “Play (followed by the artist’s name) on Spotify” when you’d rather listen to a selection of music from one artist. This command will begin playing the Spotify playlist for that artist.

For playlists, either say “Play (followed by the playlist name) or Play my (followed by your personal playlist’s name) on Spotify”.

Siri can also help you listen to a specific genre of music, all you have to say is, “Hey Siri, play (followed by the genre you want), on Spotify”.

Controlling the playback of Spotify with Siri is very important, especially if you’re in a situation in which you need to stay hands-free – such as driving.

With Siri’s help, you can learn more about the music you are listening to. For example, you can say “Hey Siri, what song is this?” and Siri will give you the information. This saves you from having to pick up your phone and look at the display.

You can go even deeper and ask Siri questions such as: “What album is this”, “Who sings this”, and “What year did this song come out”.

If Siri has access to enough information on a given song, you can also ask Siri questions such as: “who plays guitar on this?” and “who plays drums on this?”.

As you can see, there’s a vast array of commands and questions that you can use with Siri whilst using the Spotify app.

However, there are limitations; for example, Siri is unable to ‘like’ songs on Spotify.

Nevertheless, as time goes on, it is possible that further functionality between Siri and Spotify will grow and develop until all of Spotify’s user interface can be accessed via Siri commands.

3. How do you Make Siri Default to Spotify?

If you’re a Spotify user you’ll know how frustrating it can be when Siri used to launch Apple Music when you asked Siri to “play music”.

The reason for Siri’s preferential treatment towards Apple Music is that Siri is Apple owned, so it stands to reason that they would design Siri to default to their own music app.

However, since iOS14.5 was released, this has become a thing of the past, and now it is possible to set Spotify as the default music player and, as a result, Siri will default to Spotify, too.

To make use of this new functionality for setting default music players, simply say, “Hey Siri play music” and do not specify an app.

Your phone will now bring up a list of all available music streaming services. At this point, you need to select Spotify from the list. Finally, approve any permissions and Siri will have learned that Spotify is your preferred app for listening to music.

4. Can you use Siri WHILE Playing Music?

Using Siri while you simultaneously play music on your device is what makes the virtual assistant so invaluable when using a music streaming app, such as Spotify.

Even if you are halfway through a song, Siri can be asked to pause that song, skip it, and even access other apps.

By being able to operate and take commands, despite music playing, Siri allows for a seamless hands-free experience on iOS devices.

5. Can Siri Queue Songs on Spotify?

Siri can do a huge amount on Spotify, all without you having to lift a finger.

However, there are a few things that Siri cannot do.

Unfortunately, at this time, Siri is unable to queue a set of specific songs. However, Siri can play specific playlists, either one of your own or one made by Spotify.

The songs on these playlists will then become queued up and play in sequential order unless you have opted to play the playlist in shuffle mode. However, Siri cannot be asked to create a queue of songs and you cannot ask for songs to be added to a playlist.

6. How does the “Play Anything” Feature on Siri Work?

Siri really can play anything. Siri has access to the entire library of whichever music streaming service you are currently using.

7. Does Siri Work Better with Apple Music or Spotify?

Siri is Apple owned and, as you might expect, has more functionality when combined with Apple Music. In fact, Apple Music even has its own dedicated subscription plan that is Siri-controlled only.

The plan in question is aptly named ‘Voice’ and relies on Siri’s extensive understanding of voice commands, and the Apple Music app, to provide a fully hands-free experience.

However, did you know that Spotify has its own in-built voice command feature? The Spotify app will need access to your microphone in order for you to use it. This function is called, “Hey Spotify”.

How to set your favorite music app as the default player on your iPhone, so you can ask Siri to play songs

How to Get Siri to Play Spotify