One of the most important features of a VPN provider is to offer solid encryption on all your data. So, it’s important to ask this question.

Are VPNs encrypted by default?

Let’s dig into the details and see how you can make sure your data is encrypted at all times. 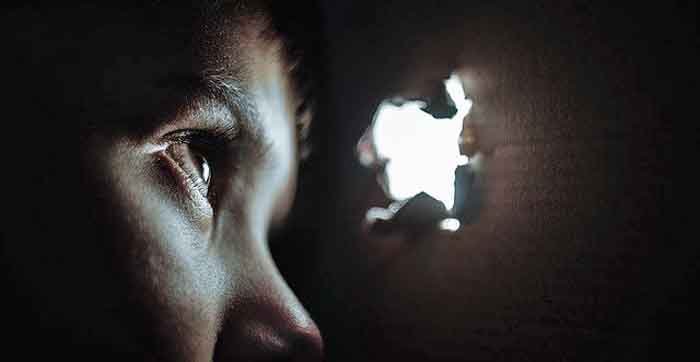 The basic function of a VPN is to encrypt your traffic and to hide your IP. So, in theory, your data is always encrypted with a VPN. But you need to make sure you use a trusted VPN provider with a good reputation for data privacy.

That being said, we need to clarify what’s being encrypted.

From here, your data will be sent through the tunnel that blends your traffic with a ton of other traffic to make sure things get even more blurred.

So, where can things go wrong?

Data Can Be Leaked (Even With Encryption)

The problems with poor VPN services are typically one of the following (or all of them):

The last point is crucial here. We all understand that there are several levels of encryption. And we might even be attentive to when the VPN will fall out.
(normally, a good VPN provider will have a “Killswitch” that is engaged once the connection is no longer encrypted).

But when we’re talking data privacy, it’s important to point out that MANY free VPN services and (even some paid VPNs too!) do in fact keep logs of all your activity. And there have been several occasions where they have been busted while selling all that information to a third party.

That’s right. VPN providers who are selling your data.

So, it’s extremely important to go with a VPN provider that has a solid reputation. We recommend XpressVPN because they have proven again and again that they do in fact not keep any logs of their users.

They have had servers seized by local authorities in countries where VPNs are prohibited. And the investigators didn’t find anything on the servers.

There you go, premium service worth paying for!

How Do I Know the VPN is Actually Encrypted?

You should expect your VPN to always be encrypted. But it’s important to use a VPN provider with a good reputation. That means a (paid) premium provider that has a proven record of good practices around customer data privacy.

But, as always, we need to make sure.

The encryption is hard for you to check as a customer. It’s easy to check whether you’re leaking your IP etc. but the encryption layer is harder to detect and test.

You need to REALLY know what you are doing in order to check these things. And since you asked the question that had you end up here I assume you won’t be able to check that yourself.

So, the best option is to go with a trusted VPN provider.

Do not try to cut cost by going with a small, new, cheap, etc. VPN provider. That doesn’t make any sense since the price difference between a truly premium VPN and a cheap one is only a few $.

If you’re out shopping for a VPN provider you might as well spend a few dollars more and get one of the best providers out there on the market.

We recommended XpressVPN above as our number one choice. But there are many other REALLY good choices. Just make sure they haven’t leaked personal information. Another premium VPN provider you should trust with high encryption is NordVPN.

They also have a solid reputation and they are used all over the world.

What Part of the Data Is Encrypted With a VPN?

Once your request has been passed on by the VPN server the request will not be encrypted.

It will be passed on to the webserver to send back the data you’re requesting. From here there’s absolutely no difference in using a VPN and not using one.

It’s also important to point out that the VPN provider will have full access to see what you’re requesting. So it’s really important that you trust that VPN provider to secure your data and not share them with anyone.

Normally this is not a problem because as long as you trust the VPN provider (use a premium provider such as XpressVPN) you will be good to go. They have shown numerous times that they don’t keep a log of their users.

Just remember that it is definitely possible for a VPN provider to stitch together all your activities as they can 100% see where what you type in when you search and they are the ones to pull that information for you.

Situations Where VPNs Will Not Protect You

Even though a VPN will hide your IP and add thick layers of encryption to your traffic there are still several things that can go wrong.

You need to pay close attention here as people often get confused about exactly how they are protected. Or I should say, how they’re NOT protected when using a VPN.

There’s a common misconception that a VPN will keep you save online. That’s actually only true when we talk about encryption and data privacy. The VPN will do its job to establish a secure line between you and the person/website at the other end that a third party agent cannot see (hence the encryption).

But if the person, website, file, etc. at the other end is a bad one that bad stuff can very easily end up on your device and harm you.

Hackers can still harm you

If you click on a link and open a bad file or downloads a bad file that contains bad code it will still harm you.

This is surprising to many people.

But when you click on an item on a website (a link or a file) it may very well infect you. This is where you will need antivirus and not a VPN to keep you save. And even with the best antivirus, you might end up infecting your machine if you click a bad link.

Let’s dig out a little analogy here to make this easy to understand.

The VPN provider is like a postman driving a car with black windows. No one can see where he’s going but if you order something that contains a bad package that bad stuff will still be carried all the way back to you. Even though nobody can see what it is.

It’s as simple as that.

This can be a program hidden within a file (known as a “Trojan”).

There can also be other problems that pass through an encrypted connection such as:

This is exactly why you need to be just as cautious when using a VPN as when you’re not using one. VPNs are primarily for encrypting your traffic so your ISP or the website you visit cannot see who you are.

They will not keep you save in the process, necessarily.

These are all bad stuff that is VERY hard to detect and block out. Your antivirus and firewall can do a good job here but the VPN will not help you in these cases.