There are a lot of platforms we wish had a dislike button, especially as we scroll through our social media newsfeeds.

However, YouTube was ahead of the curve with this thumbs down compatibility—although it serves a different purpose than just telling our aunt we don’t appreciate her controversial posts, or telling the guy we ghosted but still follow that his car selfies are dorky.

But do we actually need it? Is YouTube’s “Dislike” button there for the long haul? Let’s find out!

At this point, it isn’t very likely that Youtube will remove the dislike button. Unlike with social media reaction options, the dislike button on YouTube helps YouTubers to gauge the reception of their content with a little bit more statistical accuracy than simply having a like button. 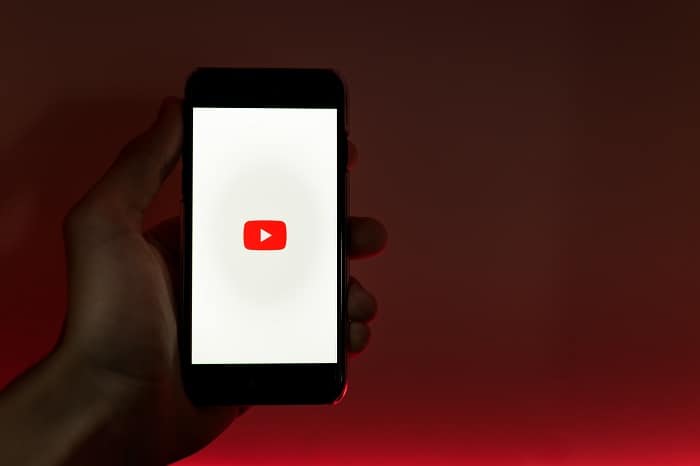 Has YouTube Ever Tried to Remove the Dislike Button?

There was talk a while back about YouTube getting ready to remove the dislike button, and a lot of YouTubers had strong opinions on the matter.

In fact, it seems that a lot of content creators are opposed to the dislike button because it doesn’t necessarily represent accurate feedback statistics, as some viewers seem to hit the dislike button more for kicks than for actual thought-out reasoning.

Some content creators petitioned that viewers who hit the thumbs down on a video be required to fill out a brief survey in order for the dislike to register so that the YouTubers can receive constructive feedback from naysayers.

So far, this caveat has not been implemented.

A lot of YouTube content creators have also expressed that they wish that if a person hits the dislike button, they will leave a quick comment saying why so that the YouTuber can get some constructive feedback.

This is a much better use of YouTube comments than making personal attacks or arguing with other viewers, but it’s not always how things are done.

YouTube hasn’t been too open on their stance on the dislike button, but they have expressed concern over the problem of “dislike mobs,” or a group of people who dislike videos for the fun of it.

While YouTube seems to believe that completely removing the dislike button would be an extreme response, they have considered implementing strategies to make dislike mobbing more difficult—such as having the disliker be required to check a box specifying their objection to the content.

Why Does YouTube Have a Dislike Button at All?

While it’s not a perfect system, the like and dislike buttons together can give the content creator a basic idea of how their content is being received, especially when those numbers are compared with the number of overall views.

And if a video receives a disproportionately large amount of dislikes in comparison with the number of likes, this can be a sign to the YouTube moderators that a video may not be upholding YouTube’s community standards, in which case it may be removed.

YouTube originally started off with a star rating system, with five stars as the highest rating.

After a while, they found that the one-star and five-star ratings were the most commonly used, with very few two, three, or four-star ratings.

As of 2010, YouTube decided to cut out the middlemen and stick with the growing thumbs up/down rating system, since that seemed to be how viewers preferred to express their feedback anyways.

Why YouTube Would ACTUALLY Try to Remove the Dislike Button

The dislike button was originally put in place to give content creators constructive feedback on their work, and allow them to gauge its reception.

People click it just because they don’t like a particular YouTuber, or because they think it’s funny to give negative feedback with no basis.

For YouTubers who invest a lot of time, energy, and resources into creating content that viewers can access for free, these unwarranted dislikes can be very discouraging, especially if they’re trying to analyze their content’s statistics in order to make improvements, but nothing they can do can actually deter the abusive dislikers.

While it’s not a perfect system, the liking and disliking of YouTube content still give a rough estimate of the content’s reception.

There are viewers who abuse the dislike button and give a thumbs down without actually having a valid preference or an opinion on the video’s content.

The likes and dislikes, when compared with the overall views of a video, can give the content creator a rough estimate of its reception. Rather than remove the dislike button altogether, it’s more likely that YouTube will put parameters in place that prevent it from being abused.

In fact, there has already been a lot of discussion on YouTube’s part, as well as on their community forums, about making these changes.

YouTube may make it so that a viewer has to watch a full video before they can give it a thumbs down, rather than casting a vote ten seconds into the content.

YouTube may also make it so that in order for a dislike to get added to the tab, the disliker has to check a box saying why—just like when you hide a post on Facebook or an ad on Instagram, and you’re given options of, “I see this too often,” or, “It’s offensive,” etc. to select before the platform removes the content from your view.

It may seem like an annoying questionnaire you have to fill out, but it’s quick, easy, and it actually helps the platforms tailor your viewing algorithm, as well as know if the content being put out needs to be flagged for not upholding community standards.

Look-through our article which explains about YouTube Music Keeps Pausing?

Typical Problems with the Dislike Button

We’ve already name-dropped the infamous “Dislike Mobs,” but what exactly are they?

They’re just what they sound like—a bunch of people collectively disliking a video just to troll the content creator and skew their ratings.

It’s unclear how these “mobs” organize themselves—or whether they do at all. But it seems likely that it’s no hard to get viewers on the disliking bandwagon once a video has accumulated enough thumbs-downs—for whatever reason, this seems to encourage more dislikers to do their thing.

You can chalk this up to that good old Dislike Mob Mentality.

However, as we said before, it’s more likely that YouTube will do what they can to inhibit the mobsters rather than remove the system entirely.

How Can We Use the Dislike Button for Good Instead of Evil?

A lot of content creators agree—if you’re going to give a video a thumbs down, leave a comment telling the YouTuber why!

This way, they can get a better idea of how to make their content more viewer-friendly.

But this doesn’t mean you should troll the content creator with mean comments or personal attacks.

Don’t dislike their video and comment that you think they’re annoying or they have a weird eye twitch—if it’s a matter of something the content creator can’t help, then just don’t watch their content, but don’t skew their ratings.

Instead, if you feel that the content creator has good things to share, but also can sometimes say things that are offensive to certain groups or factually inaccurate, then if you feel compelled to dislike the video as a whole, make sure and tell them why. And be specific, but be nice!

Try this, for example:

If the content creator is passionate about their work, it’s possible that your feedback will help them to improve their content.

Or they’ll ignore it, but then, you can decide if you want to continue watching their content at all.