Are Youtube Moving Comments Again? (How To Fix It)

Being able to see YouTube comments lets you gauge the quality of a video.

While sometimes the comments section of a video can be the worst part of the Internet, often, you will be able to find answers to follow up questions you may have.

But with YouTube’s continuous development of its user interface (UI), you sometimes struggle in accessing this part of a video.

The moving of the comments section on YouTube is a result of the continuing updates or improvements on the UI and user experience (UE). Now and then, app developers change designs on interfaces to give it a refreshing look.

Often, these results in the moving of sections of an interface, such as the comments section.

As a result, app developers can update and improve the user experience of an app, such as YouTube.

By improving interfaces and user experience, more people will continue patronizing it.

Can I Move the Comments Back Under the Video?

The moving of comments sections is a result of YouTube’s update to the app.

This new UI design made people comment more, which increased engagement for many YouTubers.

Given the positive reception and impact in this interface update, YouTube had decided to move the comments section just below the name of the content creator and subscribe button.

The updated UI also features top comments first, to give viewers an idea of upvoted comments that may be helpful to them.

It depends on how you look at it.

YouTube has also been purging comments that have been flagged as spam by its system or users. This is a result of the regular audits that YouTube does to weed out automated comments or inactive accounts.

But there is also a more important reason for taking down comments.

In 2019 YouTube moved to block commenting on videos that featured children 13 years old and below. This was done in response to the proliferation of predatory behavior on child-oriented videos.

But this action was met with some flak.

While YouTube’s intentions are noble, their decisions sometimes border on curtailing freedom of speech.

The comments section in a Youtube video is part of the gauges to measure engagement. Conversations continue through comments, often answering follow-up questions that others ask.

According to a spokesperson for YouTube, they understand this issue raised by content creators, but they also said that disabling comments on videos with children would be for the benefit of kids’ safety in the long run.

The media platform also said that the blocking of comments for kids-oriented videos is one of their responses after being slapped with a 170 million dollar fine for violating the data privacy of minors.

Given these arguments, the blocking of comments is a necessary action to prevent exposure and harassment of minors who use YouTube, especially for academic purposes.

Where Are the YouTube Comments Found in Mobile Devices?

On Android, you can find the comments section under the name of the content creator, just below the actual video.

On iOS, the comments section can be found under the related videos below the main video screen.

Note that the comments section only appears when viewing videos in Portrait mode. The comments are hidden when in full-screen mode.

Where Are the Live Chat Comments?

You can view comments from live streams on YouTube by clicking on the live chat icon below the title of the video.

If on landscape mode, the live chat icon can be found on top of the screen. Clicking it will pull up the chats on the left side of the screen.

Note that the chats appear in order of their appearance during the live stream.

Where are the YouTube Comments Found on Smart TVs?

If you intend to leave a comment on a video you are watching on your Smart TV, it would be better to use another platform, such as your computer or mobile device to leave a message.

After all, it is hard to type on a Smart TV remote control.

Why Are Comments Removed Altogether on Some Channels?

There are five reasons why comments are not there in some channels:

This is YouTube’s way of protecting children from Internet predators and other entities who may take advantage of kids.

2. Comments Removed are Violating Terms of Use or Are Inactive:

These include comments made by spam accounts or YouTube accounts that are no longer active.

3. The Owner of the Video has Disabled Commenting:

YouTubers have a say whether to allow commenting on videos.

If he disables commenting on videos, all comments before posted are also removed.

Often, these comments are hidden because they do not help the viewers of the video.

They may contain certain strong languages, or simply not related to the video or topic.

In some cases, channel owners enable comment approval for videos or their channels.

There may be a chance your comment is not appearing because the owner has not approved it yet.

In this instance, your comment was not removed but is simply stacked under hundreds of other comments.

Some YouTubers arrange comments from the most liked to the least liked to help other viewers gauge the quality of the video posted.

If your comment does not appear, it may not be the most liked comment in the conversation.

The only way to move it to the top is for other viewers to like your comment.

YouTube comments are important as a tool to measure engagement.

If you are a YouTuber, you need to be able to see these comments to gauge the performance of your content. Did it perform well, or should you improve something?

As part of the audience, being able to access the comments lets you judge the credibility of a video, especially if the goal is to help people make an informed decision over a topic.

If you are not able to see the comments of a video, how can you say if the video is correct or not?

In this era, where anyone can upload content to dictate the narrative for opinions, how credible is the video you watched if others cannot vet its credibility?

The comments section also serves as a platform for follow-up discussions.

Should you have other questions while watching a video, there’s a good chance the creator has answered your question in the comments section.

If you are managing a brand, the comments section lets you understand what your market needs. You can look into what your consumers say about other brands, so you can look into improving your product or service.

Did you find wrong information or was something missing?
We would love to hear your thoughts! (PS: We read ALL feedback)
You Might Also Like... 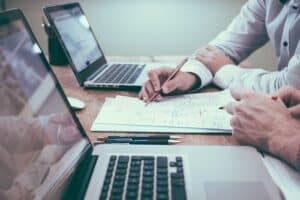 What Is Hootsuite Primarily Used For? 8 Popular Features 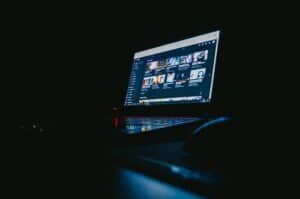