Is Comcast your Internet Service Provider (ISP)? How about your mobile phone service (if you use AT&T, Comcast is behind them)? Or maybe they supply your cable TV? Maybe even all of the above?

With such a far-reaching suite of services, it’s understandable that you might be worried about this media giant being able to easily keep tabs on your conversations, browsing history, TV-watching habits, and more.

With that in mind, today we’re taking a look at how your Comcast devices might be listening in on you, and what you can do about it if so. Read on to find out!

Here’s If Comcast Is Listening:

Media giants like Comcast easily can access whatever information they can about you and use it to increase their bottom line. This includes your internet history, phone calls, TV habits, and even the things you happen to say around any Comcast-branded smart devices that might be listening. 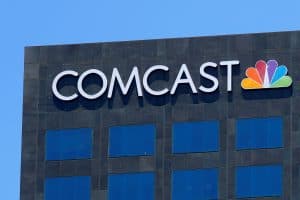 Comcast is one of those handfuls of all-encompassing mass-media corporations that seem to run all the internet, phone, TV, and other communication and entertainment services in the country.

These days, it seems like all your data is for sale whether you want it to be or not, and you’re certainly not getting a cut.

How Can You Check if Your Comcast Devices Are Listening?

If you have any smart devices under the Comcast umbrella, you should be able to access a “privacy” category under settings, where you may be able to opt out of various features that make data harvesting easier.

That being said, there’s not much stopping Comcast from listening in if they want to, no matter which settings you may check or uncheck.

What’s more, many devices—like your cell phone or even your voice-activated TV remote—may not even have any settings like this, making them open-season for eavesdropping.

How Do I Stop Comcast from Listening?

The single sure-fire way to stop Comcast from listening to you is to stop using any and all Comcast services and devices.

Of course, this isn’t an option that will work for most people, since internet access, cell phone service, and TV are considered basic amenities that everyone is going to want access to.

What’s more, the other options when it comes to these three major services aren’t necessarily any better, so you’d just be trading one snooping corporation for another.

All that being said, while there is no way to completely stop your multimedia telecommunications provider from listening in or harvesting your data in general, there are a few things you can do to minimize it.

First and foremost, only turn Comcast devices on when you’re actually using them, and turn them off again afterward. Especially with voice-activated smart devices, you don’t want to just leave them on standby all the time, convenient as that may be.

When it comes to internet activity, you could always use a Virtual Private Network (VPN) to make it more difficult for your ISP to track you, but do be aware you’re never going to completely take away their ability to see your activity, just make it harder.

What Exactly Does Comcast Use These Recordings For?

Always remember that corporations exist for one reason: to make money. If there’s data harvesting of any kind going on, it’s because somebody, somewhere in the company decided it might be profitable to do so.

The good news is that because Comcast is first and foremost concerned with the profit motive, they don’t really care what you’re doing beyond that.

Comcast and other corporations like it certainly aren’t benevolent, but they’re also not “out to get you.” They want your data—including any conversations they may have recorded—so they can sell you things more effectively, not so they can spy on you and ruin your life.

Check out our blog about is my Fire Stick listening to me?

Can My Comcast REMOTE Listen to Me?

A couple of years ago in 2020, an issue came to light with the popular Comcast remote that could allow hackers to listen in on you.

That’s right, in this case, we’re not talking about Comcast itself listening, but a flaw in their software allowing anyone with ill intent and a bit of tech-savvy to eavesdrop through your remote.

It’s unclear if anyone ever actually took advantage of this flaw, however, as it was discovered to be possible by a third party interested in identifying such flaws and making the public aware of them, rather than exploiting them.

Whether or not anyone ever used this fact to eavesdrop on anyone, though, you can rest assured Comcast has since taken steps to correct this issue and prevent—or at least make it much harder—anyone from using Comcast remotes for eavesdropping.

Of course, even if it has been corrected, the fact this problem ever existed suggests Comcast could use their voice-activated remotes to record your conversations without your awareness or consent.

We can’t say if this is happening, because Comcast certainly isn’t admitting to it if it is. So it’s possible Comcast could be using their remotes as just one more means of data harvesting, but it’s equally possible they’re not. We simply can’t say for certain.

Can You Use Comcast Devices Without Them Snooping On You?

Frankly, no, not really. The best you can do in today’s smart-device-flooded market is either avoid such products and services altogether, or simply minimize the chances of snooping, but you can never eliminate them entirely.

Ultimately what you’re looking at is a trade-off between convenience and privacy. Smart devices are very convenient, but also represent a privacy risk. You can avoid using them, eliminating the risk at the cost of losing all the convenience.

Conversely, you can decide not to care about how your data is being harvested and simply use your smart devices and services as you please, accepting the loss of privacy as the cost of entry into the world of convenience.

For most people, though, a comfortable middle ground is probably your best bet.

If you don’t want to avoid technology like the plague, but don’t want to embrace it wholesale and accept the loss of privacy, then simply be aware of how corporations can harvest your data, what they want with it, and how you can minimize—even if you’ll never eliminate—their ability to snoop on you.

And when it comes to being aware of threats to your digital privacy and how to safeguard them, reading articles like this one is a great start!

Can Comcast Devices Listen when they’re Turned Off?

As far as we know, Comcast devices with microphones probably cannot listen to you when they’re turned off.

That being said, this is another one of those things we simply can’t say for certain, because it’s always possible there are hidden abilities Comcast just isn’t telling anyone about, but we consider it pretty unlikely.

However, smart devices of all shapes and sizes definitely can listen to you on standby mode, when they’re still powered on and awaiting your voice commands.

With this in mind, if you want to minimize the chances of being recorded, you need to turn off all your devices when they’re not in use. Turn them on when you’re actually going to use them, and turn them off again as soon as you’re done.

This might be a little inconvenient since voice-activated devices have a standby mode for a reason, and you probably don’t want to have to press the power button every single time you want to issue a command, but this is the trade-off you have to consider here. More control over your data often comes at the cost of convenience.

Can You Have Old Recordings from Comcast Devices Deleted?

Comcast provides a dizzying array of products and services, and different devices will have different menus and interfaces, so it’s hard to give a simple guide that will apply to any Comcast device.

With that being said, most smart devices will have a “privacy” section in their options/settings menus. If a voice-activated device is going to let you delete old recordings, the privacy section is where you’ll find such an option.

Since we are talking about voice-activated devices here, you can also always try simply asking. Many devices will respond to commands like “delete all my conversations today” or “delete old recordings.” We can’t say for certain if it’ll work, but it doesn’t hurt to try!

Read our blog about is my Fitbit listening to me?