The best gaming TVs can be expensive. But if you’re looking for a more affordable TV, you’ve probably encountered the JVC brand.

While a popular brand, it’s not exactly on top, which may have you wondering if it’s good for gaming.

So, are JVC TVs good for gaming?

Here’s What You Need to Know about JVC TVs and Video Games.

JVC makes decent TVs designed for different users, including gamers. JVC TVs are in an affordable price range, and you’ll be pleasantly surprised by how these TVs handle video games. 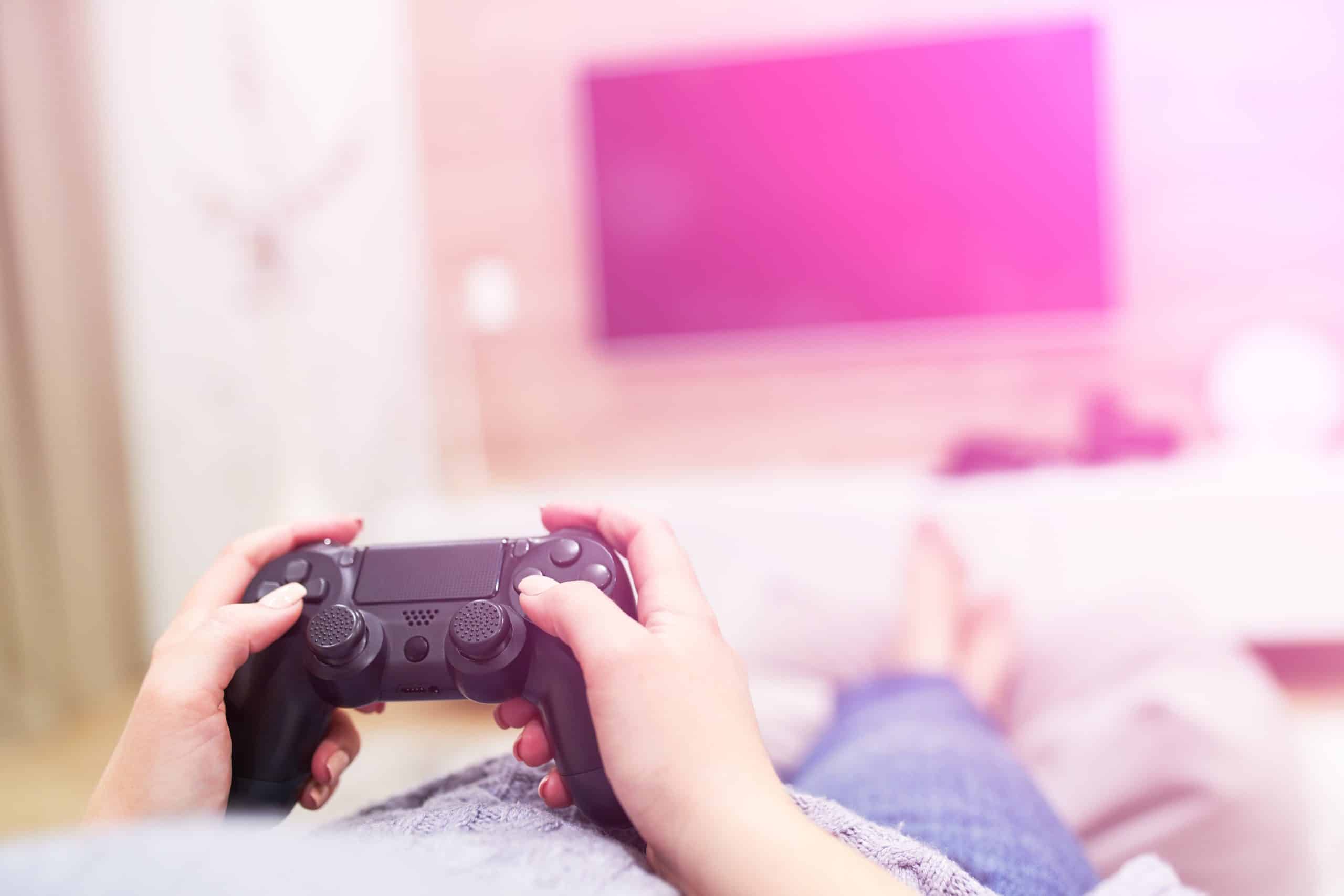 How Much Input Lag Do JVC TVs Have?

Their TVs generally have the bare minimum input lag levels, which is within the 25 to 30ms range.

While still within a reasonable threshold for input lag, it’s still far from the lowest input lag on TVs, which ranges from 6 – 10ms.

What Are The Refresh Rates On These Models?

JVC TVs usually have a refresh rate of 60 Hz.

That means games with more intensive graphics may encounter issues due to the low refresh rates.

The best workaround for this is to set the graphics to lower settings.

What is a Variable Refresh Rate?

Variable Refresh Rate allows TVs to keep up with the fast dynamics of video games.

Since frames in video games are rendered in real-time through the commands that are executed through the controllers, a TV normally would not be able to keep up with the intense data processing.

A Variable Refresh Rate comes in handy to address this issue.

Unfortunately, JVC TVs do not have support for Variable Refresh Rate.

Do JVC TVs Have a “Game Mode”?

Game Mode is a standard feature available in all JVC TVs.

Game Mode is a feature available on TVs and computer monitors that improves the gameplay experience by reducing input lag. It does this by reducing video quality to free up resources that will reduce input lag.

Can All JVC TVs Be Used As Computer Monitors?

All JVC TVs can be used as computer monitors since they come with HDMI and/or VGA inputs.

However, while you can use your JVC TV as a computer monitor, there are things to note of.

The first thing to be aware of is the input lag.

The second issue you will notice is how blocks of text do not render well in applications such as Word Processors and Spreadsheets if you’re using your TV as a monitor.

What About JVC PlayStation and Xbox Compatibility?

In general, you won’t have any issues using a JVC TV with the Sony PlayStation or the Microsoft Xbox.

But, as JVC TVs only have a 60 Hz refresh rate, you won’t be able to maximize the PlayStation’s features, such as 120 fps gaming.

Do People Generally Use JVC TVs For Gaming?

JVC isn’t exactly the most popular TV for gaming, but it does get the job done for a decent gaming experience.

It might not be as popular or amazing as Samsung or Sony, but it is a decent TV suitable for gaming.

How Good Is the Image Quality and Resolution?

At the entry-level, their TVs offer full HD capabilities. When it comes to the mid-tier, you can get an Ultra HD TV.

Their higher-end models get even better, as these TVs come with slim bezels, and QLED for the highest model.

You won’t have any issues with JVC TVs’ durability, as they have decent performance and their lifespan does not differ a lot from other TVs on the market.

And, like any other electronic device, the durability of a JVC TV also relies on its handling. If you overwork your TV and set its Brightness levels all the way up at all times, it’s likely you’ll get a lower lifespan than a TV under moderate use.

What Features Should You Look for in a Gaming TV or Monitor?

If you are looking for a TV for gaming, there are two qualities you should look into for a smooth gaming experience.

The first is the input lag.

The second thing to consider is the refresh rate.

What Are the Best JVC TVs for Gaming?

Here are a few TVs from JVC that are good for gaming.

The JVC HQ657115A is a promising QLED Android smart TV.

If you’re on a budget, JVC won’t disappoint you.

As the best gaming TVs may cost an arm and a leg, it’s good to have alternatives like JVC on the market. And with proper care, you can expect this TV to last you for years before you need to replace it.

What is Game Mode on your TV and should you use it?

5 Important Features For Every Gaming TV