Power strips are a great way to increase the number of electronics and devices you can have plugged in at one time. They allow you to run power to all of your devices without having to have to compete for a wall outlet. But, do power strips need to be grounded in order to work?

Here is everything you need to know about how power strips are meant to work while they are grounded.

Here’s If Power Strips Need To Be Grounded:

A power strip will work even when it isn’t grounded but I recommend that they are grounded to ensure that the surge protector works properly. After all, a surge protector is there to protect the power strip from overloading, which can create a dangerous situation for you and your home. 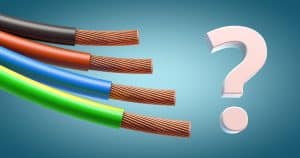 Grounding is a term used in the electricity and power world that describes how power should flow safely. When something is grounded, the electrical current that runs through the device is transferred from a series of short circuits within the power strip.

Grounding also allows for a safer flow of energy. In this case, the grounded device has a safe path for excess electrical currents to flow back into the ground without over surging or overloading the outlet.

In simpler terms, an excess of positive energy needs a place to safely land. Grounding will direct this positive electricity to discharge through the ground.

Grounding is an important part of the electric process because it is meant to send away dangerous positive energy currents that can not only do damage to the home in the form and electrical fire but can also damage the central electrical equipment in the home.

This is especially true for surfaces that are made out of metal. Metal is considered to be a conductive element that allows for electricity to flow through it as well as conduct energy.

If your appliances are not properly grounded, these metal surfaces will hold onto high voltage. They will become energized without having a clear path for the positive energy to ground.

What Happens When a Power Strip is Not Grounded?

The first thing you will notice is that the indicator light will not be on. Most power strips come with a light on the front that will light up when the surge protector is working.

In this case, you should always consult with an electrician to ensure that you have a properly working grounding wire and also that your outlets are grounded correctly as well.

When a power strip is not grounded, excess electricity that is being emitted from the power strip does not have a place to safely land.

Do Power Strips Work Without a Ground Wire?

As mentioned, a power strip will absolutely work whether or not it is grounded. However, when a power strip is not grounded, the surge protector is also not working.

A surge protector is an important tool when using a power strip.

This is because power strips are meant to be connected to several devices at a time and without a surge protector there is nothing protecting your devices from high voltage currents.

Essentially, the surge protector works with the ground wire in order to divert excess energy away from the power in the home and into the ground where it can safely be stored and dispersed. Without this extra layer of protection, who knows where this excess current will end up.

While electricity isn’t alive, it behaves as a living thing would. It needs to be properly charged and discharged and without a grounding wire or a surge protector, the energy can become chaotic.

Using a power strip that hasn’t been properly grounded means that you are putting your devices at risk. When a power strip overloads without a grounding wire, the surplus of electricity can flow to your connected devices and cause them to short out.

This is especially true for electronics that draw a great deal of power from an outlet like personal computers and laptops. A sudden power surge can burn out the batteries in these types of devices which can cause them to no longer function correctly.

How Do You Know If Your Power Strip is Not Grounded?

Now that you know about all the dangers of using a power strip or surge protector without a properly grounded line, it is time to know how to tell if your power strip is grounded.

As mentioned, most power strips have an indicator light that will let you know if the surge protector is working and grounded.

The next way to tell if your power strip is grounded or not is to look at the outlet it is plugged into. Wall outlets will feature either a two-prong connection or a three-prong connection. Having a three-prong outlet means that the specific outlet is connected to a grounding wire and should be safely grounded.

So, in order to be absolutely sure that your power strip is grounded – which also means that there will be a working surge protector – always check the outlets before plugging in.

Are Power Strips Dangerous if They’re Not Grounded?

A power strip can absolutely be dangerous is they are not properly grounded. When a power strip isn’t grounded, there is nowhere for the positive electricity to ground out. This can cause the surge protector in the power strip to overload.

An overloaded power strip is a huge fire hazard, but why? This situation creates a fire hazard because the excess electricity will just keep running through the strip causing a huge surge of power to rush through all of the outlets.

If the power strip gets too hot, it can start to burn wires and melt the plastic casing which can cause a fire to start. This also will depend on where your power strip is located.

If you are worried about your power strip becoming overloaded and overheating, there are a few things you can do to reduce the risk of a fire breaking out.

First, you want to make sure that your power strip is in a place that is safe. This means it should stay on a wood surface, not carpet, and should not have any loose materials, like throw blankets, hanging near it.

Once there is no power running through your power strip, start to carefully remove any device or electronic that is plugged in. This will allow air to flow through the outlets in order to cool the power strip down. Once the power strip is completely cool, check it thoroughly for any damage. If there is any damage done to the cord or the plastic casing of the power strip, you should not continue to use it.

Disasters can happen pretty quickly and without warning. You are the first defense when it comes to spotting something that could potentially be dangerous. So, make sure to check your surge protector and power strips often for any visible damage and to be sure that they are properly grounded at all times. Take care.