Android has been making waves in the smart electronics industry ever since it was launched in 2008.

Considering the fact that Androids are backed by the powerhouse Google, one might assume its entry into the world of smart TVs was a grand success—but it had its shares of issues in the beginning.

So is Android TV the powerhouse it was projected to become?

Here’s What You Need to Know about Smart TVs and Android TV:

Smart TVs come with different operating systems depending on their manufacturer, and Android TV is a popular operating system available for smart TVs. It is used by different smart TV brands across the world, including Sony, TCL, Toshiba, Philips, and Sharp. 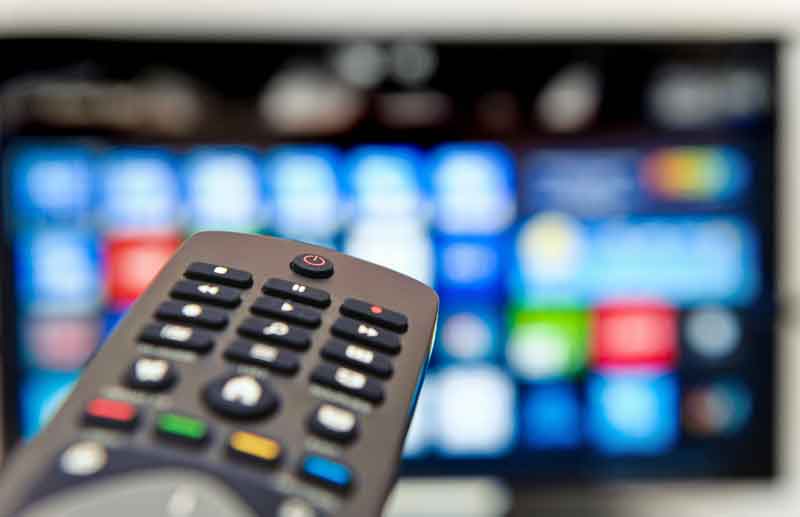 1. What’s the Difference between a Smart TV and an Android TV?

“Smart TV” is a generic term used for televisions that feature computer-like features, such as Internet connectivity, app capability, Bluetooth, and video streaming.

2. Which Smart TVs Use Android?

Smart TVs made by Sony, TCL, Toshiba, Philips, and Sharp use the Android TV operating system.

If you are using the Amazon Fire TV, this system is based on the Android operating system and can sideload apps from Android.

3. Can You Install Android on Smart TVs?

It is technically possible to install the Android TV system on your non-Android smart TV, but it is not advisable. It would take a lot of effort to bypass the default operating system, and there is the risk of bricking your smart TV. That can void your warranty, and repairing it may cost a lot.

Given the effort and possible risks, you are better off buying a streaming stick loaded with Android TV.

These streaming sticks plug into your HDMI port and cost only a fraction of what you would spend for an Android smart TV.

4. Can You Convert a Smart TV to an Android TV?

You can convert a non-Android smart TV to an Android TV using Android TV streaming boxes.

5. Can You Install Android Apps on any Smart TV?

There are a few Android apps that you can install on your non-Android TV. But it will take some steps and access to the backend of your smart TV’s system to do so, which might not be worth the effort.

The most popular apps will have a version available for your smart TV.

6. Can You Watch Apple TV on Android Smart TVs?

Only a few Android TV models are compatible with the Apple TV app.

The Sony X900H has the Apple TV app available.

It is worth noting that other smart TV operating systems, such as Samsung’s Tizen and LG’s webOS, which also supports AirPlay, have a compatible Apple TV app.

7. What is the Difference between Apple TV and Android TV?

Apple TV is a proprietary streaming box and platform that is exclusive to Apple.

Android TV, meanwhile, is an operating system that smart TV manufacturers can use for their products.

Samsung smart TVs cannot run Android TV on their own. You would have to do some modifications, which is not advised.

If you want to run Android TV on a Samsung, try a streaming stick like the Mi.

It would take a lot of effort to convert a Vizio smart TV to run Android, and it is not recommended.

The best option to run Android TV on a Vizio TV is to use a streaming box or stick like the Mi.

Sony adapted Android TV as its choice of operating system for its smart TVs.

When you buy one, it will most likely have Android TV preinstalled.

LG can’t run Android TV on its own.

The easiest and most stable way of running Android TV on an LG smart TV is through a streaming stick or box.

12. Do Android TVs Have Touchscreens?

Android TVs do not have touchscreens, unlike their smaller smartphone and tablet siblings.

Smart TVs were meant to be used and enjoyed from a distance, unlike phones and tablets. Having a touchscreen on a smart TV is counter to how they are supposed to be used.

Android TVs carry the same risks as any other smart TV on the market.

When you connect any device to the Internet, you are technically opening yourself to a security breach.

And as it is, manufacturers of smart TVs collect data from you, such as what shows you watch, what ads you skip, among other information.

The data collection from smart TVs is what keeps the prices more competitive than before. Manufacturers sell the data they collect from you, to help them recover the cost of manufacturing their TVs.

There’s also the risk of hackers infiltrating your household through your smart TV.

The risk is small, but it is there. The openness of smart TVs, Android TV included, can allow hackers to control your TV without you knowing it. Even worse, if hackers manage to retrieve login information from your subscriptions to Netflix or YouTube, it will be only a matter of time before they can pull out your payment information.

Is there any way to keep yourself safe from data collection and hackers?

The best way to combat unauthorized data collection and hacking is not to connect to the Internet. If your smart TV is not connected to the Internet, there won’t be any way for hackers and data collectors to grab personal information without your consent. But of course, disconnecting from the Internet defeats the purpose of having a smart TV in the first place.

What you can do is invest in a VPN service, which helps you mask your identity and location.

Smart TVs using the Android system have had their shares of bugs. But in recent years, Android has picked up the pace in improving its system.

You can say that Android TVs are much better now than they used to be.

If you are considering using an Android TV, consider these advantages.

This holds true especially if you are used to using an Android smartphone.

Like its smartphone counterparts, you can multitask without much problem on Android TVs.

If you run a smart home system, the Android TV comes with Google Assistant to help you synchronize your smart TV with the Google Home system.

You can automate the functions of your smart TV through voice commands.

While other smart TV systems can do this, the fact that Android TV and Google Home come from the same company means that they have greater reliability between each other.

Android TVs have a wide range of apps available

For the most part, you can expect most apps on your smartphone to be available on the Android TV, as well as the apps available on any other smart TVs out there.

You are guaranteed to have a screen mirroring on an Android TV through the Google Chromecast.

Since these are also under the same company, you can expect a smooth experience using the mirroring function.

While the battlefield for smart TVs focuses much more on the brand, rather than the system itself, Android is a powerful contender.

Its system is the most ubiquitous, considering that it is used by different brands, as compared to Tizen, webOS, and Smartcast, which are unique to their respective brands.

So if you are looking for a smart TV, there’s a good chance you will end up with Android, due to the number of brands that rely on it.