With the trend of manufacturers of smart TV to offer the whole nine yards of features, you might ask: why should I get a smart TV without a camera?

You see, smart TVs are vulnerable because there is a possibility that hackers can turn the built-in cameras into tools to spy on users.

Despite this risk, it would still be good to have a smart TV that can work with external cameras, rather than internal ones, so that you can use your TV for video chats for work.

So which camera-less smart TV should you buy? 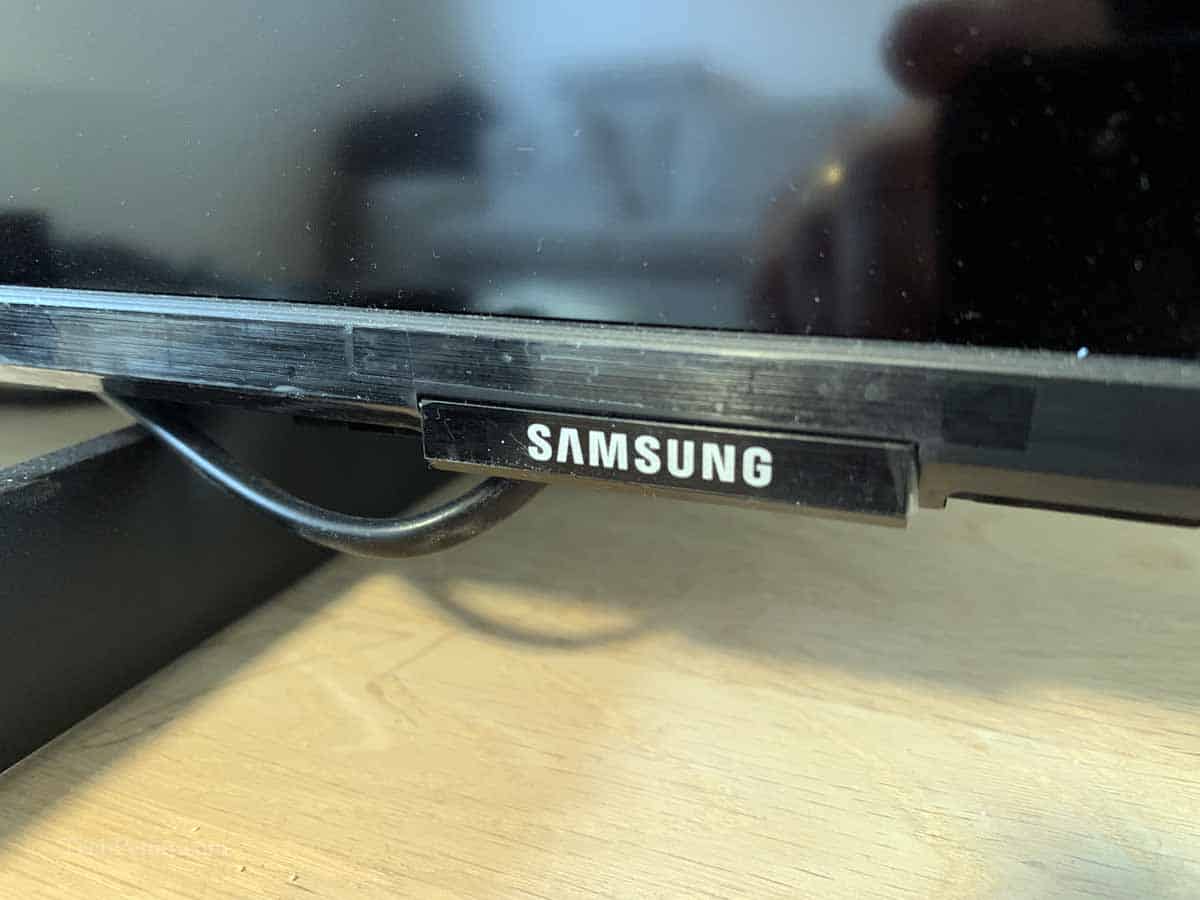 Criteria for Selecting a Smart TV:

For this article, Techpenny chose four (4) smart TV models that are ideal for video conferencing scenarios.

That said, these TVs would be operated under the assumption of using an external camera, such as the TV camera of Logitech, or Facebook Portal.

We also think it is important that these smart TVs should also have Ethernet connections built-in for a more steady connection.

Also, these TVs should have some form of screencasting built-in, for mirroring other video conferencing apps not available on smart TVs, such as Zoom.

The screen size of the smart TVs listed here ranges from 49 to 55 inches, which is near the worldwide average size of 47.9 based on the report of Statista.

If you plan to use this primarily for work-related meetings only, lets set the budget to $600 and below. If you would be using this every day, you should get something more high-end.

The D55x G9 from Vizio is pretty much a bare-essential smart TV.

With a 50 inch LCD, the D55x G9 can handle a lot of video conferencing requirements, although at its minimum requirements.

This unit comes with Chromecast built-in, so you can mirror apps like Zoom for everyone present to see.

Also, the great thing about Vizio is they have their proprietary webcam for you to use with their smart TVs.

You do not need to worry about the compatibility of other models, as the company made a proprietary webcam for you to use with their products.

The D-Series does not have an OLED display.

While this should not be a deal-breaker in video conferencing, you may want an OLED display when viewing presentations, such as videos or photos from your team.

If you are considering Vizio but are willing to wait, consider yourself lucky because they announced the release of their first OLED smart TV later this year.

Another downside to it is it only has one USB port. And it is not even USB 3.0.

But if you are using smart TV in conjunction with a computer via Chromecast, that should not be a problem.

With all things considered, at less than $480, this smart TV pretty much okay for video conferencing requirements.

If this were just for video conferencing, you would not be using it round the clock, so this is something worth considering given the price and features.

The Sony X750H is an entry-level smart TV that uses a 55-inch display and has a resolution of 4K.

While this is an entry-level unit, this is where it shines.

The X750H is a no-frills unit, which means you are not overloaded with so many features that you probably do not understand.

While it may lack some features, compared to other Sony models in the market, it still has the same quality images, thanks to the Triluminos and X1 processor on-board.

The good thing about this unit is how it remains ad-free out of the box, much like other Sony smart TVs.

No unnecessary data collection happens, and the only ads you will see are from third-party apps.

This TV uses Android, so you can use other webcams easily by finding compatible drives in the Playstore.

Although, be cautious of the drivers you install from the Playstore, as some of these apps may contain malware that can damage your TV.

What makes this also a winner is the built-in Chromecast, which lets you mirror that video chat to a bigger screen, regardless of the device you are using.

The 55-inch LG UKG6300 is another viable option for a camera-less smart TV for your video conferencing.

With a price that starts at $549.99, you get multi-format 4K HDR support, and an excellent platform if you have a smart system for other devices.

It also has AirPlay, which you can use to mirror your Zoom videoconferences. This can be a downside since additional apps are required to make AirPlay compatible with Windows.

Unfortunately, if you are expecting OLED, like other LG smart TVs, this has none.

But don’t let that put you down, especially if this will be a screen meant for your office meetings!

The images are clear, although it has glare issues in really bright rooms at times.

Camera support for this TV is also limited to Portal and other webcams using HDMI, as LG does not have a proprietary webcam for its smart TVs.

Loaded with a 4K UHD processor, this smart TV also features AirPlay, like the LG UK6300, which means mirroring needs a few extra apps to work from non-Apple devices.

The images on this TV are bright and clear, thanks to Purcolor technology. 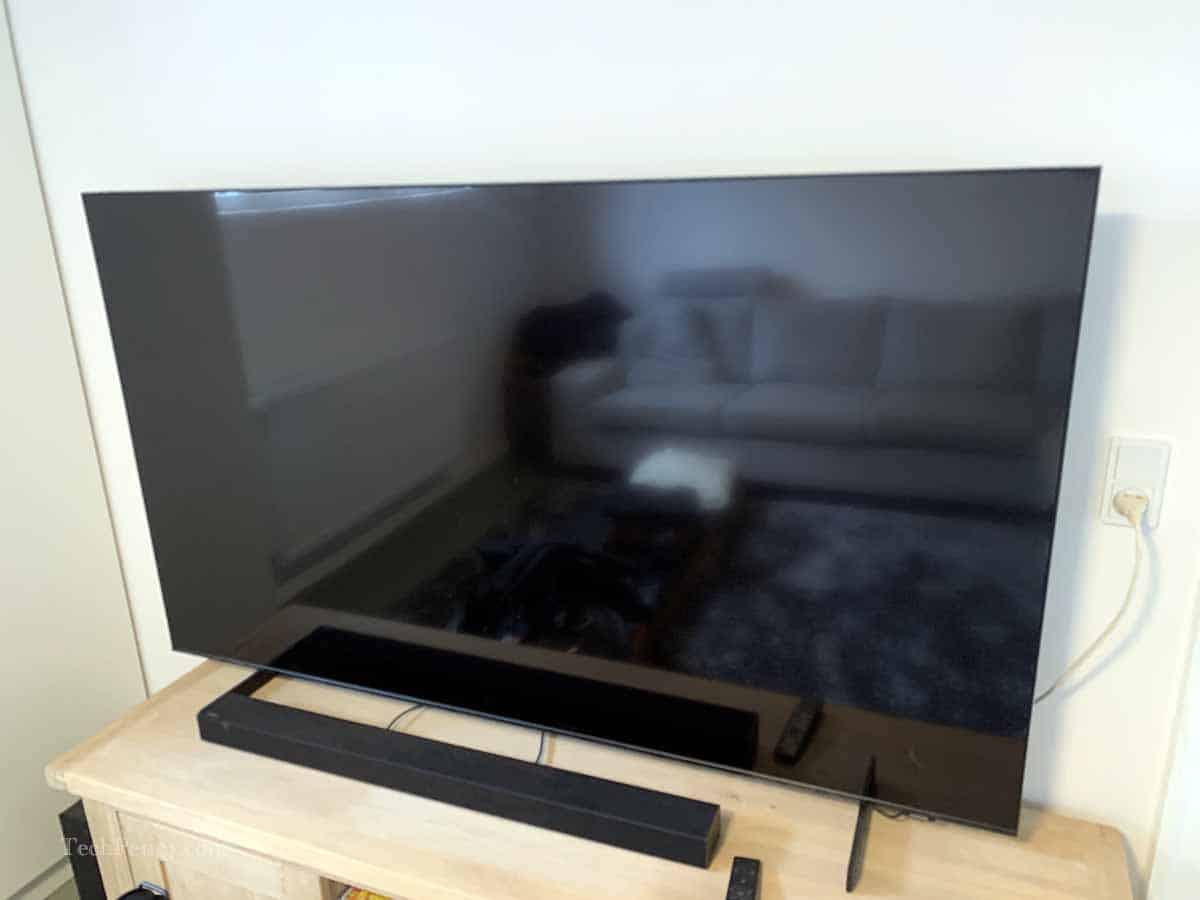 Its clarity can sometimes be distracting, making you wonder if the image is really on the TV or real.

Since this is a Samsung TV, you can use its proprietary webcam with this device.

Although Samsung discontinued this camera, you can still find them on eBay, and other pre-owned marketplace websites.

If you are expecting QLED, unfortunately, this does not have it. But that is okay since the TV can still produce quality images.

Another downside to this smart TV is the bloatware or unnecessary apps that come with it. Unfortunately, you cannot uninstall these apps.

This smart TV is also riddled with ads, which is a bit common with smart TVs nowadays. These ads are usually the basis of the data that manufacturers of smart TVs collect.

How much should you spend on a smart TV without a camera?

That depends on how you intend to use the smart TV and frequency of use.

As mentioned, if this smart TV will not be used daily or very often, you should not spend so much on it, and set a TV budget of around $600.

But if this would be your daily TV, which means you will also spend leisure time with it, then, by all means, spend a little more and go for OLED.

Also, since these smart TVs do not have cameras, you still need to pick up one.

You need to factor that in your budget as well:

Just keep in mind the basic requirements for video conferencing with an external camera: Ethernet or LAN connection, screen mirroring, and above decent imaging.

With all things considered, you can use almost any smart TV for your videoconference.

Make sure you meet the essential features listed above for a versatile setup.

Make sure you have the bandwidth to support conference calls, especially in workplaces that have several people going online with their respective teams.

Finally, since security and spying were mentioned earlier, do not forget to unplug those cameras and disconnect the smart TV from the Internet when not in use.

Those are additional layers of protection that prevents hackers from spying on you.

The last thing you need right now is a hacker being able to hear your conversations and sell what they pickup to your rivals.

Where Are The Cameras & Mics Of Smart TVs Hidden? (Busted!)

How to Video Chat and Conference on Your TV?