One of the most common things to break for any TV is the remote control. These get sat on, stepped on, misplaced, and in some cases, dunked into our favorite drinks by accident.

If you broke or lost your Sony TV remote, and it so happens you have an extra remote lying around from an older Sony TV, can you use it with your TV?

About the Compatibility of Sony TV Remotes.

Can I Use Any Sony Remote With My TV?

If you are using a Sony TV, you can practically use any Sony remote with your TV.

Note that Sony remotes only work with Sony TVs, regardless of the model.

Does Sony Have A Remote That Works Universally?

Sony sells a universal remote that works with its Android TVs.

Do Sony TVs Have a Remote Control App?

Sony has an app called Movie and TV Sideview, which allows you to turn your mobile device into a remote control for your Sony TV.

This app works with your Sony TV as long as your mobile device is on the same Internet network as your TV.

There are other third-party apps that you can download and use as a remote control for Sony TVs. Many of these apps emulate the original Sony remote control functions, down to the hotkeys available.

Can You Replace a Sony TV Remote?

Should you lose or break your Sony remote, you can replace it with a Sony voice remote, smartphone app, or a third-party remote like the One for All remote control.

The remote control for Sony TVs has a voice command function that lets you dictate actions for your TV.

Can I Use Alexa to Control a Sony TV?

You can use Alexa to control your Sony TV, provided that the TV has Alexa built into it, and you have a compatible smart home hub that works with Alexa and your TV. 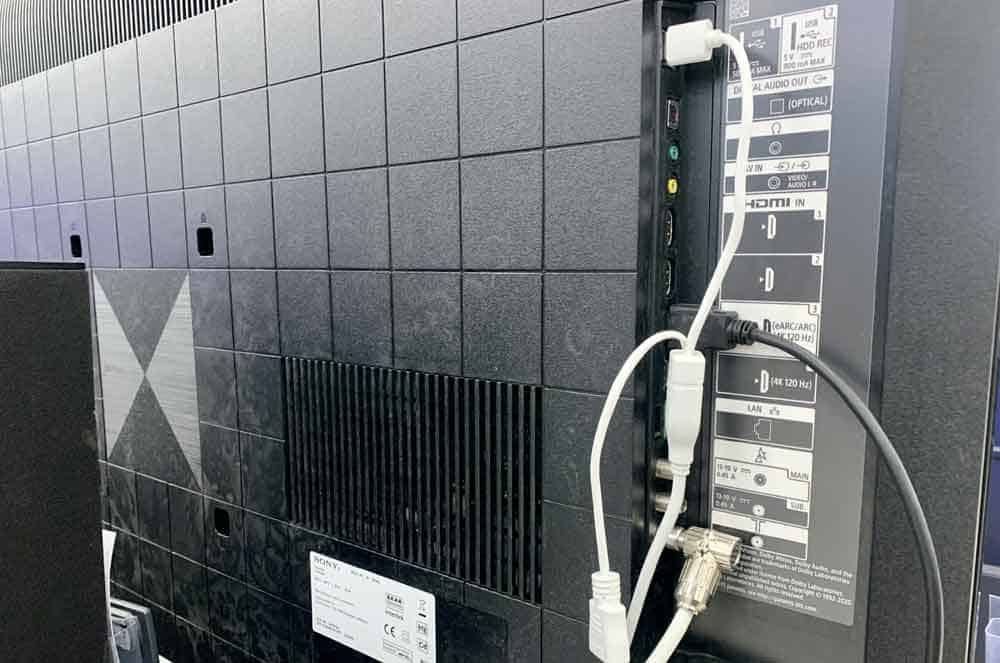 Can I Use Google Assistant to Control a Sony TV?

Before you can use the Google Assistant with your TV, you need to set it up and install the skill that pertains to your Sony TV. The skill will then be able to accept voice commands.

How Do I Know Which Remote My Sony TV Needs?

If you are unsure about the remote that works with your TV, your best bet is to use a remote control app.

These apps are free to download and use, and you can easily integrate the app with your Sony TV at no extra cost.

How Much Does a New Sony Remote Cost?

If you think that’s too steep, you can always go for the app, which is free, or a third-party remote, which can cost half the price.

How Do You Pair a Sony Remote to a Sony TV?

If you broke or misplaced your Sony remote and want to pair a new unit, here’s what you can do.

How Many Remote Controls Can You Pair with a Sony TV?

You can only use one remote control with your Sony TV.

Can You Use a Sony TV without the Remote Control?

You can use a Sony TV without the remote control, but the functions will be quite limited.

The TV controls are limited to turning it on and off, adjusting volumes, and changing channels.

You won’t be able to launch installed apps as the controls on the TV prioritizes the basic commands only.

What Are the Best Third-party Remote Controls for Sony?

There are a lot of third-party suppliers that offer remote controls that work with Sony TVs.

Here are some of them.

This third-party remote control lets you do more without the hassle of navigating. It features hotkeys to your streaming apps so that you don’t have to look for them every time.

The Coolux is also one of the cheapest third-party remotes available.

One for All Remote Control

The One for All is a powerful universal remote control that can take on your TV as if it were the original.

The One for All was designed for those who want an actual physical remote but do not want to track down a new remote from the original brand.

The Logitech Harmony Companion is a higher-end remote control that works with different brands.

It comes with its own hub, remote control, and app for better performance.

Should this be insufficient for you, there’s the Logitech Harmony Express, which contains a smart home hub that you can program with Alexa.

Sony remote controls are not universal.

But they can work with other Sony TVs, and some apps can replace your remote control, as well as third-party remotes.

These free apps are available for iOS or Android. They are also well-made and emulate the design of the TV, making it one of the most practical solutions if you lose your remote control.