Everyone loves music streaming services these days, and why wouldn’t they? They’re a convenient, affordable way to listen to vast libraries of music on demand.

And there’s no denying Spotify, and other streaming services are a great deal for the average consumer of music, but what about the average musician?

That is to say, do Spotify and other streaming services compensate artists fairly?

Well, if you’d like to find out, keep reading because that’s exactly the question we hope to answer today!

Here’s How Artists Are Paid on Spotify:

Many successful musicians are signed to a record label. This label makes decisions on behalf of an artist and chooses whether or not the artist’s music goes on Spotify. $0.003 USD is paid on average per stream of a song. This amount is then divided between the musician, the label, and other parties. 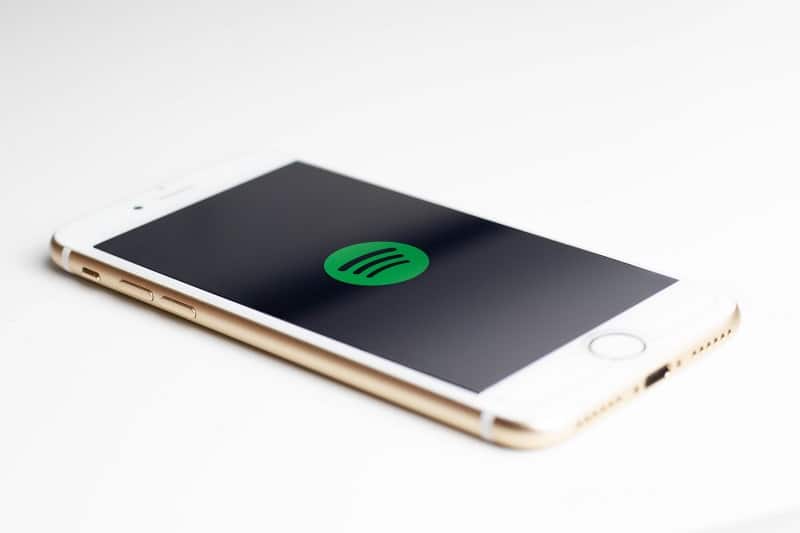 Is Spotify a Good Choice for Established Artists?

Out of any category of music artists, those who are well-established and already have a substantial following get by far the best deal out of having their music on Spotify.

In fact, multiple factors of Spotify’s operation favor well-established artists over lesser-known ones.

Firstly, the amount paid per stream is not static.

We don’t actually have exact numbers, because Spotify, like most streaming services, can be pretty opaque about how much it pays artists.

This alone should be a possible red flag, as if they were compensating artists fairly, why should they try to hide the exact amounts?

What we do know comes from data collected by third parties interested in uncovering streaming services’ treatment of artists, since Spotify won’t tell us themselves.

And this data suggests that not only is the Spotify payout very small—and that’s before it gets split with the record label—but that it varies based on an artist’s popularity.

So not only do better-known artists have an advantage due to already having an audience who will seek out and listen to their content but they also get paid more per stream.

Here’s Spotify for Artists notes this:

Contrary to what you might have heard, Spotify does not pay artist royalties according to a per-play or per-stream rate; the royalty payments that artists receive might vary according to differences in how their music is streamed or the agreements they have with labels or distributors.

All these factors add up to mean that, while streaming services don’t have a great track record for treating any artist fairly, established artists definitely get the best deal.

Is Spotify Good for New Artists?

If a new artist is signed to a record label, they likely won’t get a choice in whether or not their music is put on Spotify.

Spotify likes to make the case that newer artists will gain “valuable exposure” from being on Spotify.

The truth, however, is that the odds are heavily stacked against new artists on the platform.

Many users, after all, don’t sign up to Spotify to discover new music; they sign up to listen to music they already know and love, for less money than it would otherwise cost.

This means that your odds of being discovered as a new artist on Spotify aren’t great.

It could happen, if you’re lucky enough to end up on a curated playlist, or if the algorithm suggests you to users who like similar content, but the odds aren’t great.

Additionally, not only will newer artists get fewer streams, but they’ll also make less money per stream.

So while Spotify would like everyone to believe it’s helping new artists get vital exposure, the reality is the platform is heavily biased towards already-popular artists.

Is Spotify Good for Independent Artists?

Independent artists—those who have yet to find a record label, or have chosen not to sign to one—do have one advantage over signed artists on Spotify.

That is to say; independent artists don’t have to split their earnings with a record label, meaning they’ll get a much higher percentage of the income from each stream.

However, they’ll face the same problems as newer signed artists: they’ll probably be lesser-known and have a harder time getting streams in the first place.

So if an Independent artist manages to get a big enough following, they can take home more of their earnings.

Opinion definitely varies from one musician to another, and we can’t speak for any of them.

That being said, after reading multiple accounts, we can say that the overall opinion does not seem to be entirely favorable.

However, many artists do end up using streaming services, either by choice, in the case of independent artists, or because their record label said so, in the case of signed artists.

This is because, even if a hypothetical artist absolutely despised Spotify, they might be hurting their career by staying away.

Streaming services are, after all, becoming incredibly popular, and other means of artist income, such as CD sales, are plummeting, and have been for a while.

A comparison here can be made to the necessity of record labels in most artists’ careers.

Some record labels gain an oppressive amount of control over an artist’s content when signed, but are something of a “necessary evil” in that they’re usually necessary for financial success.

Many artists seem to be coming to view streaming services in a similar light: artists neither like nor are treated fairly by them, but must deal with them anyway in order to make it.

What Music Streaming Service Do New Artists Typically Use?

We weren’t able to find any hard data on which services new vs. established artists prefer to use, but we can certainly speculate a little about which ones might be best for them.

Amazon Music, Rhapsody, and Tidal are all good choices for their higher payouts, as they all pay three times or more per stream than Spotify.

However, if a new artist who has yet to sign to a record label wants the fairest treatment from a streaming service, they’d probably be best off with Bandcamp.

Bandcamp is geared towards giving the artist more control over their own work, and the ability to seek fair compensation.

Artists can put their music up on Bandcamp and allow users to listen to it for free a limited number of times, after which they’ll be asked to buy the album.

Some users might find this annoying, but consider that the best way to support your favorite artist is to buy directly from them, something Bandcamp encourages.

What Music Streaming Platforms Pay Artists the Most?

In order starting with the best-paying, Amazon Music Unlimited, Rhapsody/Napster, and Tidal are the three highest-paying streaming services, according to our sources.

Tidal pays almost three times as much per play as Spotify (which counts muted and repeated streams), and the other two pay even more than that.

However, we’re still talking about fractions of a penny here, so don’t get too excited.

If you’re wondering about Apple Music, this streaming service does pay artists better than Spotify. This is one of the reasons they have chosen not to offer a free streaming option as well as a feature with no ads.

Ultimately, if you really want to support your favorite artist, streaming services are not the way to do it, and even the best-paying ones can still be a raw deal for the people who make the music.

If you care about the well-being of the people who make the music you love to listen to, buy their full albums.

It may seem like an old-fashioned thing to do in the modern age of streaming giants, but buying albums and merch directly is still the best way to support musicians.

Is Spotify Bad for Artists?