Whether you’re using it free on your PC or paying a subscription to access a vast media library on the go with your smartphone, Spotify is a hugely-popular music streaming service.

But have you ever wondered what the artists who actually made the music you’re listening to think of it?

Or if they’re fairly compensated for their work? After all, there wouldn’t be any music to stream without them.

If so, keep reading, because it’s questions like these we hope to answer today, as we dive into the controversy surrounding Spotify and its treatment of the musicians whose work populates the service.

Here’s What We Know About How Much Spotify Pays Musicians:

Spotify pays artists on a per-play basis, meaning every time someone plays their song, an undisclosed monetary amount is given to the artist. Spotify will not state what this amount is, but it is rumored to be significantly less than one penny per play. 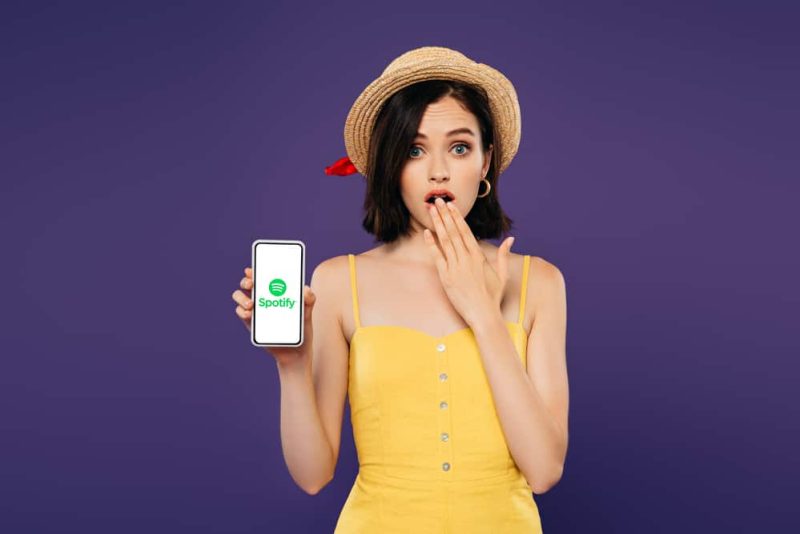 How Much Exactly Does Spotify Pay Musicians?

So, as we just mentioned, we don’t actually know how much Spotify pays its artists per play, because they won’t tell us.

They won’t tell anyone, in fact, and presumably, the artists themselves are under some form of non-disclosure agreement because the precise information doesn’t seem to be out there.

Granted, this is speculation on our part, but not entirely baseless speculation; why else would nobody on the internet be able to provide accurate figures?

Regardless, what we do know is that artists are paid on a per-play basis, meaning the more times their music is played, the more money they get.

Sounds pretty straightforward and fair on the surface, but not if the rumors are to be believed which posit that the rate is a “tiny fraction of a penny” per play.

Without knowing whether the rumor is true or not, or just how tiny of a fraction we’re talking about, it’s difficult to make any concrete statements.

However, at least one thing is clear about this payment model: it’s going to benefit the most popular artists the most, and lesser-known musicians could really be getting the short straw here.

Even with abysmal rates, massively popular mainstream artists might get enough plays to see significant returns, whereas more obscure artists will be lucky to come away with pocket change.

A system like this creates a vicious cycle, where popular artists are rewarded for already being popular, and lesser-known talent is likely to flounder and disappear.

You might be wondering how best to support your favorite artist. Check out our article explaining whether playing songs on repeat counts as plays.

Why Do Streaming Services Pay Artists so Little?

Frankly, because they can.

No, really. Simply put, corporations exist to make money. If paying artists fairly were profitable, then they’d be doing that.

But if the most profitable thing is to take advantage of their near-monopoly on the music streaming niche by paying as little as they can get away with, why would they do anything else?

Large corporations will go to great lengths to appear as they care about ethical concerns such as, for instance, compensating artists.

The truth is that this, too, is a carefully calculated move ultimately in the service of ensuring uninterrupted profits.

Bottom line is, just about anything a major corporation does is done with the ultimate goal of making as much money as possible. If they have to screw over tons of musicians to do that, so be it.

Read our blog here about why are Spotify lyrics wrong sometimes?

Is Spotify Fair to Musicians Compared to Other Streaming Services?

This is a surprisingly difficult question to answer because other streaming services (for instance, Apple Music, Pandora, iheartradio, etc, etc) seem equally hesitant to disclose their exact rates.

That being said, from what we can find, the finger tends to be pointed at music streaming services in general when claims of unfairness are raised.

Spotify just gets most of the attention because it’s the biggest.

Moreover, the bigger and more monopolized the platform, the easier it is to take advantage of that status to manipulate things in your favor.

Put another way, there’s no realistic reason to expect that smaller streaming services, even if they did currently operate under a more ethical model, wouldn’t do exactly what Spotify is doing, if they could get away with it.

This one’s another difficult question to answer, for a couple of reasons.

For one, musicians are individual people with a variety of thoughts, feelings, and opinions; they’re not a monolith and any generalization about them will never be universal.

Secondly, it can be difficult to separate a person’s actual, genuine opinions from the various pressures that may compel them to speak otherwise.

What do we mean by this? Well, for starters, most musicians rely on a record label to publish their work.

That record label has an enormous amount of power over an artist, and if they publically say something their label doesn’t like, it could put them in danger of losing their primary source of income.

As a side note, all artists must use a distributor to get their music onto Spotify. And this is an additional fee that musicians must pay.

We find it unlikely that a majority of musicians are in favor of a model that takes all their music, makes it publically available, and in exchange gives them pocket change at best.

The sad fact of the matter is that the artists don’t really get a choice.

Once an artist signs on to a record label, that label can, will, and does sell the rights for the music to whoever it wants to.

Because much like Spotify itself, the record labels care about making a profit.

Ultimately, musicians are just a means to this end; they make the music that people will pay for, and a label will act in the interest of making as much profit as possible.

So, is Spotify good or bad for artists?

Is Spotify Making a Good Profit?

Absolutely, yes. As we’ve covered, profit is every corporation’s ultimate goal, and Spotify has been raking in the dough on this one for sure.

Spotify’s CEO, Daniel Ek, is a multi-billionaire, and his vast wealth, along with the wealth of other executives under him, is only growing thanks to Spotify’s business model.

The reason he’s able to do this is, as near as can be told, because he managed to break a deal with many major record labels that was profitable to both sides.

“Both sides” of course, meaning, the record label and Spotify. The actual musicians signed to those record labels don’t get a cut.

Ostensibly, Ek offered stock shares in exchange for access to the record labels’ music. The labels in question accepted this deal, squirreled the stocks away, and shared exactly none of it with artists.

Instead, musicians get an undisclosed amount that’s rumored to be so little that most artists who aren’t already mega-popular could buy a single cup of coffee, per year, with their Spotify proceeds.

In fact, if such rumors are to be believed, even those mega-popular artists aren’t getting much. More than a coffee a year, sure, but still not nearly enough to be called fair compensation.

While we can’t confirm or deny any of these rumors without seeing hard evidence, we must point out that it’s a little suspicious Spotify won’t disclose its exact rates.

After all, if they were compensating artists fairly, why would they hide it?

What Is the Best-Paying Music Streaming Service?

We hate to be the bearers of bad news here, but the unfortunate truth is that if you’re looking for a guilt-free streaming service that pays artists well, you’re probably not going to find one.

We also can’t actually answer the question here in any concrete manner, since Spotify is not alone in its opaque business practices like refusing to disclose how much they pay their artists.

The bottom line, though, is that if you care about making sure the people who make your favorite music are paid fairly, you should buy their music.

This doesn’t mean you can’t also use services like Spotify in addition to purchasing your favorite bands’ albums, just that only getting your music from such services isn’t going to cut it.