Music streaming platforms have simplified our access to new music and our favorite golden oldies. With their extensive music and podcast catalogs, it’s so easy to set up playlists for every mood and occasion.

But with the numerous options we have in selecting our go-to streaming platform, how can we tell which one is the loudest?

In this article, we will look at the various streaming platforms and find out which one is the loudest.

Here’s What you Need to Know about the Loudness of Music Streaming Platforms:

Music streaming platforms use “loudness normalization” to ensure a better listening experience. This feature is used to set the average playback volume of all content to the same level. This results in the volume of each song being roughly on par, eliminating the need to adjust it from song to song. 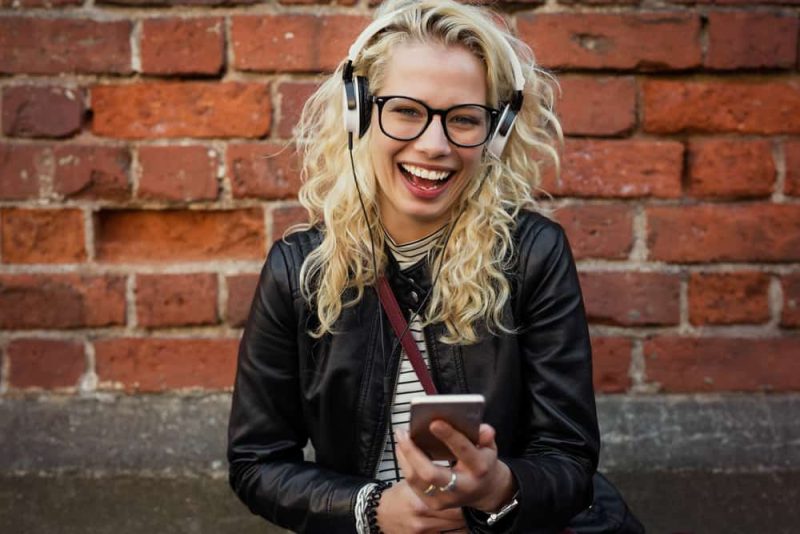 ‘Loudness’ as a general concept is complex to peg down, but in music, there are loudness metrics that measure perceived loudness in a digital environment.

This is a way of measuring audio loudness. It takes into account both how we as humans perceive sound and the intensity of the electrical transmission.

Why is this important?

LUFS functions as a sort of audio measuring tape by combining the loudness of audio signals and human perception into a single scale.

LUFS are used to set targets for audio normalization in broadcast systems for cinema, television, radio, and music streaming.

Music streaming apps are heavily invested in ensuring that regardless of how loud a song may be mastered by an artist, they have their personalized LUFS levels.

These reference levels mean that the streaming apps determine how much loudness in the audio of their streams is acceptable to their standards by having controlled maximum levels.

The lower the number, the quieter the level:

Here’s what you need to know about Apple Music and LUFS:

It turns quieter songs up only as much as peak levels allow and allows for track and album normalization depending on whether a playlist or album is being played.

It’s also worth noting that Apple Music has a feature called Sound Check.

This a non-LUFS-based normalization technique that may still be used in older versions of macOS and iOS and wasn’t always enabled by default.

Here’s what you need to know about Spotify and LUFS:

Spotify has a default reference level of -14 LUFS, but users can choose between -23 and -11 LUFS.

Normalization is now enabled by default with the newer app version, and quieter songs will be turned up only to the extent that peak levels allow for the -23 and -14 LUFS settings.

More than 87% of Spotify users do not change the default setting of -11 LUFS setting.

Depending on whether a playlist or an album is being played, Spotify also allows for track and album normalization.

Here’s what you need to know about YouTube and LUFS:

YouTube uses a reference level of -14 LUFS and always has normalization enabled.

It will not increase the volume of quieter songs and will only use track normalization.

Here’s what you need to know about Other Streaming Services and LUFS:

Amazon Music and Tidal both use -14 LUFS, while Deezer uses -15 LUFS, and Pandora does not actually use LUFS.

Normalization is enabled by default on Tidal and Amazon, but Deezer and Pandora don’t give access to users to turn it off.

Only Pandora will increase the volume of quieter songs.

Does the Music Distort when you Maximize the Volume?

There is a general consensus amongst music streaming apps that maximizing the volume and disabling normalization affects the audio quality.

With that in mind, many music streaming platforms have introduced options to improve audio quality where the music plays close to studio quality.

Here’s what you need to know about Apple Music’s audio quality:

Here’s what you need to know about Spotify’s audio quality:

Spotify has been rumored to introduce Spotify Hi-Fi for several years now, which would enable users to listen to higher-quality music. However, at the time of writing it is still in the pipeline with no release date set.

But in the meantime, these are the audio quality options on the Spotify app:

Here’s what you need to know about Tidals’s audio quality:

The high-quality audio with Tidal’s HiFi subscription is comparable to that of listening to a CD.

By cautiously setting the default volume to prevent the sound from overpowering the audio quality, Tidal appears to want its HiFi subscribers to experience the song fully.

In some operating systems, the volume can be optionally increased beyond 100%. However, the audio quality may suffer as a result.

Increased volume does not necessarily always result in a reduction in audio quality. But if it does, you should be aware that in order to enjoy what Tidal has to offer fully, you should connect your computer speakers to an external amplifier.

Or, you can use a  DAC/amp or switch to computer speakers with an integrated amplifier.

Tidal urges its users who listen to music with headphones to listen with good quality headphones in order to appreciate the full richness of the music.

What music streaming app has the best sound at high volume?

The unanimous answer to this question is Tidal, followed by Amazon Unlimited and Apple Music Lossless.

What is Master Quality Authenticated and 360 Reality Audio? We’ll get into that a little later.

Tidal offers the highest audio quality of the other music streaming platforms, which are:

Is Apple Music louder than Spotify?

Apple Music has a significant advantage over Spotify, namely, lossless and high-resolution audio.

Lossless audio eliminates much of the data loss that occurs when songs are compressed from their original source, resulting in CD-quality sound from a digital file.

What this means is that Apple Music should sound better than Spotify.

To enjoy the benefits of lossless audio, you’ll need to use wired headphones, and even then, you’ll need a keen ear to notice the differences.

Having said that, even when using wireless earbuds and an iPhone, many users found that most songs sounded louder and brighter on Apple Music than on Spotify.

8 Reasons Apple Music Is Better Than Spotify (Explained) further elaborates on this.

The loudest sound in the video determines the maximum volume on YouTube.  Therefore, YouTube will increase the level generally to ensure that a song’s louder sections are heard.

On Apple Music, the maximum volume is instead determined by the song’s overall average volume.

As a result, music on YouTube may have a substantially stronger volume than those on Apple Music.

Because YouTube’s audio is louder and more immersive, some people may prefer it.

Is Apple Music louder than Pandora?

Pandora doesn’t alter music equalization from how it sounds on the original releases, resulting in some songs being louder than others.

And as mentioned earlier, Pandora doesn’t use LUFS, unlike Apple Music.

Pandora uses the Replay Gain technique instead. This encodes a precisely controlled adaptation into the mp3/mp4 header so that the actual player (web browser, phone, or device) can adjust the volume right away.

We couldn’t find enough evidence to suggest that Apple Music is louder than Pandora except for numerous users lamenting that Pandora’s volume is the lowest of the streaming platforms.

Is Apple Music louder than Tidal?

As previously mentioned, Tidal has partnered with MQA (Master Quality Authenticated) to ensure that master-quality music is provided on the service.

The logic behind this is that while HiFi audio is a superior sound, it’s still limited to 44.1 kHz / 16-bit resolution, whereas MQA audio is the highest possible resolution, typically 96 kHz / 24 bit.

The Master Quality Authentication program is an initiative that certifies and provides master recordings to the listener directly from the artist.

The program offers an audio format for packaging the sound as well as a set of technologies for compressing and decompressing the package without sacrificing quality.

As a result, an artist can preview an MQA track to ensure that it sounds as intended.

The MQA audio file is then supplied to streaming platforms like TIDAL for playback after the artist has validated the song.

On the other hand, select records are available as Apple Digital Masters, which Apple says deliver the “highest possible quality audio.”

Apple Digital Masters are mastering tools that enable the artist to hear how the audio will sound to the listener before uploading their tracks to Apple Music.

Only time will tell if Apple Music will be as loud as Tidal.

Apple Music vs Spotify: Which App is best for you