Apple Music may have entered the music streaming world a little later than Spotify, but ever since it has been gaining ground.

Now it seems that many users prefer Apple Music rather than Spotify, and in this article, we’ll look at the reasons why. 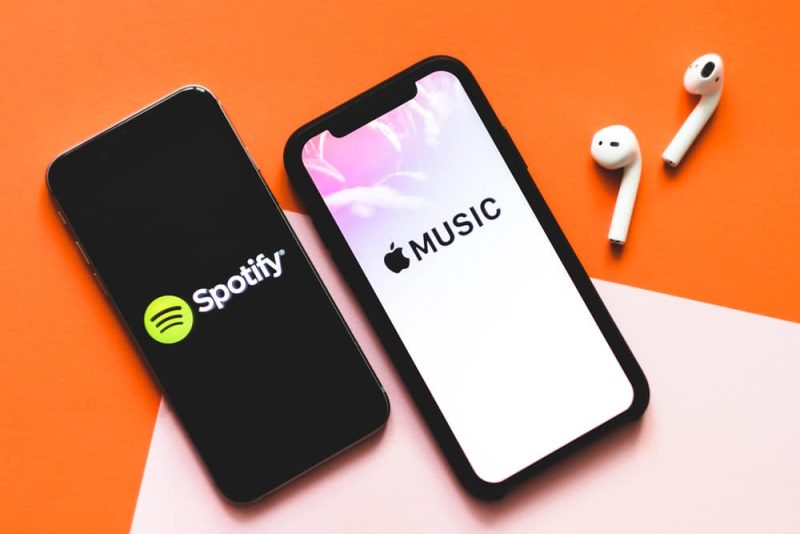 You can’t talk about music streaming without getting into sound quality.

Clearly, when it comes to enjoying music, it is essential that your listening experience is the best it can be.

We now live in a world of fancy headphones and incredible sound systems, so it’s no wonder that users’ expectations from their music streaming services are high.

Apple Music has gone above and beyond to ensure that music streamed from their platform offers the very best in quality.

As the folks at SoundGuys.com rightly point out:

“only Apple Music will provide you with an audiophile-grade streaming experience.”

Although Spotify offers some great quality options for its Premium members, it cannot compete with the lossless quality that Apple provides.

Spotify has said that it intends to release its Spotify HiFi tier, however, there’s still no sign of it as of yet.

Why Is Lossless Audio Important & How Does It Make Apple Music Better Than Spotify?

As listeners, we want to get to experience the music we love as it was intended to be heard.

The music recorded by our favorite artists undergoes a loss of fidelity once songs are converted and compressed into different formats.

It’s worth noting that Apple Music works well on many Android devices and PCs.

Spotify may have been around for longer, but that didn’t stop Apple Music from gaining the upper hand in terms of sheer numbers.

Apple Music has a library of over 90 million songs whereas Spotify claims only 70 million.

Now clearly both services offer gigantic libraries and no one is going to get through all of what either of them has to offer.

However, Apple Music’s larger library has a big advantage for users. Due to the library being so much bigger, there is a higher chance that a user will be able to find the song they are searching for, especially if it is a niche track.

AppleInsider.com agrees and stated that:

“Catalog sizes do matter for more obscure songs that may not usually get much of an audience or alternate versions of albums. “

Everyone loves to know the lyrics to their favorite songs. The joy of singing along to the tracks that you love cannot be overstated and both Spotify and Apple Music have ensured that their users can get their karaoke fix.

However, Apple Music has gone above and beyond to make the process as aesthetically pleasing as it can be.

If you want to have the best sing-along experience, Apple Music most certainly provides it.

Apple Music Is The Platform For Music Nerds

Apple Music allows its users to dig a little deeper into the bands and artists that hit the right notes.

Users love being able to get to know their favorite musicians and their processes, and with Apple Music’s album pages, you can do just that!

Apple Music & The iCloud Music Library Is A Stand-Out Feature

Apple Music lets you take your music wherever you go by giving its users access to the music that is stored on their iCloud libraries.

All music that you have stored in your iCloud library will be in AAC 256kbps and readily available by way of the Apple Music app.

This is a fantastic option for people who already have a collection of songs already saved within iCloud and makes the listening experience a streamlined process between music found in the app and on iCloud.

To put things in comparison, Spotify has tried to mimic the set-up by allowing users to access their MP3 files from their app, but it has been plagued by issues. Moreover, the Spotify app cannot upload tracks into the app.

If you’re already an iCloud user and store albums and songs within it, then Apple Music is going to be a winner for you.

Apple Music Is Home To The Best In Radio

Many users state that Apple Music Radio is one of their favorite aspects of the platform and it’s easy to see why.

Apple Music provides its users with a real, top-of-the-line radio experience by ensuring that live shows are broadcasted around the world.

Moreover, these shows are presented by famous DJs who not only play incredible music but also include sought-after interviews with some of the most amazing artists of our time.

Live content is a massive draw for people who love the feel of radio. Apple Music delivers this to its users and ensures that big names are involved, such as Zane Lowe.

One of the great aspects of having a 24hr radio station that plays only the very best music is that users can select songs that they hear and add them to their playlists.

This feature allows its users to discover new music that is being played live by industry professionals.

Everyone has heard big things about Spotify’s algorithm that helps its users to discover new music. It’s been a huge hit amongst its users and results in new playlists every week that are tailor-made around the listening habits of a particular user.

However, Apple Music has another approach in which instead of using an algorithm to create playlists for you, it employs real people to do the hard work.

This may well appeal to those of us out there who prefer a human touch when it comes to having our music selected for us.

Apple Music is proud that the curated playlists that they provide have been designed by actual people instead of machine learning algorithms and it’s clear that many users prefer their method.

Apple Music Keeps Podcasts Out Of Your Way

One major gripe that Spotify users have stated is that the platform really seems to push podcasts onto its users.

Not everyone wants to access a music streaming platform to discover podcasts and Apple Music respects this by ensuring that podcasts stay on their own app.

That means that Apple Music users get what they came for – music. You won’t find podcasts clogging up the music library here. Instead, if you want a podcast experience, you should download Apple Podcasts.

To sweeten the deal, Apple Music users get a music experience like none other, because not only can users listen to the tracks they love, but they can also watch music videos, too.

Spotify on the other hand has limited video capabilities.

Read our blog here about 8 reasons Spotify is better than Apple Music.

There’s no doubt that both Spotify and Apple Music offer their users fantastic options to listen to and stream music, however, Apple Music does do things differently.

If you want the very best in audio quality, real radio, and a way to get deeper into the artists you adore, then Apple Music may well be the better option for you.