You might be wondering how adding a VPN affects your phone bill. So, let’s dive into the numbers and see exactly how much extra data you might be using after you sign up for a VPN service.

How Much Cellular Data Does a VPN Use?

When you use a VPN service you will increase the amount of data by a few percent. This is because of the encryption enforced by the VPN system. Encryption does add extra data to your total cellular data usage but it is very minor and will not add an extra expense.

That being said, it’s a small amount of added data.

Read on to understand exactly what you need to know about this. 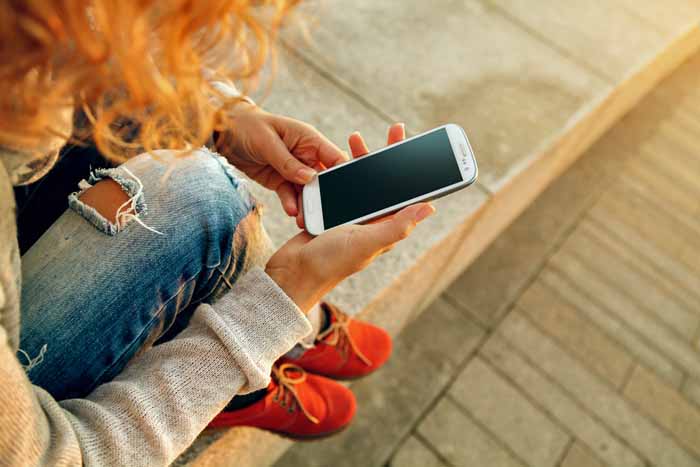 Does a VPN Increase My Data Usage?

It makes sense that the added layer of protection does take up some data. But it will only add a little bit of extra data.

But generally, you don’t need to worry about your data usage with a VPN for several reasons:

There are different protocols the VPN can use. Each has its own level of added data usage.

Some of the most common protocols are OpenVPN, L2TP, and PPTP. You often get to choose which type of encryption you want.

Here’s how they stack up:

You typically get to choose which protocol you want to use so if you’re very concerned about data usage you should go with the PPTP protocol.

Before you do so you should be aware that the reason the PPTP and the OpenVPN protocol uses less data than the L2TP protocol is that the encryption is weaker.

If you don’t know what any of this means you don’t have to bother about it at all. All three types of encryption are good and the system will default to a very strong 256-bit encryption.

We asked three VPN providers about the same thing on their chat. They had different answers, interestingly.

Here’s exactly what they answered:

We asked ExpressVPN about exactly how much extra data we should expect to be used when we enable the VPN connection on our devices.

Here’s what they told us:

Our service will not use more data for the encryption. The most that will be affected will be the speed of your connection.

Here’s what NordVPN told us:

Increased data drainage might be caused by the fact that whenever you use VPN, your whole internet traffic is getting encrypted, which means that all traffic from running applications is getting routed through VPN tunnel. You may try switching the connection protocol to TCP as it is using less traffic.
No estimates, sorry.

PureVPN answered that their services don’t use more data than conventional use (without a VPN).

The supporter’s English was REALLY bad so I’m not completely sure she understood my question correctly though I was very articulate and took my time to explain to her what I meant.

I also eventually got through to the Cyberghost guys after waiting in the chat queue for around 15 minutes.

By the way, the chat was hard to find. I needed to do first ask my question to a search engine and only after a few tries, it let me access the chat.
(But that’s content for a review, so let’s move on to the answer).

I had to rephrase my question a couple of times so I guess it’s not a typical question.

The supporter kept answering me that they have no cap on the amount of data you can use on the system. So I kept pushing about whether MY data usage on a cellular (or any other type of data for that matter) will increase as I turn on the VPN.

Here’s what they had to say regarding the added data usage:

Regarding data usage, once you are connected to a VPN, it consumes more of your data. Honestly, we don’t have accurate data usage. However, it should be minimal.

Why Does My VPN Use So Much Data?

Your VPN might be constantly trying to connect to a better server if your data usage is higher than it should be. The solution is typically to connect to another server on the VPN.

You shouldn’t be seeing excessive data usage from using a VPN.

If you’re experiencing that you need to try to connect to another server first. If that doesn’t solve the issue you should contact the support.

They can help you figure out what’s up with the data usage.

It might also be the case that you’re using a free VPN service. If you’ve been following us for while you know that you shouldn’t do that (for many reasons!).

One of the reasons you should never settle for a free VPN is that they might be doing all sorts of weird stuff on your connection.

Quit that VPN and start using a trusted VPN provider with a good reputation.