How Big Is Hootsuite? 15 Answers You Should Know

If you use or plant to use Hootsuite, it pays to know more about the company, so you get an idea of its vision, and how it aligns with your values in business.

There are a lot of things said about Hootsuite and how it evolved from the need to manage different social media profiles to overseeing marketing and public relations campaigns.

As it is, Hootsuite is now a social media that is hard to beat.

Here are some things you need to know:

How Big is Hootsuite Exactly?

Hootsuite is classified as a big company, having employed over 1,400 personnel in 13 different countries.

Because Hootsuite operates entirely online, the technological side of things is manned by a very big team.

How Many Companies use Hootsuite?

Around 25,000 companies use Hootsuite, with approximately 800 of them belonging to the Fortune 1000 companies.

A lot of companies that use Hootsuite are in the United States and are involved in the Information Technology industry.

Meanwhile, advertising and marketing businesses are a close second when it comes to the number of users.

The majority of the companies that use Hootsuite are small to medium in size, which is one of the primary markets of Hootsuite.

How Big is Hootsuite Compared to its Competitors?

When it comes to market share, Hootsuite only gets around six (6) percent of the total market share.

Currently on top is Sproutsocial, with around 17 percent.

On the human resource side, Hootsuite has the most number of employees, with at least 1,400 personnel on-board.

On the financial backing aspect, Hootsuite is the most funded among similar businesses, having raised over $300 million in funding.

What is the Net Worth of Hootsuite?

This brings the scope of this company into a stark perspective!

Is Hootsuite a Public Company?

Hootsuite is not a public company at this time.

Hootsuite has not made any initial public offerings, as of 2019.

How much Funding Does Hootsuite Have?

Hootsuite has raised at least $300 million in funding.

That is the highest among social media management tools for third-party providers in the industry.

How Many People Work at Hootsuite?

Hootsuite has around 1,400 employees in 13 different locations around the world.

This is relatively large for a company that works primarily online, but they have a lot of customers and clients to work with.

How Much Capital did Hootsuite Receive First?

How Old is the Company?

How Many Offices does Hootsuite Have?

Hootsuite has 13 locations, including two headquarters in Vancouver, British Colombia in Canada.

How Has Hootsuite Evolved?

Hootsuite started in 2008, under the name BrightKit. It was then under Invoke Media, a Vancouver-based digital agency.

BrightKit was then an app that allowed users to oversee different Twitter accounts.

In 2009, BrightKit changed its name to Hootsuite, upon a suggestion from the crowdsourcing of the company.

Hootsuite added Facebook and LinkedIn integration in 2010, making it the social media tool is known by millions of users today.

In the same year, it hit a milestone of one million users and received the endorsement from the White House.

Also, in 2010, Hootsuite began its freemium service, where users get more features when paying a monthly subscription.

One year later, or in 2011, Hootsuite doubled its users and managed to raise $ 3million in capital.

In 2020, Hootsuite continues to stand as one of the robust startups in the social media industry.

It currently has 16 million users worldwide, with its numbers continuing to rise.

It has bought several related companies as part of its growth.

What Apps has Hootsuite Acquired?

Hootsuite has bought out 12 apps throughout its existence.

The first app it bought was Swift App, a Twitter-oriented app for Android.

Hootsuite acquired the service in March 2010.

The last app it bought was TwitterBar, in April 2017.

In the same year, it had also bought out two others: LiftMetrix, a social media analytics company, and AdEspresso, an ads management service.

One of the notable acquisitions of Hootsuite is Seesmic, an app that provides similar services.

Has Hootsuite Had Any Controversy?

Hootsuite was involved in leakage of user data in the middle of the acquisition of Seesmic in 2012.

The incident involved the accidental exposure of the email addresses of thousands of users. That happened when Hootsuite sent a notification on the expiry of the Hootsuite Pro trial period.

The email was supposed to be only for those who transitioned from Seesmic, but an error caused users to receive the email hundreds of times, with email addresses of other users placed on the header.

According to Hootsuite, the glitch was caused partly by the migration of Seesmic into Hootsuite.

Who is the key Personnel of Hootsuite?

Ryan Holmes is the founder of Hootsuite.

He recently moved up from chief executive officer (CEO) of the company, and currently holds the title of Chairman of Hootsuite Media.

Meli is currently the chairman of Quietly Media, while Tedman continues his investor-work with different startup companies.

Tom Keiser is the incumbent CEO of Hootsuite and had been the chief operations officer of Zendesk, before his term in the social media company.

Is Hootsuite Only for Big Companies?

Hootsuite benefits anyone who uses social media for their business or advocacy.

It offers different plans, including free-to-use, catered to the requirements of the subscribers.

There are plans meant for individual users, teams, and large organizations.

Most of Hootsuite users are in businesses with a size of 10 – 50 employees.

Also, Hootsuite offers discounts of up to 50 percent for non-profit and advocacy organizations.

Hootsuite explores company sale worth $750 million to the least

A Brief History of Hootsuite 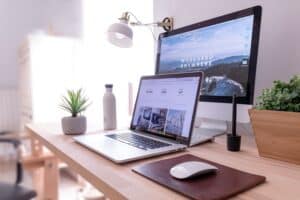 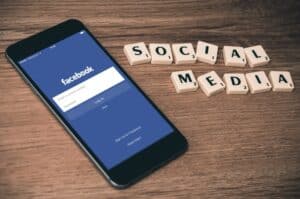