In this digitized age where the internet and smart devices are prevalent, many people have chosen to let go of their CD and DVD collections and have opted for streaming sites for their music preferences.

Considering that there are numerous top-tier music streaming apps, one might wonder, do these music apps learn your preferences, and how do they do that?

Today, we’ll look at how some of your favorite music streaming apps learn what you like and introduce you to new music of similar taste.

Here’s how Music Streaming Apps Learn what You Like:

Music streaming sites use AI (artificial intelligence) to learn users’ preferences. AI technology in music streaming looks at your music history and makes recommendations based on that. Some music streaming apps ask you to mark compositions that you like, and AI keeps track of that information. 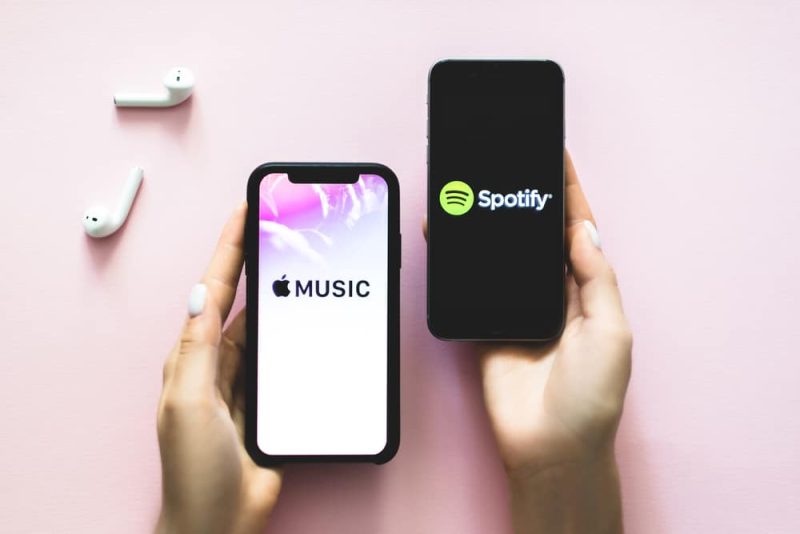 Does Apple Music Learn What You like Over time?

Apple Music is the second-largest music streaming giant and has 88 million users.

The app’s music library surpasses 100 million songs. Apple Music works on a subscription basis, where users pay a premium to stream and download.

Apple has incorporated algorithms into their database that curate recommendations and playlists based on your likes and dislikes, as well as the content that exists in your library.

Apple also tracks your usage of the app and keeps a record of your history. You, too, can view your own listening history within the app.

When you first subscribe to Apple Music, you are asked to provide information about your favorite genres and artists.

This information helps the algorithm output accurate suggestions and curate your playlists better.

Spotify has 433 million active users, and 188 million of them use the premium subscription.

BaRT goes beyond recommending music based on your likes; it uses the information it knows about you, the listener.

It looks at information like your location, your activity on Spotify’s social features, the music that you have skipped, and so on. This helps it put together a well-curated playlist like ‘Discover Weekly’ to help you find new music you will enjoy.

8 Reasons Spotify Is Better Than Apple elaborates further on this.

TIDAL is the ‘new kid on the block’ in the music streaming industry, as it was launched in 2014.

This subscription-based music streaming app gives its members access to a music library of 80 million songs and 350,000 music videos.

TIDAL’s algorithm gives you an intuitive way to pick the artists you like, and with each selected one, more artists appear.

This information is then used to tailor playlists for you and suggests new artists for you.

Tidal also has a dedicated playlist called ‘TIDAL Rising’ where up-and-coming artists are recommended to listeners.

The difference with TIDAL, is that it is more sound and artist-centric. They offer high-resolution CD quality sound, and they are the first streaming app to integrate a ‘Direct to Artist’ payout program.

Pandora was first launched as an internet radio service that generated personalized channels based on songs liked by the user.

In 2017, they transitioned into the music streaming market as a content streaming service.

Pandora uses machine learning and artificial intelligence to analyze the musical habits of its 65 million users and learns their music preferences the longer they use the platform.

In the words of Pandora’s vice president of data science:

We treat every individual very specially, and focus on contextual recommendations to understand what you like, what you listen to.

Pandora’s technological advancement is so innovative that they have added a Voice Mode feature where users can make a very vague request and Pandora will play them something they will enjoy.

Many people consider YouTube Music as a new music streaming site, but it is a rebranded Google Play Music.

YouTube Music recently clocked 80 million subscribers, including those using the free trial. Their music library is well over 80 million songs.

The interface will use this information to suggest music and content similar to your likes.

It is worth noting that YouTube Music is still YouTube; where other streaming apps may not have complete artist catalogs to recommend to you, YouTube Music does and curates more accurate music and playlists for its listeners.

And that’s their superpower.

Does Amazon Music Unlimited Learn What You like Over time?

In 2007, the Amazon Group ventured into music streaming and launched Amazon Music Unlimited.

Amazon Music Unlimited currently has over 68 million subscribers, which is 13% of the global music streaming market.

Their music catalog just falls short of 90 million songs that can be streamed.

Just like their competitors, Amazon Music Unlimited uses AI technology to personalize song recommendation based on your likes.

Amazon Music Unlimited, like Spotify, has an essentials playlist called ‘My Discovery Mix. This is a handpicked compilation of brand new tracks based on the music in your library.

Although, many users have picked up that the recommendations seem to be older and outdated.

Deezer is an underdog of the music streaming industry.

Although it was launched in 2007, it only has 12 million active users and a music catalog of over 90 million licensed songs.

Like its more renowned counterparts, Deezer makes use of algorithms to learn user preferences for a more curated experience.

Deezer customizes your experiences based on the songs you play the most and artists who appear frequently in your searches.

With this information, it creates customized playlists to recommend to you.

Can You Turn this Feature On and Off?

Music streaming algorithms can make discovering new music simple, but they lack the human element and can be an annoyance, especially when you keep getting recommendations that are not to your liking.

We have listed ways you can turn off the recommendation feature on each app.

For Apple Music, you can simply:

For YouTube Music, you can turn the feature off with these steps:

To turn off the recommendation on Deezer, you need to use the desktop app and follow these steps:

Unfortunately for TIDAL, there isn’t yet a way to turn off the suggested music feature, but we hope this will be part of an app update soon.

Currently, Pandora does not have a way to turn off the recommended music feature or to clear it. However, users are encouraged to suggest this to the developers on the Feature Request Board.

Amazon Music Unlimited also has not introduced the option to turn off recommended songs.

How Does Music Suggestion Work on Music Streaming Platforms?

It is well documented that most, if not all, music streaming platforms use AI systems or algorithms to learn the users’ preferences.

You may be wondering how exactly this algorithm learns what you like and, in turn, provides you with suggestions to you liking.

Music recommendation algorithms are designed with the purpose of enhancing the user experience by keeping subscribers engaged in the act of listening to music on their favorite streaming platforms.

Suggestions are based on artist and genre similarities.

For instance, Spotify’s acclaimed algorithm looks at the length of time spent listening; if it exceeds 30 seconds, it is noted as a thumbs up.

The longer you spend listening to a song or a playlist, the more accurate the recommendations become.

It looks at song structure and determines how songs are related by scanning playlists created by listeners.

The result: A new song appears at the bottom of your playlist, and it may seem to be connected based on the genre or the artist.

The 7 best Apps to Help You Find New Music

How To Make A Music Streaming App in 2023

How Pandora Knows What You Want To Hear Next