It’s been a while since Blu-ray entered the home entertainment market. Capable of providing hours of content, Blu-ray made its way to millions of living rooms to provide entertainment in the best resolution possible.

But with the emergence of smart TVs, is Blu-ray still be relevant, and can they work together?

Here’s What You Should Know about Smart TVs and Blu-ray.

Smart TVs have the ability to stream content from all over the web. Blu-ray is an optical media format that succeeded the DVD and can store longer, higher quality content than the latter. Most smart TVs can connect to Blu-ray players with an HDMI cord or RCA port. 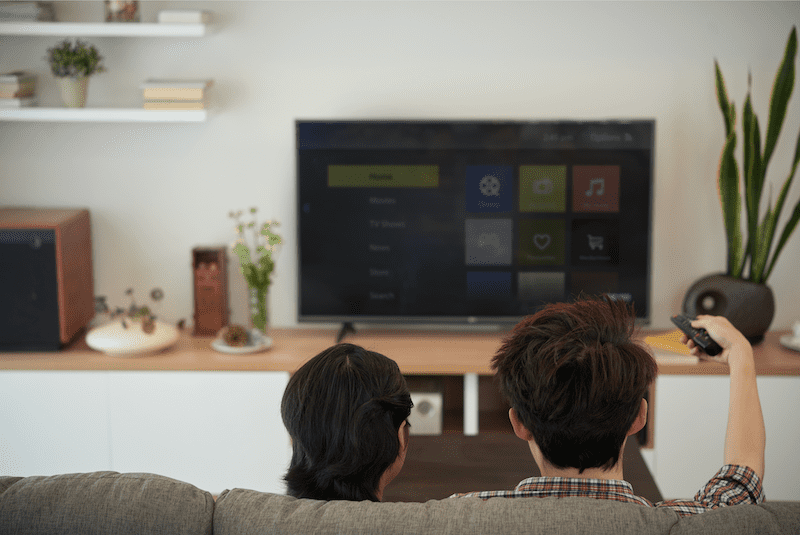 The easiest—and perhaps the only way—to watch Blu-ray content on your smart TV is through a Blu-ray player that is plugged into the HDMI port of your smart TV.

Your smart TV has a set of HDMI ports that you can use to connect your Blu-ray player.

Some of these ports have a particular purpose, such as doubling as the Chromecast input or eARC output. If possible, choose an HDMI port that only serves as an input for digital content for your Blu-ray player.

Some Blu-ray players also provide an option for analog outputs via RCA audio and video cables. But there are some smart TVs on the market that no longer offer RCA ports, which is why HDMI remains a more practical option.

In order to watch Blu-ray discs, you will need a Blu-ray player to connect to your smart TV.

3. How Do You Connect a Blu-ray Player?

Blu-ray players are connected to a smart TV through an HDMI or RCA port.

An HDMI connection is suggested since it can support high definition.

4. Can You Buy a Smart TV with a Built-in Blu-ray Player?

There are a few smart TVs that come with a built-in Blu-ray, but it is not common.

Most smart TV manufacturers have opted out of adding a Blu-ray player due to the added cost of production and because it is no longer a popular entertainment mode, given today’s streaming-heavy world.

Streaming is simply more convenient for today’s watchers. Blu-ray limits you to the discs you have on hand, and they also take up physical space and can be damaged.

5. Are Blu-ray Players Being Phased Out?

As home entertainment consumption shifts towards online streaming, it may seem that Blu-ray players are getting phased out.

But Blu-ray discs have their own advantages. You can watch without an Internet connection, you have a physical copy of the content you want to watch, and you don’t have to worry about recurring fees.

With the emergence of streaming platforms, makers of Blu-ray players have stepped up their game and added some functionalities of smart TVs, particularly the incorporation of common streaming apps.

Other manufacturers, like Samsung, have stopped producing Blu-ray players.

6. Do Blu-ray Players Work with All the Major Smart TV Brands?

Blu-ray players will work with any smart TVs, as long as there is an available HDMI port.

Whether you use a smart TV by Samsung, Vizio, LG, or Sony, you won’t have any issues connecting a Blu-ray player.

7. Will a Blu-ray Player Turn My TV into a Smart TV?

Some Blu-ray players come with features that let you access streaming platforms, just as a smart TV would.

These Blu-ray players connect to the Internet via Ethernet or Wi-Fi.

You can think of them as set-top boxes or streaming sticks, except that they have an optical drive to read Blu-ray discs.

But be warned, most of them perform mediocrely when used for their smart TV function.

You are really better off using an actual smart TV.

8. What Else Can You Do with a Blu-ray Player and a Smart TV Together?

Your Blu-ray player can also play DVDs and VCDs.

If your Blu-ray player supports 4k resolution, you can upscale the resolution playing DVDs and VCDs to 4k. DVDs and VCDs have a resolution of 480p, and by using the upscaling feature, you can watch this content on a larger screen.

While upscaling won’t be as crisp as actual 4k-rendered content, the results will still be decent, at the very least.

And if you have CDs, you can also use your Blu-ray player to play your collection of audio CDs.

It won’t be as cool as older stereo systems that have disc changers, but it still does the job.

9. Is It Still Worth Buying a Blu-ray Player?

If you don’t have a Blu-ray player nor smart TV but have a wide collection of discs, such as DVDs, then you can consider buying one.

Should that be the case, you may want to go for a Blu-ray player that has streaming apps and a USB drive so you can turn your ordinary TV into a smart TV.

If you are into games and want a Blu-ray player, you can opt to get a Sony Playstation 5, or an Xbox One X, as both can play Blu-ray discs.

10. What Are the Best Smart TVs to Use with Blu-ray?

There are a lot of smart TVs on the market today that work well with Blu-ray. But what sets the best apart from other smart TVs is the picture quality.

Here are some recommendations for smart TVs that work well with Blu-ray players.

The LG CX is one of the best OLED smart TVs on the market. You can see its current pricing on Amazon.

It can display deep blacks by independently switching off pixels for an infinite contrast ratio for night time viewing.

The CX can take out 24p judder from sources like Blu-ray players, and it enhances motion appearance. It also features both HDR10 and Dolby vision and has a wide color gamut for HDR.

Its only downside is its risk of burn-in, which is common for OLED displays. But that can be resolved by making sure one static image isn’t displayed on your TV for long periods of time.

The Samsung Q80T is known for its accurate colors right out of the box. Check its price on Amazon.

The contrast ratio is high and comes with a full-array local dimming, so you won’t have a problem using it in dark or well-lit environments.

Viewing angles are also wide, so seating placement won’t be an issue.

The Q80T can handle HDR content well, and it can also remove judder from different sources. However, low frame rate contents may stutter, as the response time of the Q80T is fast.

If you are on a budget, the Hisense H8G is a great option. Depending on screen size, the H86 starts at around $500.

Considering its price, you will be surprised at what I can do.

The contrast ratio is top-notch, and it has good black uniformity. The H8G also has full-array local dimming that can render deep blacks consistently.

There is also the option for Black Frame Insertion, which minimizes motion blur. It has a wide color gamut for HDR content and uses Dolby Vision for image enhancement.

Its only drawback is its limited viewing angles, which can be a problem for wide seating.

Before You Buy a Blu-Ray Disc Player

What Types of Connections Do Blu-ray Disc Players Have?