High-speed Internet connections have changed the way people use the web. They allow content makers and personalities to do live streams and bring content to their audience wherever and whenever.

And you don’t need to make do with your computer or smartphone to enjoy a live stream: You can watch it all on the big screen of your smart TV.

So, what can you expect from watching live streaming on your smart TVs?

Here’s What You Need to Know about Smart TVs and Live Streaming.

Smart TVs can be used to view content from the Internet, including live streaming, which is the broadcast of video or audio over the Internet in real-time. While you can watch live streams via smart TVs, you cannot interact with or comment on them. 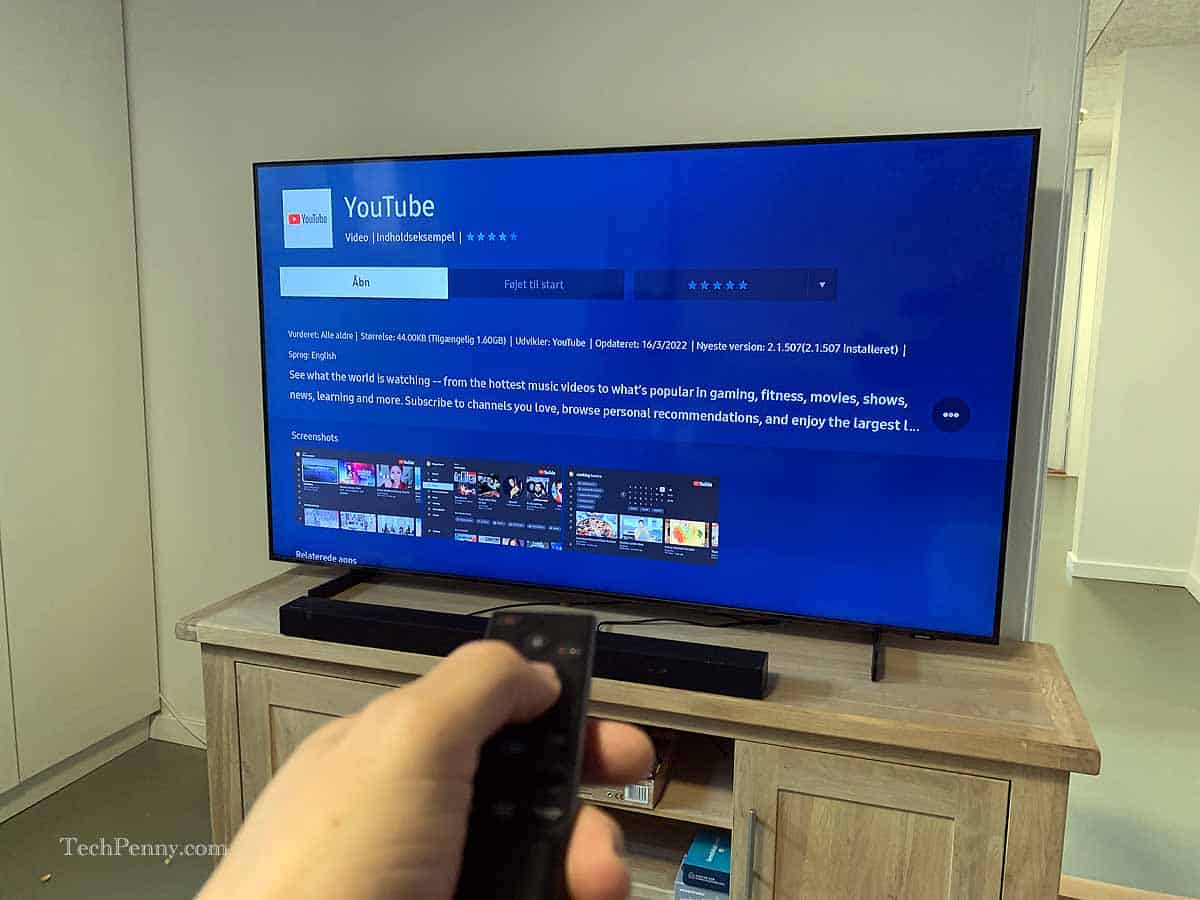 1. Can You Watch Live Streaming on a Smart TV?

While not all apps are available on all smart TVs, there are common apps available on most popular smart TV platforms, such as YouTube, where a lot of live streaming occurs.

2. Do You Need a Smart TV for Live Streaming?

A smart TV is an excellent way to enjoy live streaming. But they aren’t a necessity!

You can use other devices, such as smartphones, tablets, and computers, to watch live streams.

All these devices have one common need for watching a live stream, though: They all rely on a high bandwidth Internet connection.

The most notable app for live streaming content on Samsung smart TVs is the Samsung TV Plus app.

Samsung calls this service “free TV with no strings attached.” And this tagline holds.

That’s quite a lot for a free service.

You only need to download the Samsung TV Plus app and begin watching. 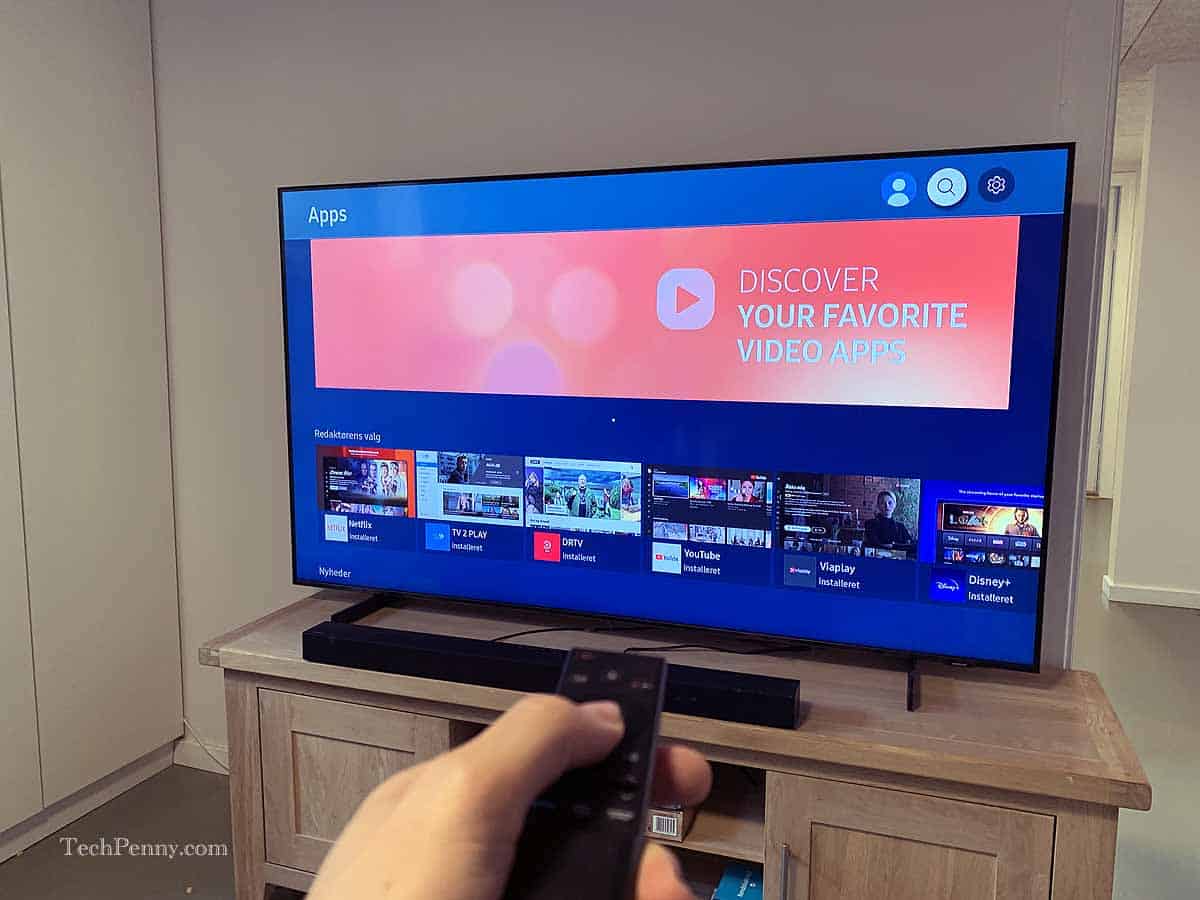 The Samsung TV Plus app is available for most Samsung smart TVs released after 2016 and is also available for some Galaxy smartphones.

Other apps worth noting that are available on Samsung smart TVs are:

Unlike Samsung, LG does not have a dedicated app for streaming live content.

But LG has apps that can bring you live-streaming content. These apps are:

Unfortunately, Vizio does not have an app selection as wide as other smart TV brands for streaming live TV.

Since it uses Android TV, Sony has access to most video streaming services. If you are looking for which apps are great on Sony for live streaming, here some recommendations:

7. Can You Get 4k Live Streaming on a Smart TV?

You can get 4k live streaming on your smart TV on the following conditions:

These conditions are non-negotiable. Meaning, you need to fulfill all three to get a 4k resolution.

8. Can You Use a Smart TV to Broadcast a Video on the Internet?

You cannot record and broadcast a video through your smart TV.

Smart TVs that have built-in webcams or are compatible with third-party webcams can do video calls, but you cannot mirror these calls over platforms like YouTube or Facebook Live.

9. Can You Stream Live on YouTube with a Smart TV?

You can watch live streams from YouTube on a smart TV, but you cannot use your TV to broadcast or film for you.

Smart TVs were designed mostly to receive data, particularly videos. They were not designed to send data over the Internet for broadcast.

10. Can You Stream Live on Facebook with a Smart TV?

The Facebook Watch app for smart TVs is only for viewing videos on your smart TV, including those on Facebook Live.

You cannot use the app to stream or record on your smart TV.

11. Can You Stream Live on Discord with a Smart TV?

You cannot stream live on Discord with a smart TV due to the following reasons:

If you are looking to watch a live stream from Discord, your best bet will be to mirror your screen to the smart TV via Chromecast or AirPlay 2.

12. Can You Stream Live on Twitch with a Smart TV?

You can’t use your smart TV to stream on Twitch, as smart TVs were not designed for that purpose.

But you can watch content on Twitch using your smart TV using Chromecast.

Twitch is only compatible with Chromecast. Thus, your smart TV must have Chromecast built-in or have a dongle available for that purpose.

13. Can You Watch Live Streams on a Fire TV Stick?

You won’t have any problems watching live streams on a Fire TV Stick, as it supports many of the popular streaming apps that support live streams.

14. Can You Watch Live Streams on a Roku Streaming Stick?

You can watch live streams on a Roku Streaming Stick.

Like the Fire TV Stick, the Roku Streaming Stick supports plenty of live-streaming apps (or channels, in Roku’s vernacular). Many of these apps feature content that is streamed live.

15. Is it Better to Watch a Live Stream on a Smart TV, a Smartphone, or a Computer?

The advantage of watching a live stream on a smart TV is that you get to enjoy the broadcast on a large screen with higher image quality. 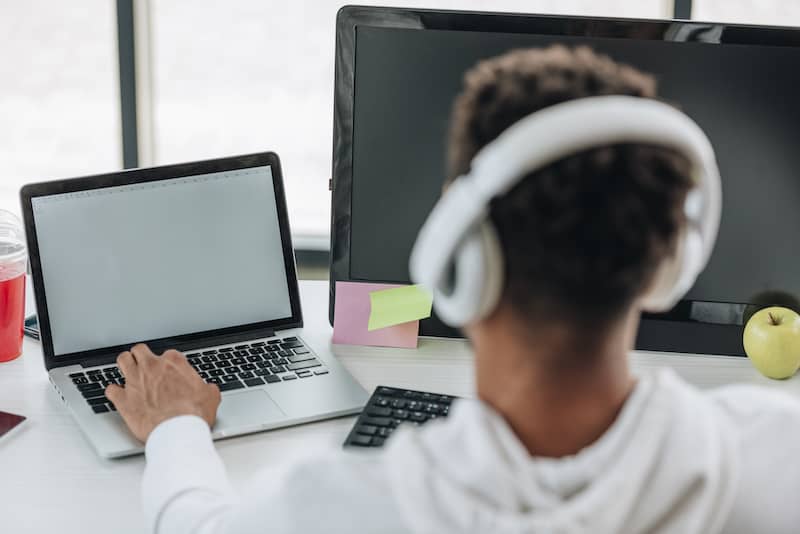 If you plan to join any chats during the live stream or want to see any links in the description, you are better off watching on a computer or smartphone/tablet.

16. What Are the Best Apps for Watching Live Streams on a Smart TV?

If you are looking for apps that have live streams, here are some suggestions. Note that these apps have the broadest compatibility on smart TVs.

YouTube is the second largest search platform, next to Google, and it has billions of videos available.

Hulu’s Live TV service is also a good option for those who want to watch live broadcasts through the Internet.

Some of the channels that broadcast live available on Hulu include ABC, CBS, NBC, and ESPN. That’s on top of the cable TV channels you can get through the platform.

If there’s a live streaming service that can go head to head with YouTube, it’s Hulu.

Sling TV is one of the more affordable live-streaming apps you can get on your smart TV.

But you can also get both plans for only $45 a month.

To give you an idea of what to expect from each plan, the Blue plan features FX, El Ray, Viceland, and 44 other channels, while the Orange plan has CNN, Food Network, ESPN, and 29 other channels.

If you go for the combined plan, you get a total of 53 channels for you to enjoy.

If you are more inclined to cable TV, Philo TV is your best solution.

The channel selection of Philo TV is geared toward former cable TV subscribers. Unfortunately, it does not have local channels, and its sports selection is not that wide.

Some of the channels that broadcast live with Philo TV include BBC America and MTV Live. You can get Philo TV for $20 a month, making it one of the cheapest on the market.

Live streaming boosted the number of people who cut cords or canceled cable subscriptions in favor of Internet-based broadcasts.

It has also allowed content creators on various platforms to reach and engage a wider audience by being able to broadcast whenever and wherever in the form of live streaming.

The top streaming apps for your new TV

Smart TVs: Everything you need to know

How to watch Twitch on your Smart TV