The debate over whether it’s better to turn off or unplug your electronic devices has been raging for years. But there are real reasons why both strategies are important.

The answer, as it turns out, is not as simple as you might think. While there are some experts who prescribe unplugging electronics for an hour or two each day, others believe that the benefits are negligible at best and potentially harmful at worst.

In this article, we’ll explore the difference between turning off and unplugging devices. We’ll also look at when it makes sense to do either, as well as when it doesn’t.

Here’s If It’s Better to Switch Off or Unplug:

There’s no concise answer for switching off or unplugging. Instead, it depends on the type of device you’re using, as well as how old it is. For example, if you have an older microwave or a VCR, unplug them rather than turn them off since they could still draw power even when they’re switched off. 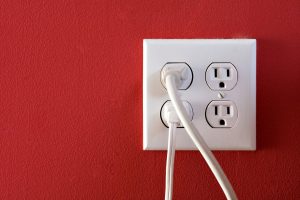 What’s the Difference Between Turning Off and Unplugging?

When you turn off the power to an electrical device, it does not stop using electricity. It just stops using the power from the outlet. The device continues to draw energy from its batteries or other storage mechanisms until they run out of juice.

If you’re using a battery-operated device, like a laptop computer, this also means that it will continue to consume energy even after you’ve shut down the device.

However, if something isn’t plugged in and still consuming energy, then it could be considered wasteful even if it’s turned off.

For example, if you leave lights on when no one is home or appliances running when not in use for extended periods of time (such as an air conditioner), then unplugging them is a good idea because this will eliminate wasted energy usage entirely

When Should You Do Either?

It’s easy enough to tell when you should unplug your devices.

If there’s no on/off button on the device itself (like with most TVs), then check the location of its power cord — if there’s an outlet nearby where you can plug in another device (or even just a lamp), then just unplug it.

Here are 4 scenarios to help you determine when to unplug or switch off:

Can Electronics Still Use Power When Turned Off?

Yes, but the amount of power is minimal. For example, a computer might use about 10 watts of power when it’s turned off.

This can be enough to cause your electric bill to increase by $10 per year. However, if you leave the computer on all day long, it can use up to 1,000 watts of electricity. In other words, turning off your computer will save you money and help protect the environment.

There are two categories of electronics: those with a standby mode and those that don’t. Standby mode refers to an electronic device that uses very small amounts of electricity when in the “off” state but still plugged in.

There are two main reasons why it’s used: to maintain memory and charge batteries so they’re ready to use when you want them.

If your device has a standby mode, it continues to use electricity even though you think it’s off. It’s often used on devices like printers and routers, where you want them to be ready at any time.

Read our blog here about should you unplug computers when not in use?

How Much Power Does Your Phone Use When It’s Off?

There are two main reasons why turning off your phone is better than unplugging it:

It uses less energy. When a phone is turned off, its screen isn’t lit up and its processor isn’t running any apps or syncing data. That means it uses less power to keep itself ready for use when you need it next – and that could save you money in the long run.

It may extend your battery life. If you’re worried about preserving your battery life, try turning off your phone entirely when you’re not using it rather than just putting on airplane mode or leaving it on standby.

This will help avoid any unnecessary power drains caused by apps running in the background or syncing information with the cloud while waiting for users to return from their day at work or school.

The amount of power a device uses when unplugged is small compared with what it consumes when it’s powered up, but still significant if you’re trying to cut costs or conserve energy. A 2009 study by the Natural Resources Defense Council (NRDC) found that 75% of all electricity used in U.S. homes goes toward powering appliances and electronics that are not turned off when not in use.

Does It Really Matter If You Unplug or Turn Off a Device?

The short answer is no.

However, there are some other factors we should consider:

Should You Unplug Extension Cords to Save Power?

Some of the most common household items are extension cords. These handy devices allow you to connect appliances that don’t have a cord (or can’t be plugged directly into the wall) with your main power source.

The cords themselves aren’t really a problem — it’s the fact that they’re always connected that causes problems for energy efficiency.

According to Energy Star, the government-backed program created by EPA and DOE to help consumers reduce energy use in their homes: “Unused devices draw 20 percent of all electricity consumed by homes.”

That number may seem high, but it’s not just your computer charger and phone charger that are sucking up power when you’re not using them; it’s also your lamps, TV remote, coffee maker, even electric toothbrush.

Is Switching Off at the Wall the Same as Unplugging?

Unplugging an appliance from an electrical socket means that it no longer receives power from the wall. This means that your microwave will stop cooking, your TV won’t turn on and your laptop won’t charge anymore.

You can still use these devices if they don’t have a battery or a backup battery (like some laptops). However, if they do have one, they will stop working until they are plugged back in.

Switching off at the wall means cutting off power supply to whatever you’re switching off (for example, turning off lights) so that there’s no chance of them coming back on accidentally while you’re away from home.

It doesn’t mean that you’re actually unplugging anything or powering down computers or other electronic devices.

Check out this blog about can I leave chargers plugged in all the time?