Apple Music is a great service, but it’s not without its share of problems.

Some people have reported issues with buffering when using Apple Music and on top of that, some are frustrated by what seems like an increase in buffering.

If you’re experiencing this issue or if you’re just curious about why it happens in the first place, read on to learn more about what causes buffering and how it affects your experience with the service.

In either case, there are several things you can do to fix these problems so that your music will stream without any interruptions.

The main reason is because of your internet connection speed. Another reason why Apple Music buffers often is when you’re playing songs with high bitrates. If you’re using an old version of iTunes or macOS, then updates might be available for both these apps in order to fix these problems. 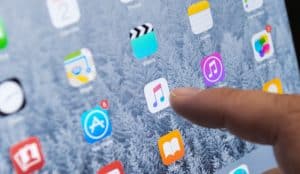 Does Apple Music Buffer Because of the Internet Connection?

The internet connection you use can also have an impact on Apple Music buffering.

If you’re using a slow connection, like dial-up or even a standard DSL connection, the app will buffer more than if you have faster speeds (like cable or fiber).

In addition, whether your device is connected via Wi-Fi or Ethernet can make a difference in how much it buffers.

How Can You Prevent Apple Music from Buffering?

There are a few things you can do to get rid of buffering while listening to Apple Music.

You can use a VPN, which stands for Virtual Private Network. A VPN will encrypt your data and hide your location, making it harder for sites to track you down and serve you ads that don’t apply to where you live (or even exist).

It also allows you to access sites in other countries that might not be available in yours because of geo-restrictions.

There are plenty of free or paid options out there (we’ve got a list here), so give one of ’em a shot!

Another thing worth trying is using the Wi-Fi connection on your phone when streaming music from Apple Music instead of LTE/4G/3G/2G cellular networks.

While this may seem counterintuitive, it’s actually been shown that using WiFi over cellular connections results in better quality streaming due to lower latency rates—and latency is one major cause of buffering issues.

So if possible (and if there’s no chance someone else will need the internet right then), give this method a shot before connecting via cellular again.

Lastly—and maybe most importantly—make sure there aren’t any other apps running while trying to listen through Apple Music.

The more apps running at once means more processing power needed by each individual app; add too many up at once without enough processing power available and things start slowing down fast.

If none of these solutions work for you on their own but together they seem promising then give them both another go before turning back towards something like restarting the phone.

Read our blog here about 8 reasons Spotify is better than Apple Music.

Why Do Apple Music Podcasts Buffer?

If you’re having trouble with Apple Music’s podcasts, it may be because they’re not streamed.

Instead, they’re downloaded in the background.

When you play a podcast on Apple Music and have connectivity, the podcast episode will start playing immediately without buffering or pausing.

When you play an episode while connected to Wi-Fi or cellular data using iOS 11 or newer, it will start downloading as soon as playback begins.

This means that your device needs enough storage space for this download—if it doesn’t have enough memory left over after other apps are installed (which is usually standard), then the app will automatically stop downloading new episodes until there’s more room available on your device’s hard drive.

The short answer is yes, but the long story behind it is a bit more complex.

So what causes Apple Music and Spotify to buffer more than other music services?

The answer is simple: file quality. The higher quality the file you’re listening to, the longer it takes for it to load onto your device — whether that’s an iPhone, iPad, or Macbook Pro.

This isn’t necessarily bad news for Apple Music users — in fact, it means that Apple Music may actually sound better than competitors like Spotify because of its higher-quality audio files.

Apple Music has been around for a few years now, but only recently did it start to get popular among music streaming lovers.

The service was struggling to keep up with Spotify’s popularity until this year, when it started offering better features and paying artists more money per stream.

But even though Apple Music is now competitive with Spotify, it’s still not perfect. There are some issues with its streaming quality that may make you think twice before deciding which service to use.

If you’re comparing Apple Music vs Spotify and wondering why Apple Music buffers more often than Spotify, the answer lies in how each service works:

This is why Spotify can afford to offer free trials with no ads.

This is a no-brainer.

Apple Music has been around for years, so you’d expect it to be better than YouTube at this point.

It’s also more expensive, which means that its users are probably more engaged with it and thus more likely to stick around during buffering times.

However, if you’re just looking for music videos or songs in general then YouTube might be a better option for you because of its various playlists and recommendations (which make up the bulk of the site).

You’ll find plenty of options here that make browsing through content easier—especially if you’re looking for something specific—and this is especially true with music videos because they tend not to have as much variety as genres like rock or pop/alternative where there are dozens upon dozens of tracks available on one album alone.

How Should I Fix My Apple Music Buffering Problem?

Read our blog here about 8 reasons Apple Music is better than Spotify.

Buffering is the process used when streaming media content such as video or audio files over a network connection such as Wi-Fi or cellular data.

It involves downloading chunks of data while they play which allows them to load quickly when needed instead of having to wait until they finish loading completely before playing back any portion of them (known as “streaming).

What if Apple Music Has Stopped Working Completely?

If you can’t even get your app to load, try these tips:

One big problem with Apple Music is that it frequently buffers — and not just in areas where Wi-Fi is poor or there are many other users on the network. The app can often start playing music before it’s finished buffering, which leads to audio dropouts and stuttering playback.

So, I would like to say that it is not always your fault if you experience Apple Music buffering.

In fact, when it comes to streaming services, there are many factors that can result in a slow Internet connection and poor audio playback quality.

So the next time you experience a slow stream or even disconnections from Apple Music, try troubleshooting these common issues before blaming yourself.