If you’ve ever used Apple Music, you know that the shuffle feature, which plays songs randomly from your library, can be pretty hit-or-miss.

But if it seems like a song is playing over and over again, there’s probably a good reason.

In this article, we’ll explain why music repeats on Apple Music and show you how to stop it from happening for good!

The most common reasons for repeating songs are; you’re listening to a playlist that has only one song, you have iCloud Music Library turned off, and have purchased music from iTunes and the algorithm has picked up too many songs similar to your choices. 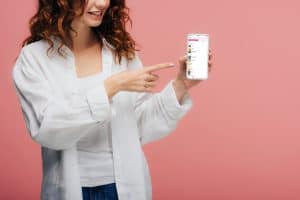 There are a lot of different types of shuffles, but the one that’s relevant to Apple Music is “Shuffle Songs.”

It’s called that because it will play all the songs from your library in the order they were added to your library, rather than mixing up those songs with other random tracks from your collection.

However, if you play music on Apple Music for any length of time and then start playing it again later (without closing out of the app), you may notice that certain tracks seem to pop up repeatedly during your listening sessions.

Apple Music is an excellent music streaming service, but one of its biggest shortcomings is that it repeats songs. While there are some users who are fine with this behavior, others find it annoying and frustrating.

If you’re one of those people who want to stop Apple Music from repeating songs, then here’s how to do it.

What Happens if the Shuffle Keeps Repeating Songs?

If you are a subscriber to Apple Music and have encountered this problem, it can be frustrating.

There are many reasons why your shuffle may repeat songs:

Read our blog here about 8 reasons Apple Music is better than Spotify.

How Does the Shuffle Algorithm Work?

It then plays through each group, one after another, until it runs out of possible combinations; at this point, it starts over again at the top of each group until they’re all exhausted (or until someone hits shuffle again).

This is how Apple Music’s algorithm works:

The reason why this happens is that Apple Music doesn’t want people thinking they’re just listening to some random music on their iPhone or iPad—it wants them to feel like they’re using something similar to Pandora or Spotify or Google Play Music.

Is The Order Of Songs Randomized Every Time?

You’re not imagining it, the shuffle algorithm is not perfect.

In fact, it’s not random at all! The algorithm may seem random to you because there are so many songs in your library and the chance of hitting one you haven’t heard before is pretty slim.

Here are Solutions to Stop Apple music from repeating songs

Here are solutions to stop Apple music from repeating songs:

If you have a song that you want to play next, but it’s not the current one, go to that song and tap on the three dots in the top right corner. You’ll see “Play Next” or “Play Later.” Tap “Play Next” and then go back to your home screen.

The second solution is to turn off Repeat. To do this, go to the main menu and select the repeat button.

If you have shuffled songs turned on, it will say Shuffle at the top of your screen.

Make sure that “Shuffle” is selected so that it says Shuffle instead of Repeat, then scroll down until you see the option for Off in both cases: Shuffle and Repeat. Select Off on both screens to disable these options entirely.

The final solution is to remove the songs from your library and listen to a different playlist.

To do this, go to the music tab and select “Library” from the top menu bar. Once you are in your library, press “i” on any song you would like deleted.

This will bring up an information window for that song that also has an option for deleting it from your library (under “More Options”).

Pressing this button will permanently remove it from your collection and stop it from playing again in shuffle mode.

To remove multiple songs at once, use either Command+A or Control+A keys on macOS or Windows respectively while holding down the shift key to select all of them at once then delete them one by one as described above or all at once with “delete selected items” button located next to the details section of each song.

The fourth solution to fix the shuffle repeat songs problem on Apple Music is to restart your phone.

Restarting your device can resolve many issues and problems, including those that have been introduced by a software update or other app installation.

This method usually works well if there are problems with any apps installed on your iPhone or iPad; if given enough time between restarts (we recommend 3-5 minutes), it should clear up any issues causing repeated music shuffles in Apple Music!

If you find yourself in this situation, there’s still hope.

Restore your device from iTunes or iCloud to factory settings, then restore it once more to a previous backup.

This will give you all of your data back—including music—and allow you to start over with a clean slate.

Apple Music is a great service, but it has a major flaw: it often repeats songs. The problem is not limited to just one song or album, so it’s not an isolated issue.

We hope that you have a better understanding of how Apple Music shuffles and repeats songs. If you have any questions or comments, feel free to reach out in the comments below.