If you’re building a video streaming rig with OBS as the core of your setup, you have different options for computers to run it.

What to Know About Using OBS on Different Devices:

Being available on most operating systems, you won’t have difficulty choosing a device to run OBS. OBS is an app available on Windows, Mac, Linux, or Unix systems. While it’s available on different platforms, your mileage will vary on your computer’s specs. 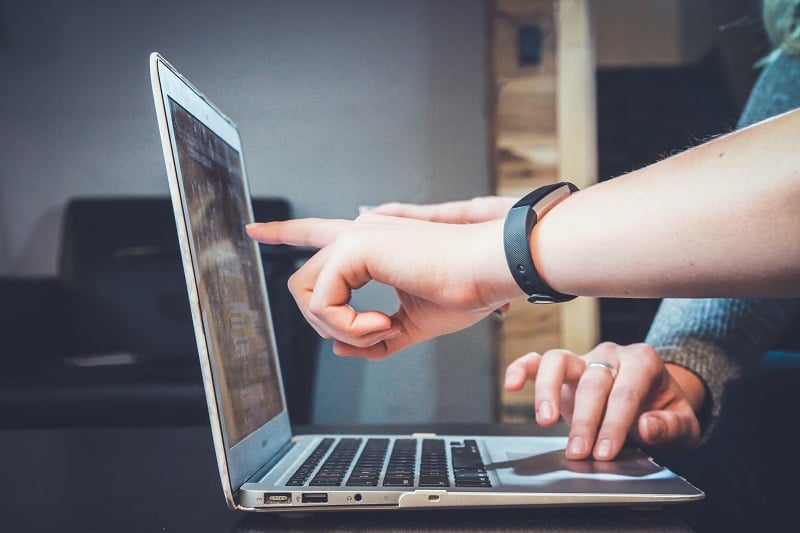 1. Can a Chromebook run OBS?

OBS was not designed to run on Chromebooks due to the latter’s hardware.

RELATED: OBS & Backgrounds – What Can You Do?

A Macbook can run OBS, but the smoothness of the performance will vary based on the specs.

The newer Macbooks that run Intel processors can run OBS smoothly since they have higher memory and better web cameras. The older ones, such as those released in 2014 or earlier, might struggle due to the amount of RAM.

In addition, you need to have an OpenGL 3.3-compatible Graphics Processing Unit (GPU) to use OBS on a Mac.

Like other Macbooks, the Macbook Air can run OBS, but the performance will vary based on the specs.

Your Macbook Air needs at least an Intel processor to run OBS and an OpenGL 3.3-compatible GPU.

Unfortunately, iPads are not compatible with OBS.

You can, however, use apps like Streamyard, which is browser-based.

For app alternatives, you may want to look up Prism Live Studio, which is free, and Livestream, one of the more popular live streaming apps for iPads.

Technically, you cannot run OBS on your iPhone, just like the iPad.

iPhones are known for their crisp images, thanks to their cameras. If you own an iPhone released in 2016 or later, you can take advantage of this third-party app called the OBS camera.

The OBS Camera app lets you use your compatible iPhone during OBS streaming. That is a good option for those who don’t want to buy a dedicated DSLR or webcam but want to take advantage of their iPhones.

Now, if you’re looking for streaming management, you can use Streamyard, Prism Live Studio, and Livestream.

6. Can a Huawei Tablet run OBS?

You can use the camera of your Huawei tablet as a camera for OBS, but you cannot use it to manage your stream on OBS.

Now, if you’re looking to manage a live stream with your tablet, your best options would be Streamyard, Prism Live Studio, and Livestream.

7. Can an Android Phone run OBS?

You can use your Android smartphone as a webcam for OBS.

You can download Droidcam to make this happen to take advantage of the camera quality.

And like the iPhone, you cannot use Android phones to manage OBS. You can use Streamyard, Prism Live Studio, and Livestream.

You can use a computer running Windows 7 to run OBS, but two things to note.

First, Windows 7 has already been discontinued. Meaning, you won’t get any support, and updates will be hard to get by.

Second, OBS may stop its support since Windows 7 has been discontinued. If you want to use Windows 7, you need to be using version 25.0.4.

You won’t have any problems running OBS on a Mac Mini.

You should not have any issues streaming with OBS for the most part. But if you are using an older model, you may experience some hiccups due to the computer’s specs.

Note that OBS only runs on Macs using the Intel processor and needs an OpenGL 3.3-compatible GPU.

The iMac can run OBS with the same limitations as the Mac Mini.

Like the Mac Mini, the Mac Pro needs an Intel processor and an OpenGL 3.3-compatible GPU.

While the Raspberry Pi isn’t certified by OBS as a compatible device or system, you can compile and make it run with your Raspberry Pi.

If you’re not used to tinkering with codes, you’re better off using a computer.

However, if you are willing to take on the challenge, it’s highly recommended to check this tutorial on installing OBS on Raspberry Pi.

13. Can an i3 Processor Computer run OBS?

You won’t have any problems using a computer with an i3 processor to run OBS.

Based on the system requirements of OBS, the software looks on your Graphics Processing Unit.

Although, it is worth noting that OBS needs an Intel processor when running on Mac.

While there are versions of OBS meant for 32-bit computers, the default download of OBS is for 64-bit processors.

Unfortunately, the newer Mac computers that use the M1 chip cannot run OBS yet.

You can expect support for it, considering that Apple shifted to its proprietary processor for its succeeding computers.

Considering the demands of video streaming and other applications, running OBS with only four gigs of RAM will be a challenge.

If you’re looking for a smooth experience, 8 GB should be the standard, while at least 16 GB is recommended.

You won’t have problems using a Windows 8 computer to run OBS.

Your mileage varies, depending on the specs of the computer.  At the bare minimum, your computer’s graphics card should at least be Direct 10.1.

You can also have a better streaming experience with high RAM and faster Internet.

Running OBS on a Core 2 Duo computer will work, but limitations will be.

You may not reach the full framerate and resolution with older Core 2 Duo processors.

If you have a computer running a Core 2 Duo processor and want to get the best possible streaming, you should focus on having good Internet speed and RAM.

As long as the low-end computer meets the minimum system requirements set by OBS, it won’t have a problem running the streaming software.

But remember that your mileage varies, depending on your computer’s specs.

You might run the software with low RAM, but you won’t get the best experience.

Yes, OBS is compatible with Ubuntu since it is natively supported.

Just like Ubuntu, you can run OBS on your Ubuntu Studio system.

OBS is compatible with Linux Mint since the latter is very similar to Ubuntu.

OBS doesn’t officially support Fedora, but you can install it through this guide.

The instructions are simple, and all you need to do is copy and paste the commands on Terminal.

Can a Playstation 4 run OBS?

A Playstation 4 cannot run OBS. If you’re looking to stream your game on your social media platforms, you can install the Sony app on your PC.

From here, you can share the window on OBS.

Can a Microsoft Xbox run OBS?

If you’re looking to stream your game, you need a dedicated computer and capture card that will transfer video signals from your Xbox to your computer.

What are the System Requirements of OBS?

You any of the following to run OBS on your device:

Which has Better Platform Compatibility, OBS or Streamyard?

Between the two streaming tools, Streamyard has the advantage of availability for most devices since you can use it through a web browser.

On the other hand, OBS gives you an edge with the tools and plugins you can access to improve your stream.

If you’re looking for an easy-to-navigate system, Streamyard is better, but if you want an app and tools to improve your video, then go for OBS.

OBS has broad compatibility with different devices, but its best used with the more popular and high-spec computers in the market, such as gaming computers and other computers meant for multimedia applications.

If you’re building a streaming rig, the great thing about OBS is, it’s free so that you can focus on spending on better components.

You don’t have to worry about monthly licenses and limitations when you stream.